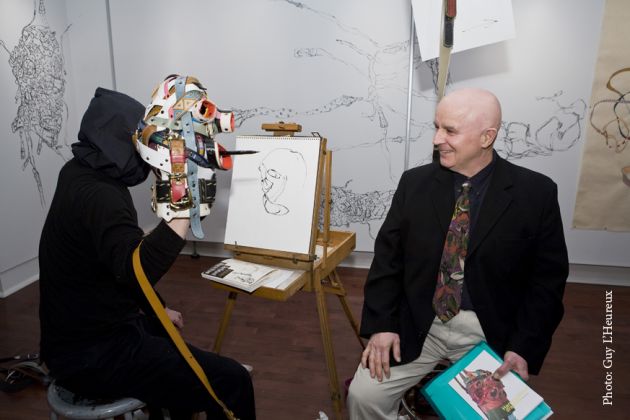 Myth has it that the beginning of drawing has its foundation in the hand-trace, delineating an edge of a shadow on a wall. Debutade, a Corinthian maid, consciously traced the shadow of her lover, asleep, before his departure so that she could accurately remember his image.

Recording to evoke memory and to animate what resides in our mind’s eye is a ritual with transformative consequences. Holding her breath, Debutade’s intimate gesture of hand and trace extended her lover’s presence, suffusing it with life beyond the barrier of what is familiar to that which is ethereal. Through her performance, the act of drawing transcended matter.

Francois Morelli takes stock of drawing’s unique position in the spectrum of the arts. Acknowledging its scope as serving traditional and rebellious purposes, he embraces drawing’s parameters as being central to his way of constructing his identity. Through his drawings as well as his stampings and assemblages, he comes to terms with the potential of the performance as an “action” – the making and the witness as a collaboration between himself and the audience; celebrating the nature of the process, the venue which it conditions, and the present moment in which it occurs. He undertakes the challenge to expose what is essentially an intimate practice and situates it as a meditative spectacle. Francois Morelli frequently steps out of the conventional model and initiates the spectator to bear witness to a transitory process where artist is transformed into a shaman, and constructed objects are imbued with animation and intrigue. Implicated, the spectator is privileged to be observing first-hand the transformative attributes of drawing.

Constructed heads, appropriately called “belt heads,” are fashioned from a consortium of used belts of various types and colours, all held together with grommets. These anthropomorphic, bodiless heads are suspended from the studio or gallery ceiling only to be later animated like a ventriloquist’s hand-held puppet. As an extension of his body, these belt heads acquire creative capability when he inserts brushes in their mouths. He gives them visual voice as he guides them to paper. The imaging that ensues is the manifestation of a reflective moment where artist/puppeteer and puppet are inextricably connected. The artist is the puppeteer of his own character and will inhale through the puppet his character’s essence and breathe out through the puppet that character’s being, exhaling it onto the audience.

Like the Corinthian maid’s shadow, Francois Morelli’s belt heads are effigies of his duplicity in the constant shifting paradigm between how we come to understand ourselves as individuals and what we aspire to in a collective structure.

Currently, the exhibition at Montreal’s 1700 La Poste, eponymously titled Francois Morelli, chronicles the artist’s creative engagement over a period of four decades. Curated by Isabelle De Mévius, the centre’s artistic director, the exhibition is a tour de force retrospective, taking stock of one of Montreal’s most prolific and celebrated multidisciplinary artists.

I conducted the interview that follows with François Morelli as curator of the exhibition François Morelli, Hand to Mouth, at the Warren G. Flowers Gallery, Dawson College, in 2008. The interview underscores drawing as a performative action, embracing the political, the intimate, and the rebellious. This is no less true in the current retrospective exhibition at 1700 La Poste.

What inspired the “Belt Heads” and how did they come to be animated with creative potential?

Francois Morelli: The first belt heads were made from a stash of second hand belts bought and piled up in my studio. The material was similar to the metal and canvas strapping I had used for sculptures. In many ways, these sculptural materials function as lines, structurally articulating three dimensional drawings. I made the first two Belt Heads in 1998, which remained studies, until I inserted a glove inside. Like a lot of my sculptures, they became a prosthesis, an extension, to my body to be used in action/performance events. Our first interactions were private in photo booths in Montreal (self-portraits as ventriloquist – 1999-2000), later developing into public roadside actions in France and Portugal. It took another three years to stick a drawing brush pen into their mouths and begin drawing actions (2004). I have been making new ones throughout this period of time.

Who do you look at or reference with regard to drawing and performance?

FM. My early performance models include Hugo Ball and George Grosz. Continuing within the Dada and Fluxus tradition, I am currently more interested in artists like William Pope.L and Mike Kelly. With regard to drawing, all conscious and unconscious marks interest me. While drawing has been central to my way of thinking art and life for over thirty years, I am very aware that drawing can occur with or without me, and that drawing intention is not always in its making but also in its acknowledgment.

In what way does your work as act of drawing and theatrical performance (and ultimately its product) characterize the space the site-specific practice reflects upon?

FM. I am interested in mediated forms of drawing and their performative potential. Early on, I became suspicious of my own virtuosity as a draftsman and consciously opted for mechanical and more conceptual strategies in drawing. I understand the post-modern condition is one of self-consciousness behaviour – to be on view with regard to history, to be observed by an audience, and ultimately to be conditioned into becoming one’s own voyeur. The Belt Heads are primarily artefacts that assist me in the act of making / pretending / suspending belief. Animated, they become infused with life… not mine, but their own. As we draw, we make visible the dialog and collaboration, making manifest the inner back-and-forth bantering, arguing, compromising in mark / love-making. Usually, an intimate and private affair, it underscores the ephemeral and precarious nature of exhibition venues and artistic practice. For the spectator, it is about being there and bearing witness in the presence of, or reconstructing, imagining, or remembering after the fact; and ultimately suggesting the creative / viewing process as generative and fundamentally irrational/magical.

While animating the belt heads, like a puppeteer, you offer a transitory alternative to the viewing of both the process and the work. I am aware of two types of spectators for your work – those who are present during your performance and those who are not. What impact do you think the theatrics has on an audience in appreciating the drawings while being created? Does it matter that the post-performance spectator will ultimately have a different reading of the work?

FM. We are fascinated with the creative act, all too often mystifying both the moment and the place of art-making. Images of the artist making, and reconstructed or simulated representations of the studio space indicate an obsession with that moment and place of transformation. While ritual and re-enactment become central to belief and the build-up of myth, one is always on the outside looking in, relying on artefacts to perpetuate cult and promote market exchange. In conflating the studio with the exhibition space, and substituting the commodity with the gallery architecture, my hope is to lay bare the constructed nature of this enterprise while celebrating the lucid and transformative nature of art-making. I would hope that observing and witnessing drawing happening can become a soothing and critically reflective experience.

Giuseppe Di Leo holds a BFA (Concordia, 1978) and a Master’s degree (York, 1980). Throughout his career he has maintained a practice in drawing and watercolour and has participated in exhibitions in Canada, Italy, and Mexico. 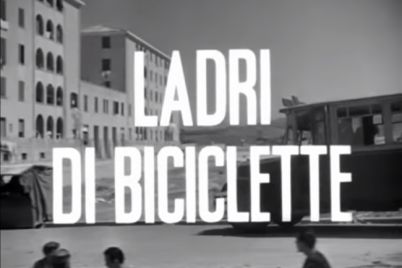 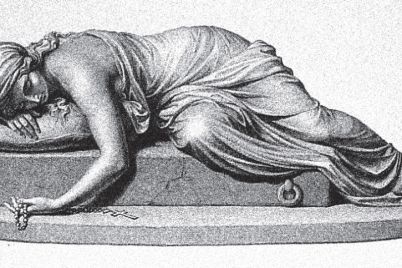 Beatrice Chancy in Bellagio – A Memoir