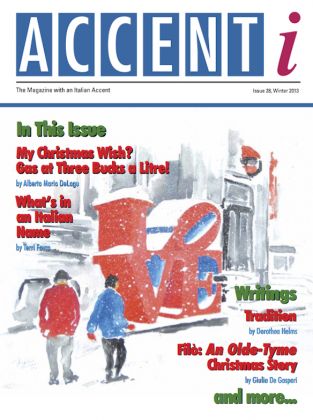 Winter is a quiet time – a time to cozy up to a fire with a hot drink and watch the snow fall. Winter is also a time for love, for giving, for thinking of others. Love is a willingness to do for another person as we do for ourselves.

Pop artist Robert Indiana’s LOVE sculpture in front of the L Hotel in Old Montreal proclaims the message of love loud and clear. Indiana’s first LOVE appeared in 1958 as an illustration for a series of poems. A series of cards, stamps, and serigraphs followed and, by 1970, the first of many LOVE sculptures.

There are 36 LOVE sculptures in the world: 17 in the United States, 11 in Asia, five in Europe, one in Canada, one in Jerusalem (in Hebrew), and one in Italy (in Italian). The AMOR sculpture and its companions were billed as an antipasto  for the Robert Indiana exhibition at the Padiglione di Arte Contemporanea in Milan, in September 2008.

The LOVE sculpture that now adorns the sidewalk in front of Montreal’s L Hotel was unveiled in 2010. Its public location is a deliberate placement by notable Montreal pop art collector Georges Marciano. Marciano owns the L Hotel and invites the public to view his pop art collection.

The L Hotel, formerly the Hôtel XIX Siécle, is a beautifully renovated building full of old-world charm and well worth a visit. Built in 1870, it was designed by Michel Laurent as the head office for the Montreal City and District Savings Bank. In 1945, the bank began to rent space to law firms, including to that of former Montreal mayor Jean Drapeau. The building was repurposed as a hotel in 2001.

Watercolourist Raynald Murphy, who created the LOVE cover sketch, explains his approach: “I prefer to sit and draw on location, but I gather photographic information and work from these photos in the studio when it is too cold to work outdoors. I had walked by the LOVE sculpture on Saint-Jacques Street in warmer weather and had often wanted to sketch it, but somehow it just never seemed to be the right moment. One snowy Saturday in February 2011, I ventured out with camera in hand. I stopped abruptly in front of the LOVE sculpture. The fresh, white snow draping on top of it was just the visual element that had been missing in warmer weather. Inadvertently, a couple walked by just as I snapped and gave the scene a human dimension. I was inspired. The sculpture is especially impressive because of its size, and I felt the scene needed this human element both to illustrate scale and impart meaning.”

Murphy’s LOVE sketch is a form of commentary. Only LOVE is strongly defined, compared to the background and figures. The aim is to clearly recognize the message of the sculpture, but to also consider its social and environmental impact. White dominates the scene, with background and foreground united by the use of grey in the faćade of the L Hotel and on the figures. The visual focus is on the red letters, shaded in subdued blues on their inner surfaces. Couples and colours are usually complementary: the active figure “who loves” is in red while the supporting figure “who accepts to be loved” is in blue. The relationship between this couple remains ambiguous, but these artistic choices inform and amplify the message of LOVE, itself ambiguous.

Is LOVE a challenge or a lament?  Is it an encouragement or a futile wail? Murphy leaves it up to the viewer. Yet, we cannot help but observe that the position of the figures suggests loneliness, though the perspective of the drawing is oriented towards LOVE, drawing the couple towards it.

Striving for a strong, primary colour effect, Murphy used watercolours in the background and thicker gouache in the foreground. The result is close to serigraphy, a technique favoured by artists like Robert Indiana. Pop Art can be characterized by hard, clean edges against softer, even amorphous, forms. In this sketch, the straight edges of the letters contrast with the natural drape of snow and the soft-edged forms of the figures. In summer the sculpture seemed prosaic, without much meaning. In this winter setting, it becomes infused with power. The lines in the sketch curve back towards LOVE – a suggestion that love towards another is love reciprocated. Murphy’s sketch seems to promise, “Love can keep you warm.”

Raynald Murphy is a mature watercolourist who spends much of his time sitting on a folding stool on Montreal sidewalks sketching the world as it flows by. He works quickly – his sketches take minutes – but his images are well thought out. His careful rendition of the LOVE sculpture is deliberate. For Murphy, art is not only what the artist sees, but the artist’s interpretation of what he sees. Raynald Murphy’s sketch of L Hotel appears on page 125 of his book Carnets du Vieux-Montréal,  Éditions Les Heures Bleues and is available in most Montreal book stores.

L Hotel is located at 262 St. Jacques, Old Montreal. The pop art collection on the hotel’s first floor is open to the public seven days a week – see lhotelmontreal.com.

Brendan Cavanaugh is an Accenti contributor at large. 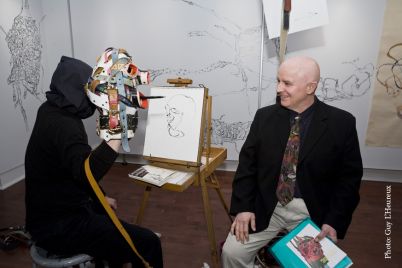 The Art of François Morelli