I don’t know if he has recognized me. Frank Spadari. He’s even more handsome now with the grey at his temples. Many years have gone by and my heart still overturns at seeing him. I make myself stare outside the train’s window.

I think back to a time in the ’70s. I was thirteen years old; my older sister Gina was in love with Frank and he with her. I had a big crush on Frank, but I tried hard not to let my feelings show. One day he came by to bring my sister a bouquet of yellow roses. I happened to be the one answering the door. Unexpectedly, he grabbed my arm, twisting it hard. “Listen to me, you brat,” he said in a low tone, careful not to be heard by other family members in the house. “I’m going to marry Gina. So don’t get any ideas in your head. And now get lost.”

A hand grasps mine. He has come to sit in the empty seat beside me.

“A penny for your thoughts.”

“What shall I say then, that I have come back to Sarnia countless times since I moved away and I always hoped to meet you again? In fact, I stopped by a week ago. I went to the cemetery to bring roses before going across the bridge.”

“That’s a lie, Frank, and you know it. The roses in the vase at Gina’s grave are as dry as bones. Those roses have been there for months. They tell the story.”

“That’s unfair. Gina has been dead for years. Besides, I don’t always have time to stop at a flower shop. Especially when the train is late. I have to hurry and get a cab to take me across to the States. I need to be on time for my business meetings.”

I pause for a long time, but then suddenly I blurt out, “Frank, why did Gina kill herself?”

I can’t believe I’ve said that. But suddenly, I recall what I overheard my aunt say to a friend once. “He was so possessive. Gina would never tell anyone, but I know he used to beat her. Then he would always bring her a huge bunch of roses, out of guilt.”

Frank lets go of my hand, as I expected he would. I think of how hard he had twisted my arm that time a long ago in the doorway of our house… and now of how he had come to sit beside me, taking my hand as if he had every right to do so.

Frank finally replies. “That’s a strange question coming from you, Paula. You knew Gina was sick—her depression, her mind.”

“Yeah. Of course. What else,” I say, with an accusing tone.

“It’s not fair to blame me,” he says. “You have no idea what she put me through in two years.”

“You bastard,” I say. “And what about you cheating on her? What you put her through doesn’t count?”

“She drove me crazy, don’t you understand? She was no wife. I should have been the one to kill myself then? Is that what you wanted?” With an angry bolt, he gets up and goes back to his own seat.

Later, as I am getting off the train, I see that he has already exited. But he doesn’t keep going, he’s waiting for me outside the train station.

“Paula. How about a nice quiet lunch somewhere. For old times’ sake?” he says, in an apologetic tone.

“Forget it, Frank. You wouldn’t want to be late for your meeting.”

He puts his hand on my arm. “I can skip it this time. There’s nothing pressing. Come on. It will be nice to get reacquainted,” he says. “We were family once.”

I shake my head. “That was a long time ago. Let’s not go unravelling the past, not for the good and not for the bad.”

Firmly, I pick up my suitcase, turn, and walk away. I know I have to do it. I have to move on, deal with the full reality of the situation.

Walking through the parking lot to my car, I feel tears in my eyes. Deep down I had always suspected what Frank was really like. He had moved out of town with the girl he’d been having an affair with, a month after his wife’s death. He had been the talk of the town.

I wipe my eyes, though I wonder if my tears were for Gina, my sister who took her own life on her twenty-first birthday, or for myself, for the loss of my teenage dreams, as foolish as they had been. Would I ever know? But now was not the time to sort it out. Maybe it would never be.

Delia De Santis is the author of the collection Fast Forward and Other Stories (2008). Her writing has been anthologized internationally. She is co-editor of six anthologies. 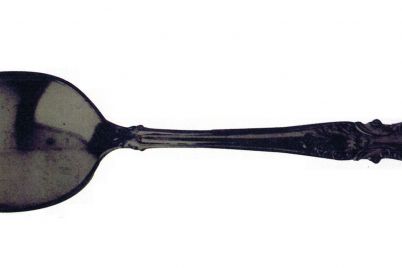