“InDEED you DiD iD! MiFDer BonG DolD mE I Am GooD aD BlAyinG GuiDAr. I DiD iD Doo. In OGDoBeR wE’ll mAke a ConCerD anD I’ll Blay my GuiDAr. YeB, I Gan Blay many sonGs wiD my GuiDAr…”

The fleshy fingers of a child lying on a red plastic chair move. All ten move at the same time, but they are not aligned. The fingers rhythmically move close to and away from a thick layer of fabric, keeping different distances, although they are undeniably and attractively proportioned. When the phalanx of the little finger seems to have made a contact, the same part of the ring finger is half a centimeter from it, the middle one centimeter and the index two. The slowest to react is the thumb, so that its entrance and beat takes place almost as the little finger strikes back.

His fingers, sweaty, get rhythmically in contact with a micro-area of denim fabric. They compress, press and release the flap of the trousers that tends and vibrates, tugs at the malleability of the air, strikes the tympanum, grabs the malleus, crashes the incus and caresses the stapes. The hand consists of infinite fingers that follow each other in a fluid, so there is no void, but only a vibratile contagion. Up there, a few inches above the jamb of the door through which the child, together with the mother, will have access to the doctor’s office, a cacophonic composition generated by alternative inputs in sequences of ones and zeros reminds patients of the stroke of eight.

Now the light-emitting diode of a stainless steel profiled oven punctually indicates that it is eight PM. In the kitchen of a stand-alone house, located at the end of a closed road at the sides of which the facades of seventeen other stand-alone houses create an arena of barred shutters, the light is always on. This light runs through the dark living room too and gets to illuminate a corner of a black grand piano. A small round stool lies next to the piano. The stool, which was carved out of an olive trunk, is covered with a thick layer of slightly worn red velvet. The walls of the living room, their yellow shades just darkened by the entanglement between light and darkness, silently observe the piano and the stool.

In the kitchen, four people sit at a chipboard table covered with a pale sticky layer. The tines of three metal forks glide sharply on ceramic plates, are muffled by large bites and move a relatively small amount of air on their way to the mouths of the diners, where the tines get silenced altogether.

“DEse olives Are so GooD! Where Do Dey Come From?”

A cork bursts out and falls with a dull thud, the breaded crust of a slice of dried bread breaks, a gust of culinary satisfaction blows from the whiskered mouth of one of the diners. Under the table, closest to the wall, a pair of hands twists and sweats. Their fingers wiggle frantically, tend, press and arrange themselves at different heights. On the side facing them, a fifty-seven-year-old woman with some white hair speaks.

The woman is asking a question to him, the only one whose cutlery is still and does not disturb the surrounding air, hands still under the table. Middle and ring finger arcuate, the little finger and the forefinger are straight and tense while the thumb is pushed outwards. Even the mustached figure says something.

“Clef, Are you OGGay? Why Don’D you EaD someFinG?”

Then a turn of the wrist, while a leg moves in search of a pedal. Even though the hands are very sweaty, they start intertwining nervously, convulsively, they rub and vibrate, shake the fluids of which are sprinkled through an irrepressible tremolo.

In the study of the Centre for Healthy Oral Interaction and Research (CHOIR) director, in the waiting room of which there are some rows of the aforementioned red plastic chairs, a fifty-nine year-old woman sits. She is transforming the shoulder strap of her bag into an unnaturally wrinkled surface.

This woman is thinking of her eldest son, of how she had smiled, happily surprised, when at three he had wanted a pianola for Christmas. Later on, she had toasted with her husband, both to their five-year-old boy’s claim to undertake the study of the piano, and to the inevitable victory of the first music competition. However, the same woman had perceived the need to take common opiates after discovering scribbled notebooks in which, next to senseless phrases, geometrically drawn staffs were populated by perfectly round black dots constituting symphony-long compositions. She had finally given up to a nervous breakdown when the son, smiling and with red cheeks, had confessed to her to hear musical notes coming out of people’s mouths.

This is an Elementary School. I teach at this Elementary School, I am in control of this class, I am a teacher. I am about to open my lips and pronounce the words that my good students, those who have studied the you-have-to-learn-it-like-that grammar, will have to write down in their workbook. But that student is…there. His classmates are grimacing, trying to steal every little sign from my dry and reddened by a meaty-red-lipstick lips. I see their puffing, grumbling, coughing strokes and scratches, all around the class. Yet he is…there, at his semi-open window. Tipping his fleshy fingers on it.

A dry leaf hits the janitor’s rake just when the little finger touches the sill, anticipating the low tone of the thumb against the glass, now index middle and ring finger in andante and then…

“CleF, you musD siDDown AnD wriDe.”

The mother had had a look at her son’s workbook. Instead of the sentence “The cat is on the table,” her Clef had written, “DE GaD is on DE DaBle.” When she decided to bring the workbook to their general practitioner, the man had prescribed her a generic drug that contained benzodiazepines. She was safe. Somehow, the face that she is now turning to the CHOIR director does not convey alarmism only because some molecules of that nectar, still circulating in her veins, prevent it.

The director feels observed, gazed at and scrutinized. Once again, as many other mothers who could not understand the essence of a healthy oral interaction.

“Madam, a piano is composed of 88 keys, 52 white and 36 blacks, about 220 strings, 200 tuning pins and a number of parts that can vary but is around 60 components for each key, which brings us to almost five thousand constituent parts. As far as we know, the Latin letters are 26, while the International Phonetic Alphabet recognizes 160 different meaningful sounds. Therefore, Madam, I would like to make you understand that, compared to the expressive possibilities of your son, we are illiterate deaf-mutes. Can you please calm down now?”

Paolo Saporito is a PhD student in Italian Studies at McGill University. His research focuses on contemporary Italian literature, cinema and innovative forms of political activism in digital media. His passion for creative writing goes back to his teens.
https://mcgill.academia.edu/PaoloSaporito

“Synesthesia” was a finalist in the 12th Accenti Writing Contest and received a $100 prize. Click here for more details. 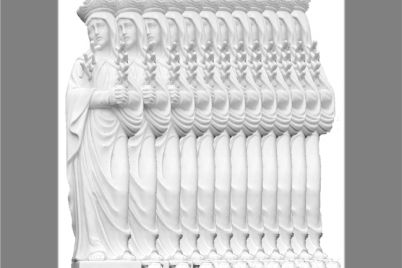 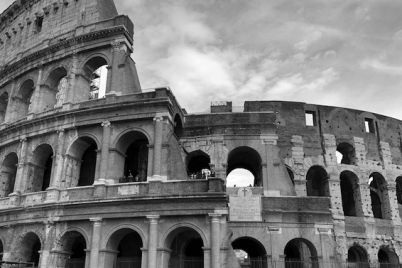