ONE: Study the old religion of Italy. Make a mental shopping list of items you will not be able to find at the East End Food Co-op (rue, hyssop, a Black Obsidian scrying mirror). Far from the land of your heritage, modify your plans. Add a teaspoon of apple cider vinegar to your English Breakfast tea. Sip the concoction slowly and in silence to avoid scalding your tongue or burning another with your speech. Light a lavender candle and set the intention to heal. Your beloved offers an ultimatum. His way or the highway. By the time of the next full moon, you will have moved out. This bewitchment is about self-restoration.

TWO: Decide to bury journal pages filled with rants about every relationship failure you’ve endured in a community garden – nowhere near the vegetables. No one needs to eat zucchinis marinated in guilt. Search the aisles of Home Hardware for a trowel. Admit you’re not up to the task of joining Woodland Park’s waiting list. Remember that doomed Lucky Bamboo? How it suffered. That wasn’t bad Feng shui; that was you. Return to your new, sparsely furnished apartment empty-handed. Burn the photocopied diary entries in the kitchen sink. Symbolism – and fire safety. Watch the paper blacken and curl. Be careful. Don’t inhale any smoke. Ashes float through the air – charred bits of several ill-fated bonds being released. When the alarm sounds, turn on the faucet full blast to extinguish the flames. Throw the burnt soggy mess into the recycle bin. Drink a shot of Amaro to honour the maternal ancestors who believed life was bitter gruel. Gag. Gargle with salt water.

THREE: Place a Band-Aid on the skin over your cracked heart. Use one from the Spiderman pack purchased for levity’s sake. Imagine a web being spun like gauze over that busted muscle. Dressing the wound will help you function during the day as you answer phones, give credit card balances and deflect customer rage. As an homage to your paternal line, get hammered on a bottle of cheap red. Pound the table, declare wine sangue di vita and truth serum that should always be stocked in the kitchen. In the morning, recognize you have no stamina for Bacchanalia.

FOUR: Sprinkle Bergamot oil on a square of cotton and stuff the cloth into your pillowcase. Let this scent sooth your frazzled soul. Allow nature’s healer to attract mirth and repel mosquitoes. The fragrance brings several nights of good sleep. Discard the Ambien: flush those tiny blue pills. Think of Atlantic cod falling into a dreamless trance in the ocean. Don’t worry: your fish cousins won’t drown. You – the gill-less, landlocked descendant of a creature who crawled out from the swirling primordial soup of existence – you want to stop gasping for air.

FIVE: Muster the energy to have a shower. Imagine the water sloughing off the detritus of your former limited self. Wash your hair for the first time in nine days. Massage those locks as if they were golden fairy tale tresses. Break the spell. Consider Cinderella’s mane the colour of broomstick bristles. Flick the water away with the gesture a fortune-teller once demonstrated.

SIX: Don’t hang garlic in the window. Mince for Spaghetti aglio e olio. While the noodles are cooking, tape a Ziploc sandwich bag of salt to the inside of the front door. This should discourage any lethargic Lothario from finding his way to your home. Write an incantation – an inventory of forgotten dreams. Put the list in a silk pouch.

SEVEN: Consult a Vedic astrologer. Turns out you’ve been working with intense karma since you left home. Eighteen years spent under a Saturn Dasha with only one year left to go, auguri! This task-master planet is a destiny-maker, the supreme purifier driving you through a rigorous obstacle course meant to crystalize your resolve. Throw away the amethyst engagement ring. Carry a nazar bead for protection. Visit a soothsayer to have the curse removed – hard to say whether the jinx was inherited or you’re a calamity. The tarot spread suggests facing this unfamiliar terrain with tenacity. Explore inner worlds. Examine this outer space truth: we are all heavenly bodies here – made of stardust and sinew, cosmic debris and dandruff – orbiting each other’s pain, navigating our trajectory through murky territory and taxing times. You must conjure calm. Summon serenity. Here is the advice you are given: Get up every morning and greet the dawn with gratitude. Fill the silence with quiet, endless thanks.

Eufemia Fantetti holds an MFA in Creative Writing from the University of Guelph. Her fiction, A Recipe for Disaster & Other Unlikely Tales of Love,was runner-up for the Danuta Gleed Award and winner of the Bressani Prize. My Father, Fortune-tellers & Me: A Memoir is forthcoming from Mother Tongue Publishing. She teaches at Humber College.

“Seven Improvised Stages in DIY Curative Stregheria” was a finalist in the 12th Accenti Writing Contest and received a $100 prize. Click here for more details. 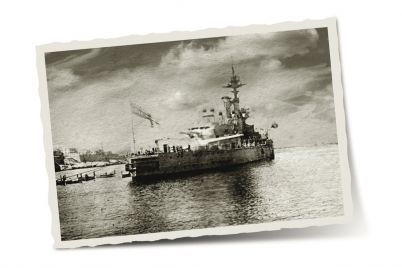 The Three Sisters of Piacenza