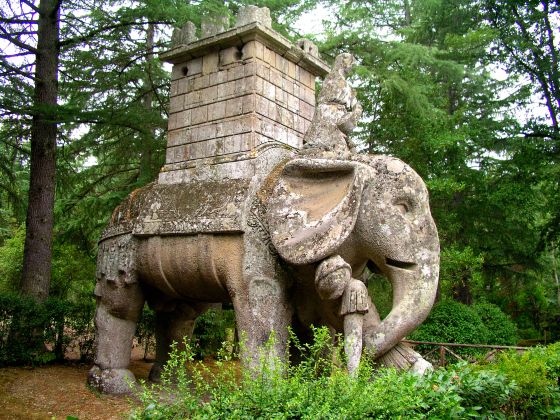 A fascinating woodland area near the central Italian town of Bomarzo, whose monstrous creatures have frightened the local inhabitants for hundreds of years, has now become a popular park.

What kind of man was Pier Francesco Orsini, and what inner demons haunted him? The answers to these questions might help to discover why a large number of monsters and figurers from the mythological and natural world have found their way to a wooded area near the small central Italian town of Bomarzo: three-headed dogs, giant human beings fighting with one another, tilted houses, aggressive dragons, giant turtles, combat elephants carrying away fallen warriors, animal bodies with women’s heads, horses with wings, a horrible forest troll with its mouth wide open, and many others.

All this probably sounds like a nightmare. But don’t be fooled by these apparently horrible monsters – all carved out of a malleable calcareous tufa stone – found in an area about 65 kilometres north of Rome. Although these fantastical creatures might seem a sort of animals’ chamber of horrors, the park is both intriguing and charming, and the area has become a popular attraction.

In springtime the forest’s fullblown oaks, beeches and chestnut trees form an idyllic frame around visitors. Here in summertime one can find cool, shady areas, and in autumn nature’s colour palette shows its most fascinating side. The idyllic atmosphere of the Garden of Monsters is in stark contrast with the park’s many disturbing inhabitants.

Pier Francesco Orsini, known as Vicino Orsini, duke of Bomarzo, has been described as a brave soldier, a dreamer, a poet, a romantic soul and a competent commander. By the age of 33 he had already served for 11 years as an officer in the army of the pope, three of which he had spent as a prisoner in Germany.

It would seem that the many horrors of different wars had a negative effect on Orsini’s sensitive nature: too much bloodshed, too much war, and too much violence. Perhaps for this reason, Orsini – to hold his inner demons in check – decided to start planning a rather special garden. The decision was taken in 1552, when he left the pope’s army at the age of 33.

Five years later Orsini lost his beloved wife Giulia. His grief for this premature and terrible loss seems to have made Orsini speed up the planning of his monster garden in order to “let his heart find an outlet for its sorrow.” Orsini’s idea to construct a garden of monsters was the beginning of what some historians have described as the world’s first land art museum.

To carry out his plan Orsini called on his good friend, the architect Pirro Ligorio, who was an important figure at the papal court. After Michelangelo’s death Ligorio finished some of the great Tuscan artist’s commissions, including some in the vast basilica of St. Peter’s, then Rome’s most prestigious building project. Some years before, in 1550, Ligorio had been the architect and artistic designer behind the magnificent Villa d’Este in Tivoli – the famous garden with 500 fountains, big and small – to the south of Rome.

Under Ligorio’s direction, the wooded area just outside Bomarzo started to change slowly. The old forest, which had previously been a popular hunting area for noblemen, became populated with pagan creatures of stone in the Mannerist style, which was also coming into vogue in normal architecture.

At the same time, the garden’s strange creatures – often of mythological inspiration – had an obvious attraction for literary and cultural personalities of the day, who undertook pilgrimages to Bomarzo to see Orsini’s peculiar sculpture park. Word of the garden reached Rome, and Pope Gregory XIII was intrigued. He was apparently so curious that in 1578 he travelled the 65 kilometres from Rome to Bomarzo to see Orsini’s monsters for himself.

It took Orsini more than thirty years to design, plan and finish the garden, which he chose to dedicate to his late wife. He spent a lot of time in the garden, either walking or on his horse Ragazzino. In 1579 he noted in his diary: “I can find relief only in my beloved forest, and I bless the money I have spent and still spend on this magic area.” Six years later, the 62- year-old Orsini died.

Perhaps the members of Orsini’s family had not understood his anguish in losing his wife, or perhaps they were simply not capable of appreciating the park’s surreal landscape – his life’s work. Whatever the reason, after Orsini’s death his wonderful garden was abandoned and began to fall into decay. The forest started to close in on the peculiar beings, green moss started to cover them, and wild vegetation began to take a life-threatening stranglehold on the many fantastical works of art.

And the more the surrounding forest encroached upon them, the more they took on the form of giant beasts lying in wait for unsuspecting passers-by. No wonder that for many years – even in modern times – Orsini’s forest was folded in mystery and superstition. The locals simply did not dare visit the area for fear of the imagined dangers.

Over time the surreal inhabitants of the Garden of Monsters have had a strong attraction to a long list of artists. The first one openly fascinated by Orsini’s work was the German painter Bertolomeus Breenberch. In 1626 he made several paintings which depict the garden’s fascinating atmosphere.

Closer to our day, Salvador Dalì visited Bomarzo’s monsters during a crisis of inspiration. When he heard about Orsini’s fantastic and surreal garden, he decided to leave for Bomarzo immediately.

His encounter with the monsters appears to have had the desired effect. In his famous 1946 painting “The Temptation of Saint Anthony,” one can see no less than four long-legged elephants carrying different shaped constructions. This might be a reflection from Bomarzo, as the Garden of Monsters has a statue of an elephant carrying a tower.

The Italian filmmaker Michelangelo Antonioni visited Bomarzo in search of inspiration, and in 1949 he made a short documentary film simply titled Bomarzo. The Argentinean writer Manuel Mujica Lainez was so attracted by the mysterious sculptures that in 1958 he wrote a biography of Vicino Orsini and his strange garden.

The happy turning point for Bomarzo’s garden came in 1951, when Giovanni Bettini, a real estate developer, was travelling around Italy in search of land. When he came to the Garden of Monsters and walked around the horrible beasts, he didn’t lose his courage: he lost his heart. He immediately offered to buy the entire woodland, an offer which was accepted. Shortly thereafter he began the restoration of the famous garden. The sculptures were liberated from the forest’s tight embrace, the moss was removed, the paths were repaired and the whole area was tidied up so it could again receive visitors.

The Bettini family’s loving care and financial investments have borne fruit, and today the annual number of visitors has surpassed 40,000.

Nonetheless, Vicino Orsini remains an enigma. He was a capable soldier, a poet and a romantic soul. He was also an intellectual tease who liked to challenge the garden’s visitors – or so it would seem, if you read a sentence he ordered carved into one of the tufa stones in his garden: “Thou who enter this garden, be very attentive and tell me if these marvels have been created to deceive visitors or for the sake of art.”

Jesper Storgaard Jensen is a freelance writer living in Rome. 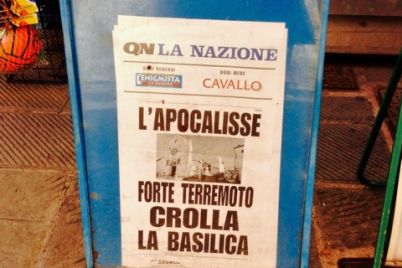 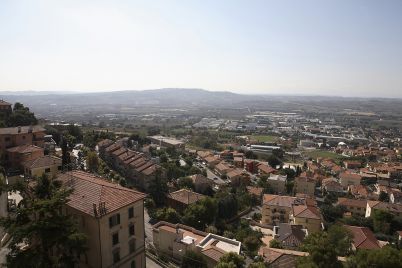 The Marches – All of Italy in One Region