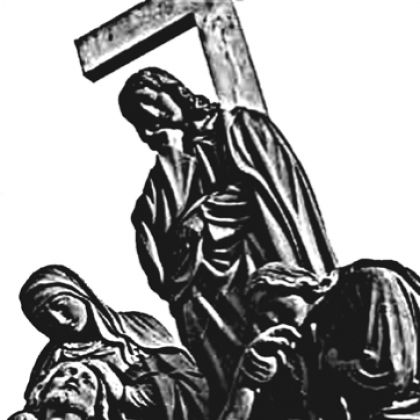 Mary, the Mother of Jesus, is inconsolable after her son’s death. She wants to be courageous, accept his death as he had, but she is unable to banish the painful memories. At night, she cries herself to sleep and in the morning fresh tears saturate her pillow. Most of the time, she cannot get out of bed. Early one morning, the sound of a faint, familiar voice startles her awake. “Figghui, figghui mio? My Beloved Son, is that you?” she calls out into the empty room.

Mary’s heart contracts. “Jesus,” she calls out, her voice ringing with joy. “Tell me, what I can do.” She waits for his answer, but there is none.

That night, Mary dreams she is flying across a honey-coloured desert, her body weightless as a summer breeze. She descends into an oasis. At the bottom, an opening to a cavern beckons. She threads her way through the tunnel following the glow cast by iridescent seashells. Soon, the shells disappear; but she is not afraid. A hand reaches out to her and guides her through the darkness. She feels a scar on the palm and knows it is her son.

Suddenly, she is in bright sunlight and sees Jesus. Sitting beside him, she reaches for the hem of her gown and gently wipes away the mixture of sweat and blood off his brow. Then, she lowers him onto her lap, extracts the thorns embedded in his forehead, and applies an analgesic made from freshly squeezed, pungent oregano over all of his wounds.

“Stay with me, Mother,” he murmurs.

“I’ll stay for as long as you need me,” Mary assures him.

One day, after Jesus has regained his strength, he decides to peek down and see what is happening on earth. “Look at this, Mother, look,” he shouts as he points. Down below, they see marauding soldiers raping and mutilating women. In battlefields, opposing armies pierce each other’s throats. Rich men smile with sly satisfaction as they steal from the poor. Well-fed adults push their elderly, dying parents out into the streets to fend for themselves.

Mary slips one arm around her son’s waist and holds him close. She expects a comforting response. Instead, Jesus breaks away from her and paces back and forth.

“Useless,” he mutters. My death was useless.”

“Figghui,” she replies in a soothing voice. “Change takes time.”

Jesus turns away from her and takes another look below. “I’ll show them,” he swears. “They’ll pay.”

Mary edges closer to him and grabs him by his robe. “Son,” she cries out. “That would be revenge. I beg you. Remember your own words. You preached lessons of love and forgiveness.”

“Mother, I have made up my mind. I can’t let this go. I’ve suffered and sacrificed my life. I am determined my death will mean something.”

Mary watches as Jesus’ face darkens to the colour of heavy, black storm clouds. The deafening sound of thunder bellows from his throat. From deep inside, he draws a breath of volcanic wind. Mary, terrified he is going to cleanse the earth by drowning all the inhabitants, decides she must stop him. As he begins to exhale, she steps in front of him, opens her mouth wide, swallows the tempest, and then crumples in an unconscious heap.

Jesus falls on his knees to unfold his mother’s body into a more comfortable position and tenderly kisses her. “Mother, look at you … your face … the colour of your skin, look at what the storm has done. It’s my fault. Forgive me. Mother, forgive me.”

After a few minutes, Mary recovers enough to speak. “Beloved, you cannot transform the world all by yourself… I want you to do something for me… ”

“Anything, Mother. Just tell me what you want.”

“What I want you to do is to carve a likeness of me, imbue it with a portion of my spirit, and send it down to earth. Give me the same powers that you have to perform miracles. I can help your children, and through me, you will be revered.”

Jesus readily agrees. Not long after, a finely carved, painted likeness of Mary with her empowered spirit is placed in the bottom of a small cargo ship sailing towards Sicily. Mary, weak from swallowing the storm, falls into a deep sleep.

One day, several months later, the clap of thunder and the violent tumbling of the boat jolts her awake. She helps guide the ship into a sheltered, shallow harbour along the northeast coast of Sicily. Once the storm has passed, the sailors prepare to continue their journey; however, the ship will not budge. Item by item, the seamen lift the crates of cargo and carry them to shore. Still, they cannot sail off. Finally, several of the men remove the last wooden box containing the statue of Mary. As soon as it is placed safely on the beach, the two sailors hear their mates triumphantly shout, “The ship is free. We’ll be able to go soon.”

The sailors on shore pry open the crate for a quick look inside and then call back, “Wait. There must be something special about this statue. We can’t leave it on the beach. We’re going to take it to a safe place.” They carefully carry the crate up the cliffs and place the statue in an existing stone sanctuary.

From her isolated site overlooking the sea, Mary eagerly awaits visitors. She longs for the company of other women, women like herself – mothers who take on the suffering of their children. But for half a century, Mary must content herself with guiding storm-battered vessels safely to shore.

Sometime later, a woman with her child in her arms, out walking in the countryside, stumbles upon an unused pathway. She has heard rumours of a nearby ancient temple dedicated to a goddess. Curious as to whether the trail leads to this particular sanctuary, she follows it until she reaches Mary. Mary is elated she has a visitor. Her caller is a clan member of the new conquerors of Sicily, the Normans. She has liquid-blue eyes and hair the colour of fire. At the sight of Mary, the young mother’s eyes widen with shock. “Who … who are you?” she stutters. “I have never seen anyone so … dark.” Repulsed, she steps forward for a closer look. Her eyes narrow. “I have come all this way… And for what? To pray to someone who looks like a heathen? Never.” The young woman spits into the dirt close to Mary’s feet. Clutching her son tightly, she struts outside.

“Just you wait,” Mary hurls at the woman. “You may never have to swallow a thunder storm that turns your skin black, as I did, but someday, your face, too, will show the signs of hardships and sorrows.” Mary’s gaze follows her visitor out to the edge of a cliff where she stands admiring the panoramic view of the turquoise Tyrrhenian Sea. Thoughts of the decades of loneliness, the wounding rejection by the young mother, and the probability that future visitors will also react with prejudice overwhelm Mary. She decides to teach the woman a lesson. She directs a blinding sunbeam to shatter the surface of the sea and hypnotize the woman causing her to loosen her grip on her child. Mary waits knowing what will happen next.

A moment later, the young mother comes out of her trance. When she sees her child tumbling down the cliff, she freezes with panic. Just as rapidly, she is overcome with grief and begins to sob hysterically. She turns and looks towards Mary. “Mother, Mother, I am sorry,” she prays from the depths of her soul. “I misjudged you. I shouldn’t have said what I said. Mother, forgive me. I had never seen a Black Madonna before. Please save my precious son…”

Although the young woman doubts Mary will answer her prayer, she cannot resist sneaking a hopeful look at the shore below. She lets out a jubilant scream when she sees that the edge of the sea has receded for some distance away from the cliffs and that her child is playing safely on the beach. She rushes down the cliffs, scoops her son safely into her arms, and smothers him with kisses. Back up in Mary’s sanctuary, she kisses Mary’s feet with gratitude.

In her home village, the mother holds out her unharmed son for all to see. She boasts about Mary’s miraculous abilities emphasizing that she is powerful because she is black. Soon streams of callers, including many mothers with their sick children, seek out Mary.

Now people from all over the world flock to pay homage to the Black Madonna of Tindari. Those who receive miracles show their gratitude with their reverence to both Mary and Jesus. Many are inspired to show love and kindness to others. Mother and Son are pleased with the success of their plan. And Mary is jubilant she shares with Jesus a bond that is beyond life and death.

Venera Fazio came to Canada from Sicily as a child. She is co-editor of the forthcoming anthology Sweet Lemons: Writings with a Sicilian Accent. 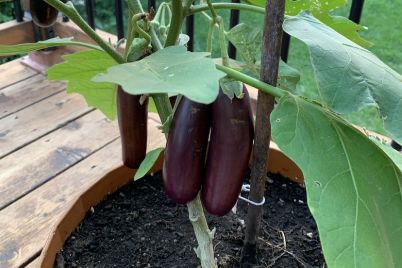 Cooking Sicilian with Concetta and the Prince, in a Time of Pandemic