I have just returned from Woodbridge, where my mother and father live “behind the Wall.” They were all dressed up and waiting when I arrived at about 3:30 in the afternoon, to take them out for dinner – my father in the tie and sweater I got him for Christmas, my mother in her hat. The funeral is not until Wednesday, and visitation not until Tuesday. They looked as if they needed to get out.

When I called Friday to ask what they were doing, my father had just finished salting the eaves troughs. “What?” I asked him, “What the hell are you doing that for?” They were frozen, and he was worried that when the thaw finally came, they’d be all clogged. “How did you do that?” Apparently, he’d gotten on a ladder and thrown the salt up into the eaves. I can’t believe my father – at eighty-five – taking risks with a ladder on frozen interlocking brick! He spends his days flagging down snow removal trucks and ranting about the town of Vaughan, and my mother does what she has always done – cook for him.

The restaurant was having a battesimo celebration, and it was joyous to watch all those substantial thirty-year-olds and their kids, bursting in their Sunday best. Only the new mother was slender, amid her husband’s extended family, judging by the identity of meat and auguri upon their collective faces.

A few years ago, I took my parents to dinner in the old neighbourhood, around Clinton and College Street, in Toronto. Little Italy was now fashionable, and I thought it would be fun for my parents to visit their old neighbourhood. It was springtime, and the boxes of petunias and basil stocked the racks outside grocery stores. From the sidewalk in front of the old house on Henderson Avenue, my father remembered the first time he’d sighted my mother – a little girl playing jacks on the front stoop, her tiny face beneath a mountain of black curls. My mother remembered her first sighting of my father, during an Easter Parade on the boardwalk, a muscular teenager in a baby-carriage pushed by one of his buddies. He was wearing a huge white bonnet and diapers, and holding a bottle, grinning hugely beneath a dark fringe of young moustache. Was the Henderson Avenue house really that narrow? How was it possible Grandma Nicolina raised eight children in that little house?

But there was too much pain associated with the old neighbourhood. We never did visit the four houses on Lapin Avenue, which my father’s father had intended for each of his four sons. Returning from the war for his father’s final illness, my father found the great man withered and his houses divided, with the eldest son having taken three. Ever the man of integrity, my father would not be complicit when his eldest brother’s lawyer phoned to say there was something in it for my father, would he sign the release. Is there something in it for my other brothers? No? Then, there’s nothing in it for me.

The Woodbridge house is something my father accomplished all by himself – for his first love, his only love, Francesca. By the time he bought the Woodbridge house for Francesca, all his own children were grown. Is it ever thus, with our dreams – too little, too late, the wrong neighbourhood, the wrong night? The four bedrooms are there, just in case, for the grandchildren.

When I drove the car around to take my parents home, they were holding hands. They looked small and vulnerable in that wasteland of snow and plazas. After sixty years of marriage, they still do that – hold hands. On a recent walk to the corner mailbox to pick up their mail, my father told me that a young girl stopped with her baby and told them what a comfort it was to see them on their daily walk through the neighbourhood, always holding hands. Dad didn’t have the heart to tell her they were holding each other up.

Darlene Madott is a Toronto lawyer and fiction writer. Her screenplay, Mazilli’s Shoes, was published in 1999. In 2002 she won the Paolucci Prize for Italian American fiction. 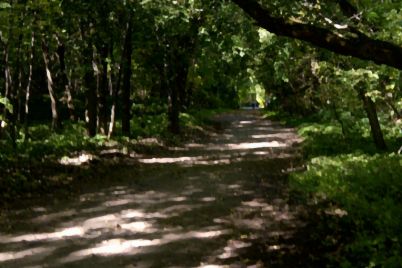 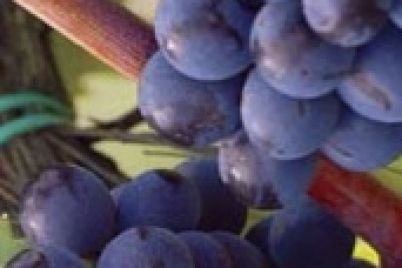