“The real risk for writers is to be relegated to the forgotten, censored. How can we deal with a government that reduces culture to profits and literature to bestsellers?” This question was posed by Vincenzo Consolo, when he explained to the press why he, along with fellow high-profile authors Umberto Eco, Antonio Tabucchi, and Andrea Camillieri, refused to participate in the Paris Salon du Livre as members of the official Italian delegation. They were registering their opposition to (as they saw it) the philistine government of Silvio Berlusconi. And since the Prime Minister was elected with a healthy majority, they inspired a passionate debate about their right to criticize. This led to a broader debate on both the role of government in the support and encouragement of culture and the role of the writer in our global society.

I knew none of this when I arrived in Paris to attend the 2002 book fair. Unlike the Frankfurt Book Fair, the Salon is not primarily a trade show, a place where agents sell the rights to manuscripts to publishers. The Salon showcases writers for the reading public. In 2001, 240,000 people paid admission to attend the fair. The Paris newspapers predicted even more people would attend the 2002 exposition featuring 500 booksellers, 1,200 publishing houses and 1,600 writers. The theme of the fair and the focus of numerous panel discussions, readings, and interviews was Discovering Italy.

For three months, all through France, bookshops would be promoting books by Italian authors, and readers would be voting for the Italian book they felt best reflected contemporary Italy. One hundred Italian writers made up the official Italian delegation. Because of the theme, the Canadian Cultural Centre in Paris decided to showcase Italian Canadian writers. Antonio D’Alfonso, Lisa Carducci, Marco Micone, Carole David, Fulvio Caccia, and I were invited to be part of the Canadian delegation. (Various French-Canadian writers also attended including Marie-Claire Blais, Ying Chen, Louise Dupr窠Yolande Villemaire, and Denis Th豩ault, winner of the 2002 Anne Herbert Award.)

The afternoon before the opening of the Salon, I stumbled on a large, noisy demonstration in front of the Institute of Italian Culture. Behind the wall of policemen in riot gear, I caught glimpses of youths dancing, blowing whistles, and beating drums. Later, I learned that the French Minister of Culture Catherine Tasca, whose parents were Italian, had stated she did not want to shake Berlusconi’s hand when she and the Prime Minister officially opened the fair. In turn, he had withdrawn at the last minute. That evening, there was another protest against Berlusconi at the fair itself.

It took me several days, many questions and a few French newspapers to understand the Minister’s reckless comment and the reason for the protest. For a head of state of a democratic country, Berlusconi has unprecedented power over his country’s media. He owns (and has not placed in a blind trust) over a dozen major newspapers, a movie production house, the most popular soccer team, and the two most important publishing houses. One of his men directs RAI 1, a public television network, and Berlusconi also owns the three major private television networks, which are infamous for the trashiness of their programs. His attitude towards books and culture in general is common in North America but still startling in Europe: what is good sells; worth is determined in the marketplace. And echoing some of our own politicians, his Minister of Culture has called contemporary art excremental and left-wing artists degenerates.

After the protest on the opening night of the fair, Berlusconi ordered the withdrawal of both the Italian delegation and the millions of euros of promised support. Still, most of the writers stayed, and the debate continued, particularly in the major French newspapers. A highlight of the book fair, for me, was the chance to listen to a range of Italian writers and to buy Italian books. Still, I was disappointed by the arrogant grand lady and grand gentleman manner of some – though not all – of these writers.

Antonio D’Alfonso, Marco Micone, Fulvio Caccia and I spoke on a panel with an Italian-Swiss writer, Alberto Nessi, and an Italian writer, Massimo Carlotto. The subject was “Can Italianity survive Outside of Italy?” and the panel was very well-attended by the public at large. Two days later, there was a poetry reading featuring Antonio D’Alfonso, Lisa Carducci, Carole David, Giuseppe Conte, and Alberto Nessi. Meanwhile, I was placed on another panel, this one on the novel, with some of the French-Canadian writers.

The official program for the Salon listed all the guest Italian authors with their biography and picture. Antonio, Marco, Fulvio, and Lisa made it onto the list; Carole David and I did not. We presumed that we were excluded purely on account of our last names.

Over all, I felt that I learned more than I informed. Following the protests over the book fair, I was reminded that writers both report on and are a part of history. In Canada, power may not be concentrated in the hands of one man as it is in Italy. But the movement to a cynical, consumerist society is overwhelming and worldwide. The Italian writers taught me that though writers may no longer have the moral authority they used to, they can still, as Eco said, “call the firefighters when they spot a fire.”

Caterina Edwards’ most recent collection of short stories is titled Island of the Nightingales (Guernica, 2000). She makes her home in Edmonton. 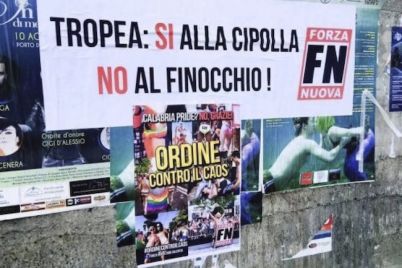 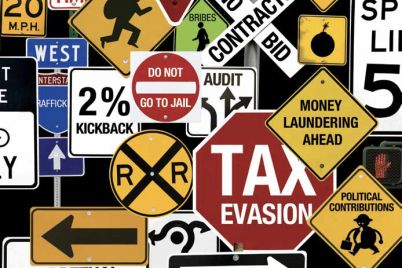