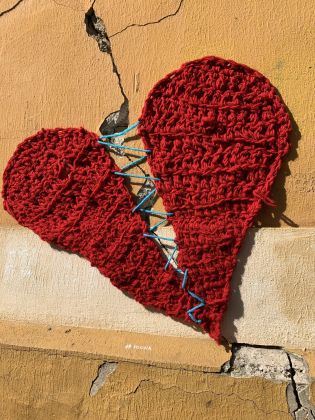 More than the greatest love the world has known
This is the love that I give to you alone
More than the simple words I try to say
I only live to love you more each day.
More than you’ll ever know
My arms long to hold you so
My life will be in your keeping
Waking, sleeping, laughing, weeping…

– From the song “More” sung by Bobby Darin

Their life in each other’s keeping lasted sixty-seven years. Until my father’s death, Mom had never been alone a day in her life. Her attempts to learn now, the vocation of widow, the vocation of alone, began at age eighty-seven, and endured another three years.

My favourite bedtime story, whether Dad was tucking us into bed or Mom, was the story of how they met. According to both, it was love at first sight. Mom had gone to a dancehall, Sunnyside, with her sister Sofia. Really, the story was about the car ride home. Dad’s friend Mario was driving, because he owned a car. Giovanni was in the back seat with Francesca. Every turn in the road, Giovanni leaned into Francesca. She felt a shock go through her, a warm thrill. Too shy to speak, they sat in silence.

There was, in fact, a wartime song “Johnny and Frankie were lovers…” but when Giovanni and Francesca became sweethearts, this never became their song. Their song was “More.”

In my mother’s version of the story, Dad called her at 7:30 the next morning. She was so shy, “afraid of my shadow,” that she put her sister Sofia on the phone to carry on the conversation. It took my mother a long time to learn to speak for herself. She was only sixteen years old when they met.

In Dad’s version of the story; it was 9:30 in the morning – 7:30 a.m. would not have been respectful. He was seven years older than she and thought about such things. She must have waited beside the phone from 7:30 a.m., he surmised, to account for this discrepancy in their stories.

War came. Dad enlisted. Initially, he was stationed at the Canadian National Exhibition Grounds in Toronto. In those weeks and months, he didn’t contact Francesca. According to his version, he hadn’t wanted to start something that would have to be broken off. But my mother had learned he was there, and took his silence as final. She was so heartsick with loss that her hair began to fall out. She pined for him, mourning him pre-emptively.

But they found each other again, and a wartime correspondence ensued; and even a recording of his voice reading a letter to his beloved, yearning to be with her, and photographs of Dad training on the mountains, out in Whistler, then Vancouver’s North Shore, and more and more letters from his time stationed in Port Alberni. Dad never went overseas. When challenged by the English officers, trying to shame the enlisted men into signing up for “active duty” (Prime Minister Mackenzie King had made a promise not to impose conscription to the battlefields) “What will you tell your grandchildren?” my father had said, “I will have grandchildren.”

Francesca and Giovanni married in Toronto during the war. Immediately following the wedding in Toronto, on Dad’s brief furlough, they went to Niagara Falls for their honeymoon. Mom was gorgeous, and Dad, Mr. World, a champion weightlifter, yet with the hands and soul of an artist. The newlyweds attracted so much attention in Niagara Falls that Dad had to put back on his uniform, although he had papers permitting civilian clothing. “Who’s the dame?” a group of sailors taunted. “My wife, and don’t you dare dishonor her with your filthy stares.”

Mom was so shy, such an innocent, she hid behind a bureau on their wedding night. “I was just playing,” she said, when I reminded her of this story. He was so warm. When he put his arms around me, he was always so warm.

She had been protected, throughout their lives together, right to the end. Then, she was alone, and Giovanni was not there to set a table in the sight of her enemies.

In the beautiful intimacies of their life together she had found a freedom, a freedom that every day engaged her fear of those intimacies. She understands, now, that he’s gone, beyond his own death, beyond the pains and joys of life, beyond those intimacies and fear, that there might be for her, as there is now for Giovanni, another kind of freedom.

Darlene Madott is an award-winning writer and retired lawyer. Her accolades include two Bressani Literary Awards, an Accenti Award, and the Paolucci Prize. Her latest book, Dying Times, is a fictional exploration of the last journey, to be published by Exile Editions in 2021, www.DarleneMadott.com. 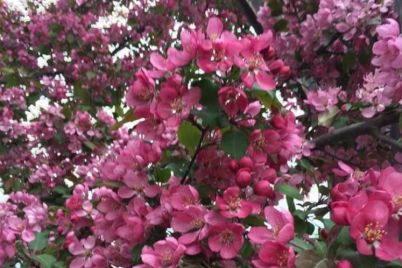 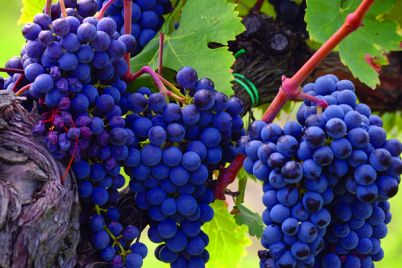