When I was completing the sixth volume of a series I set in a fictional village in Tuscany, I realized that it was time to let the people in these books go. I had seen them suffer during World War II when the series began The Cielo: A Novel of Wartime Tuscany and, through the decades, they had married, had kids who had kids, fell in and out of love, and faced crisis after crisis.

I had created these characters (though that seems too academic a term for them) and lived with them for more than a dozen years. I thought about them during the day and dreamed about them at night. Did Ezio and Donna have a fight? Was Dino acting too much like a teenager?

New to writing fiction when I began (my career was as a journalist), I was bewildered by this phenomenon. I wondered if other authors, certainly more experienced than I, had the same feelings, and I remembered a headline in The New York Times’ Arts & Leisure section: “J.K. Rowling Just Can’t Let Harry Potter Go.”

The article described how Ms. Rowling introduces new elements into the stories that filled her Potter books, produces new stories and new elaborations on her Pottermore website, and is now a source for a hit Broadway play that centres on Harry nineteen years after the seventh novel. Harry Potter and his friends and enemies must be a major part of her life. Ms. Rowling “has never made a secret of her continued immersion in Potter-world,” the interviewer wrote.

Deep in the article, other authors described how they, too, felt pains about leaving their characters after their books were completed. Even Stephen King noted that characters with unfinished business “inveigle” themselves into his head, and he was toying about going back into his Bill Hodges trilogy because he still thought about “a character named Holly.”

Other writers must have had the same experience. Although Arthur Conan Doyle may have killed off Sherlock Homes in “The Final Problem,” he resurrected the famous detective in The Hound of the Baskervilles, set before Holmes’ death. And then there’s Ian Fleming, with more than a dozen novels and short stories featuring James Bond.

I wondered if other authors have had the same experiences so, in hardly a scientific survey, I contacted a random few. It turns out that at least some authors feel the same way.

Lindsay Starck, the author of the mesmerizing Noah’s Wife, reported that she also felt a strange kind of loneliness whenever she finished a draft. “Suddenly the people with whom I’d been spending every minute (while writing, sure, but I was also thinking about them while driving, while jogging, while cooking, etc. etc.) were gone.

“I do still think of them, wonder what they’re up to. Is Mrs. McGinn sunning on a beach somewhere? Did Mauro ever get to Italy? Did Noah’s wife return to her husband? (Sometimes people ask me that final question, and I don’t know what to tell them! I wish I knew!) Perhaps the only cure for the separation anxiety is to embark on something new?”

Brian Leung responded to my question by saying the feisty Addie in his award-winning Take Me Home continues to haunt him.  “I was actually sad when I sent my final version to my editor and knew I’d never write her again,” he wrote. “I was sad because she’s such a spark plug, and who doesn’t want to ‘hang around’ with someone like her? But also, out of necessity, I wrote a life for her in which everything is taken away from her except the experience of ultimate love. She survives, thrives even, but she didn’t get the life she deserved. In that way I feel like an impotent, or incompetent god. And so, while I don’t question my writing choices, not infrequently I play the ‘what if’ game with her life.

“The thing is, though, I know I only have so much time and stamina. There are other things I must write, and so, I pull myself away from those characters who linger because I also don’t want to create orphans, leave characters who must be written, unwritten.”

Judith Clare Mitchell’s A Reunion of Ghosts is about three sisters who have decided to kill themselves, honouring a dark legacy that has haunted their family. It was a finalist for the National Jewish Book Award. “Writing is such a strange endeavour, isn’t it?” she wrote. “We know perfectly well that we’re inventing these characters and yet they so often truly feel like people who come to us and share their stories. My characters were always saying and doing things that surprised me. I’m not sure how that works, but I know it’s a phenomenon most fiction writers have experienced. I once heard the writer Alice McDermott talk about how annoyed her husband, a scientist, gets with her when she speaks about her characters surprising her with what they have to say, but every author she’s ever met knew exactly what she was talking about.”

Chloe Benjamin, whose The Anatomy of Dreams blurs reality and dreamlike states, said she knows the difficulty of letting go. “In a way, it’s like getting to know a friend – not to say that shorter friendships can’t be as meaningful – but the ties are different when you know someone over so much history.”

Sometimes, a character can upset an author. After the publication of Nobody’s Fool, Richard Russo told an NPR interviewer that his character Roy Purdy made him feel unclean. “I would shower after my sessions where I was dealing with that character, not because he is the embodiment of evil – although he does incredibly evil things and takes enormous pleasure in it – but you feel unclean when you make something like that real because, of course, you find them in your experiences of life, the things that you have witnessed.”

Patrick Taylor, who writes about life in Ballybucklebo, a fictional village in Northern Ireland, had a more pleasant, if temporary, solution. When his village “friends” keep wondering what they’ll be getting up to next, he wrote me, “I find the best way to shut them up is a stiff gin and tonic before dinner.”

Not everyone has the experience. Other authors I contacted said they had to move on: let readers get to know your people, they said. It’s up to the author to find new friends.

The last book in my series, The Fearless Flag Thrower of Lucca, is now published and I’m writing about other people, other times, other places. But sometimes I can’t help worrying about Lucia’s heart condition and Paolo’s hearing problem. I wonder if Ezio and Donna have left their mountaintop home and moved down to the village. And, of course, I wonder what is going on now between the handsome Father Giancarlo and the former nun Anna.

Paul Salsini is the author of the six-volume A Tuscan Series. He lives in Milwaukee with his wife Barbara and their cat Bella. His new collection, The Ghosts of the Garfagnana, will be published in 2019. 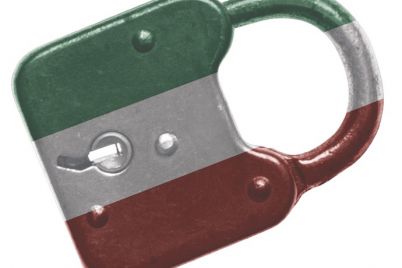