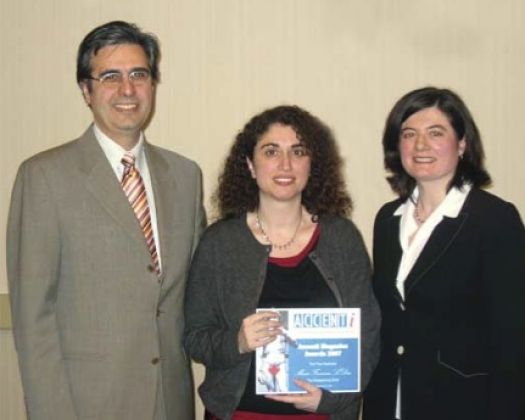 FROM THE EDITOR’S DESK

Accenti Magazine’s big event happens every year in the spring. It’s a time for writers, readers and Accenti supporters to come together for refreshments and listen to stories. Winning stories! The second annual Accenti Magazine Awards were held on April 27, 2007, as part of the 9th Blue Metropolis Montreal International Literary Festival at the Downtown Delta Hotel. This year more than 14,000 people attended the five-day international festival, where some 300 writers, translators and editors from across the world presented their works.

Accenti’s top prize of $1000 was awarded to Montrealer Maria Francesca LoDico for “The Disappearing Sicily,” an evocative memoir of the author’s father, and the mutability of nature. The story is printed on page 26. The second prize of $250 was awarded to Laura Fee of Duncan, British Columbia, for “The Old Woman of Corniglia” – the moving story of a cancer survivor’s awe-inspiring trip to Italy. The third prize of $100 was awarded to Helen McLean of Toronto for “Speaking Italian Like a Canadian” – a non-Italian’s life-long infatuation with Italy and the Italian language. Look for these two other winning stories in the coming issues of Accenti.

The lead-up to honouring our contest winners entails writers sending in their stories and judges evaluating them. This year the Accenti writing contest attracted entries from across Canada, Italy and Switzerland. We thank all the writers who entered.

Five judges selected the three winning entries through a blind judging process. Choosing the three winners was not an easy task. For this reason we are grateful to this year’s contest judges: Domenic Beneventi, co-editor of Adjacencies: Minority Writing in Canada; Marisa De Franceschi, the author and editor of Pillars of Lace: The Anthology of Italian-Canadian Women Writers; Michael Lettieri, professor and chair in the Department of French, German and Italian, University of Toronto at Mississauga; Nancy Marrelli, co-publisher of Vehicule Press and director of the Concordia University Archives; and Alessandra Piccione, writer and producer at Platinum Image Film.

The Accenti Writing Contest celebrates Italy and Canada. It encourages writing about the new culture that has emerged by bridging the two countries that are dear to us. We all have a story to tell. If you’ve got a story about Italy and Canada, write it down and send it in. It could be an award-winning story! Besides winning a few dollars, you also get published in Accenti.

This year’s contest has been broadened to include nonfiction, fiction and creative nonfiction. So get to it! One need not be Italian to be inspired to write about Italy and Canada. In fact, for the second year running, two of three writing contest winners are not of Italian heritage.

This year also marks the launch of a new contest – Accenti’s “Capture an Italian Moment” Photo Competition. If your creativity is best expressed visually, this is your chance. The competition is open to amateurs and professionals alike. And just like the writing contest, you might win $1000 and get published in Accenti.

The deadline for both contests is December 31, 2007, and the winners will be celebrated at the Accenti Magazine Awards in May 2008. The event will include readings of the winning stories and an exhibit of the winning photographs. See the complete rules at Accenti Online (www.accenti.ca).

The Accenti Contests and Awards are in part made possible by our sponsors, who appreciate the significance of supporting Italian Canadian culture, and its creative expression through Accenti. Accenti is delighted to continue its association with Blue Metropolis. 2007 marks the fourth year that Accenti is welcomed at the Festival. We extend our thanks to Festival founder Linda Leith and the Blue Metropolis team for their collaboration.

We are also grateful to you, our subscribers and readers, for your loyalty. Keep reading and keep writing to us. Tell your friends about Accenti – a unique vehicle for the creative expression of our culture.

Regular Accenti readers and subscribers will have noticed some small but important changes to the look and content of the Magazine, which began with the last issue. We have made the typeface a little smaller, the articles a little longer, the graphics sharper, and we have added two new sections: Chatter and Books. So far, comments about the changes have been very positive. Our goal is to keep Accenti relevant and interesting for our readers, and exciting for us to produce.

In this issue, inveterate Italy traveller and wine connoisseur Antonio Mauriello gives us a peek at Vinitaly, Verona’s international wine show – a five-day Bacchanalia during which Italian wines have their coming out, and where the best way to get around is with “a pair of really good shoes.” The “wine facts” at the end of the article will surely stimulate some debate among lovers of statistics and lovers of wine.

Kenneth Scambray follows up last issue’s brilliant feature on Baldassare Forrestiere’s underground gardens with an equally thought-provoking piece on Simon Rodia’s Watts Towers. Interestingly, while Forrestiere was trying to recreate expressions of the Sicily he left behind in Northern California’s underground, Simon Rodia in Los Angeles was creating monumental towers from refuse, that are a testament to his artistry and perseverance. Both works are stunning examples of popular urban art, and yet more examples of the Italian legacy in North America.

In his defence of Italy, Alberto Mario DeLogu contends that when it comes to adopting a country, the passing of time has a funny way of changing our perspective. Venera Fazio profiles Salvatore Bancheri who, as director of the Frank Iacobucci Centre for Italian Canadian Studies at the University of Toronto, is doing seminal work on and for the Italian Canadian community.

Delia De Santis’ talent for short-story writing – delivering a profound message in the most economical way – comes through once again in her disquieting story “The Blue House.” Poems by Jay Black, “Lazy Eye,” and Domenico Capilongo, “lasso the moon,” romance us with their imagery.

Finally, the choice of the Colosseum in Rome, as one of the seven “new” wonders of the world in a worldwide poll, causes us to ponder the ramifications of such a choice. As a symbol of both the grandeur of Ancient Rome and the resilience of Italic civilization, the Colosseum is hard to beat. But is the matter that tidy? See the “About the Cover” section. Happy reading! 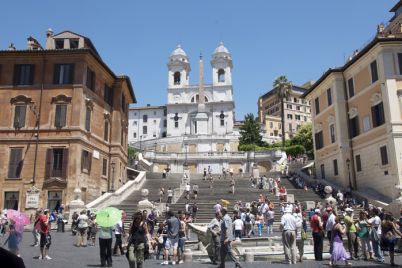 The First One Hundred Fifty Years 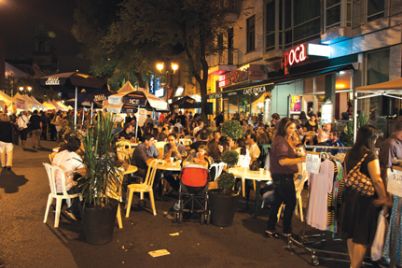 A Summer of Celebrations