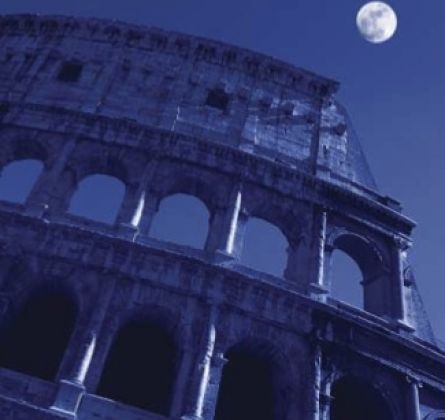 The choice of Rome’s Colosseum as one of the “seven new wonders of the world” by some 100 million voters world wide opens the door to musings about the meaning of such a choice.

In the global poll organized ostensibly to raise awareness about the world’s heritage sites and raise funds to preserve them, the Colosseum – a 2000 year-old decaying edifice once used to unleash the hedonistic and bloodthirsty side of humanity – finds itself in the hallowed company of the Great Wall of China, the Taj Mahal in India, the city of Petra in Jordan, Machu Picchu in Peru, Rio de Janeiro’s Statue of Christ Redeemer, and Mexico’s Mayan ruins at Chichen Itza.

The Statue of Liberty, the Acropolis in Athens, Hagia Sophia in Istanbul, Britain’s Stonehenge – not to mention Saint Peter’s Basilica, the Tower of Pisa, Ravenna’s mosaics, Saint Mark’s Basilica in Venice (nor the entire city of Venice, for that matter) – did not even make the cut! To be sure, popularity polls are necessarily unscientific and profane undertakings. What common criteria could one use, after all, to compare the “wonder” of a sports arena to the “wonder” of a monarch’s lavish tomb or to that of a place of worship?

But as public relations exercises go, the poll in question – sponsored by the Swiss-based New Open World Corporation – achieved its objective. The project was criticized as too narrow by UNESCO, the United Nations Educational, Scientific and Cultural Organization, which keeps a list of World Heritage Sites currently totalling 851 monuments. Organizers also incurred the wrath of Egyptian authorities, livid that their ancient pyramids were far down the list – earning the Great Pyramid at Giza an honorary nomination by the contest sponsors as the “eighth” wonder (!).

The Roman Empire expired more than 1500 years ago, though its legacy endures. Indeed, the Romans bequeathed the modern world their system of justice, their art and literature, their sense of order and organization, their architectural innovations and inventions – roads and bridges, aqueducts, arches and water fountains that still work.

It is revealing that what many today retain from this legacy is a deteriorating template for a sports stadium, symbol of the Romans’ fascination with public spectacles. Perhaps, life at the beginning of the twenty-first century is not that different than life in Ancient Rome.

Some Facts about Rome’s Colosseum

Construction of the Colosseum, also known as the Flavian Amphitheatre, began under the Emperor Vespasian in 70 AD. It was inaugurated by his son Titus in 80 AD, with further modifications made by Domitian, successor to his brother Titus the following year. It was said to hold up to 80,000 spectators, though this number is disputed by experts today, who put the number closer to 50,000.

It was the first permanent amphitheatre to be built in Rome. It is 189 metres long, 156 metres wide and 48 metres (nearly 15 storeys) high, covering an area of six acres in the centre of the city. Unlike previous amphitheatres, it is an entirely free-standing structure, constructed on level ground rather than carved out of a hillside or other natural formation.

The Colosseum remained in use until the sixth century. Though it is renowned mostly for gladiatorial games, many other types of spectacles took place there, including public executions and animal hunts. It is also etched in popular Western culture as the spot where early Christians were martyred. In the sixteenth century Pope Sixtus V attempted to turn the edifice into a factory to employ Rome’s prostitutes. The proposal died with Sixtus V before it could be enacted. In the seventeenth century authorization was given by the Church to use it for bullfights, but the idea was abandoned when the citizens of Rome nearly rioted.

Several restoration projects were carried out throughout the nineteenth and twentieth centuries, including the excavation of the arena substructure in the 1930s under Mussolini. The constant growth of vegetation is also seen as a threat to the preservation of the structure. Today, the Colosseum is home to nearly 250 species of plants. Ravaged by stone thieves, earthquakes and general erosion, the Colosseum is in an advanced state of decay, though it remains one of the world’s most popular tourist attractions. 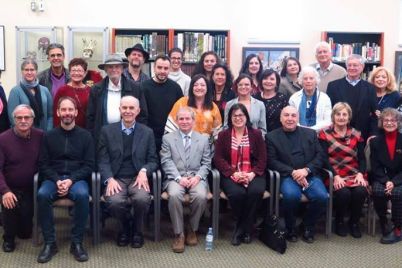 Why a Magazine About Italian Canadians?