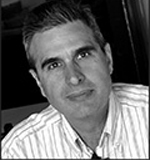 Domenic Cusmano is the co-founder of Accenti Magazine. He is a communications professional, photo-journalist and former educator. His work as a photojournalist has taken him throughout Europe, Africa and South America He holds degrees from Université de Montréal and McGill University. 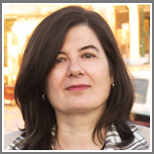 Licia Canton, Editor-in-Chief
Licia Canton is the co-founder of Accenti Magazine. She is the author of two short story collections: The Pink House(2018) and Almond Wine and Fertility (2008). She is also the editor of ten books and her writing has been published in Canada and abroad. She is a frequent guest speaker at international events, and she continues to mentor emerging writers. She holds a Ph.D. in literature from Université de Montréal and a Master’s degree from McGill University. 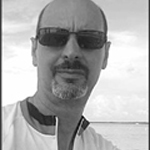 Corrado Cusmano, Design Editor
After earning a Bachelor of Fine Arts degree at Concordia University, Corrado worked as a graphic designer for several Montreal-area design agencies and companies. He quickly established a reputation for his solution-based design approach and rapid execution – features which continue to characterize his work. 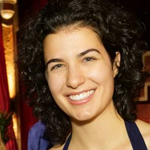 Liana Cusmano, Editor-at-Large
Liana Cusmano is a writer, editor, filmmaker and spoken word artist. They are the 2018 Montreal Slam Champion, and represented Montreal at the Canadian Festival of Spoken Word in Guelph. Liana’s poems and short stories have been published in short story collections, anthologies and literary magazines. Their work explores cultural heritage, sexual orientation and gender identity, relationships, and mental health. 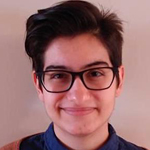 Nadia Floriani, Editorial Assistant
Nadia Floriani is an aspiring editor with a marked interest in fiction. She is a recent graduate in Communication Studies at Concordia University, having obtained her graduate diploma in 2018. Her academic background in psychology and sociology fuels her passion for the stories that people tell, while her Italian cultural background helps to shape her world view. 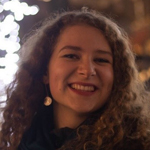 Sally Cunningham, Intern
Sally Cunningham is an English literature and film student originally from Vancouver, BC. She is currently in her third year at Bishop’s University in Sherbrooke, QC. Sally was the co-editor of the 126th edition of The Mitre and hopes for more collaborative editing and storytelling in her future.