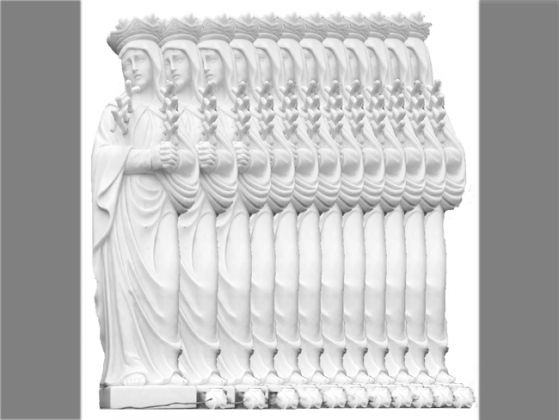 Statue of the Madonna of Sorrows. © Accenti Image Bank.

In his memoir, Mea Culpa: A Plea of Innocence, Bruno Cocorocchio embarks on an archeological endeavour, a series of excavations. The site is his life. Within each chapter, or “dig,” Bruno exposes events from the past that have contributed to his damaged sense of self. Meticulously, he brings to the surface “artifacts of life” that are the clues to his suffering. Reassembling this history enables him to understand what happened instead of who to blame for his maladjustments.

For as long as we live, Mamma and I are fellow inmates, condemned to a life of misery. Her sentence is based on her stories of misfortune. Mine is based on the false notion that I can make her happy. Growing up in a war-torn country, Mamma experienced poverty and famine from a very young age. I was born into a young family struggling to make ends meet, and was immersed in an abundance of shame and responsibility. She learned to fend for herself in a hostile world. I accepted mediocrity in a contained setting. I see Mamma in my eyes. I am possessed. I feel her in my body. She is the millstone around my neck.

Mamma is L’Addolorata, my Mother of Sorrows. Her suffering is bottomless. Her pain is unyielding. Mamma is La Regina dei Martiri, my Queen of Martyrs. Her sacrifices are my accomplishments. Her suffering is my comfort. I am nothing but a porous shield for her torture. In vain, I protect her to settle my debt. Instead, I accrue more guilt.

Mamma is eighty-eight years old. She lives in a care home in the town where she was born. Mamma e Papà immigrated to Canada when they were both in their mid-thirties. In their seventies, they decided to return to Italy. They have consistently refused to discuss the inevitable: old age, sickness, and death. Two years ago, Mamma suffered a stroke that left her partially paralyzed. She remains confined to a wheelchair and is unable to talk. Six months ago, Papà passed away. Although Mamma can’t speak, she hasn’t relinquished her hold on me. Every day I’m drawn deeper and deeper into her quagmire.

I am seven years old, an altar boy. I kneel at the shrine of L’Addolorata in La Chiesa Madre. The image on the wall depicts Purgatory. It consists of three sectors: a fiery hell, a guarded intermediary stage, and a blissful heaven. The middle third illustrates suffering souls in flames awaiting purification before they ascend to heaven. In heaven sits the Virgin Mary holding her child on her lap, her gaze pointed downwards. Her expression is not only of concern but also of compassion and sadness. I identify with the pain of the sufferers as well as the pain Mary feels for those below. In her, I see Mamma.

I am twenty-four, a graduate engineer-in-training. It is the eve of my first wedding. I ask Mamma if she likes the woman I’m about to marry. She lies when she says that as long as I’m happy, she’s happy. It will be our first Christmas as a married couple. My wife and I try our best to see both families over the holidays, but Mamma makes it difficult. She is not pleased with our efforts, and her loneliness is too vast to be appeased. Jealous of my bliss, she compares my love for my wife to my love for her, and the time and effort I devote to building my new home to the attention I afford her. She is not happy; therefore, I cannot be happy!

Thursday evening, a week before Christmas, I come home after work to a dark and empty apartment. A note on the kitchen table reads: “Bruno, I am leaving you. You are not the man I married. Please do not come after me. Goodbye.”

Christmas Day. Mamma has me back at her table. She comforts me with “Figlio mio, today’s women are different. Not like us. They are selfish. They don’t know the first thing about sacrifice. Not to mention work. They want everything and give you nothing!”

I am forty years old, an accomplished professional and family man. I hold my daughter in my arms as she draws her last breath. Two years have passed since she was diagnosed with a brain tumour shortly after her second birthday. I hand her body over to the undertaker. Sitting alone, Mamma sobs. I go to comfort her, for she will not come to comfort me. Her sacrifices far outweigh my pain.

Mamma remains alone. Her husband is dead, and her children live thousands of miles away. She lives in a community unfamiliar to her and shares a room with a stranger. She depends on callous nurses for personal care. Routinely, they change her diaper and move her from the bed to the wheelchair, and from the wheelchair back to the bed. Their instructions are to alert me in case of emergency.

Now and then, Wilma, a friend from my childhood, calls on Mamma and reports on her general wellbeing. Sometimes she arranges a video call. Today, when she dropped in, the first thing Mamma did was to pull at her purse to indicate she wanted to call Canada. Although I’m grateful for the visual contact with Mamma, these links always leave me distraught. The screen on my phone fills with Mamma’s contorted face. In her gaze, her eyes red and swollen, I see a desperate plea for deliverance, a prayer I cannot answer.

“Mamma, perchè piangi? Non sei contenta di vedermi?” My throat constricts as I ask her why she isn’t happy to see me. To allay my anxiety, Wilma explains that Mamma was okay when she first arrived but has become agitated in the course of the call. With those words I feel the sting. Mamma, the perennial martyr, has lured me once again into her cauldron. I am torn. I vacillate between forgiveness and condemnation. Awkwardly, the call ends. Neither I nor Mamma is satisfied. We wait for Wilma’s next visit.

From the moment she gave me breath to the moment she stops breathing, I will be Mamma’s willing slave, imprisoned in her darkness. In order to break this collusion, one of us must die. At almost seventy, I remain hostage to her despair. She will not let go. Under a veil of tears, I sense a smirk that says, “You first, Bruno. I am not ready yet.”

Bruno Cocorocchio immigrated from Italy to Canada with his parents at the age of 12. He earned a degree in Electrical Engineering from the University of Toronto, where he lived for all of his professional life. Now retired, he lives with his wife in Sidney-by-the-Sea on Vancouver Island, focusing on his writing. Mea Culpa: A Plea of Innocence is his first book. 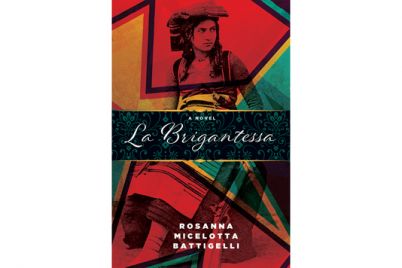 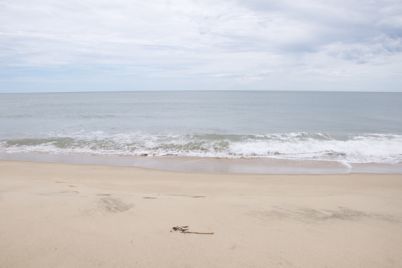 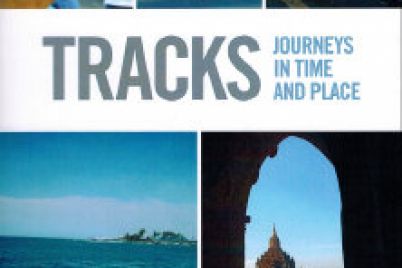