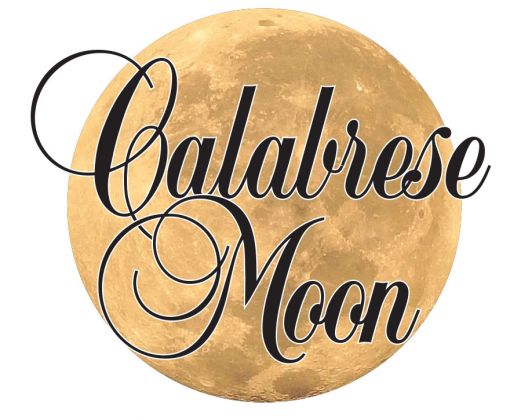 Some dreams are meant to come true. I am living proof. My teenage years were not the easiest. Nonetheless, I do not dwell on the past. Life happens. My mom died when I was 19, my father developed Alzheimer’s a few years later. I learnt early on that life is precious and that the cliché is true; money doesn’t buy happiness. Nurturing deep connexions, an honest day’s work that makes you feel like you have contributed to society, a hobby that fills your spare time; these are things that feed the soul.

I lived in a dream-like state for years, focusing on getting through the day, being my father’s caregiver until he became so ill that he had to be placed in a specialized home. Some days I wished I had a “normal” life. I longed for parents I could visit for Sunday lunch, and who would send me off for the week with bags full of goodies from their cantina. Instead, my Sundays were spent going to the cemetery to visit my mother’s grave and then to the retirement home to visit my father. My dad did not recognize my brother and me anymore, but he was always happy to see us. Maybe our familiar faces reassured him, somehow.

Some feelings you cannot explain to people who have not experienced your reality. I thank God every day for having blessed my brother and me with a bulletproof sense of humour that carried us through storms and fires. I cannot explain how else we survived those hard times. We just picked up the pieces, glued together those that still worked, and created our own routine.

For years however, there was a void I could not fill in my soul: questions about my family brought on by the need to understand myself better, perhaps. Having lost my parents early on, I knew I would never get the answers I sought from them. This yearning only increased with time, until it came to a head. Two years ago, in the middle of January, I booked a flight to Italy on a whim, for the summer, in hope that I would find what I was looking for. I needed to visit my parents’ village in Calabria. I had gone to the village as a young child, but things were certainly different now. Was I looking for a part of my identity?

I called my paternal cousins in Rome to tell them about my plans. They decided they would come along, and we made plans to drive down to the village together. Their parents had both passed away the year before, and I think my cousins needed to embark on this journey as much as I did. As the countdown to my departure began, people around me started noticing a spring in my step. I began listening to Calabrian folk songs at work, to somehow prepare for what was to come. I secretly longed to see a tarantella performed live. It was an odd wish, and not likely to happen, but I still added it to my bucket list. One can dream, I thought to myself.

My parents had obtained Italian citizenship for both my brother and me when we were little. This trip was the perfect opportunity to request an Italian passport. The process was fast and easy, and with that precious document in hand, I headed to Rome that summer. Being reunited with my cousins at the airport was like watching an old home movie. Time had stood still. We laughed and cried, reminisced. At their house we had a lovely family dinner. In the following days, I played tourist in the Italian capital, visiting all the main attractions. Rome certainly lived up to its reputation, and I vowed to go back one day. But my thoughts were on my mission. The week flew by, and it was time to drive down to our paisi in Calabria.

The village perched on a mountainside was a symphony of ancient houses and a few modern palazzine, renovated by out-of-towners who probably saw potential in investing and attracting tourism in the area. The news of strangers in town spread like wild fire. As we explored the old cobblestone streets, people approached us, curious to see who we were and ask if we were related somehow.

I met extended family I did not know existed, and I heard stories about my parents’ younger years, which warmed my heart. I met an old widow, who was the wife of my dad’s cousin. She invited us to her house, where she showed me a letter that my dad had written to his cousin while he was working in Switzerland.

Times were hard and people were spreading out to different areas and countries to try and make a living. The letter was an outpouring of emotions: my father missed his family back home, and even though his adoptive country was good to him, he told his cousin, nothing could compare to the simple life of his little town. I did not know my father to be so eloquent. The depth of his feelings surprised me, and had a profound effect on how I perceived him. I had known him to be a quiet man during his later years. It was a reminder that my parents were young once. I will never know the extent of the hardships they had to endure.

I spent the following day people watching at the outdoor market, storing the scenes in my memory. The familiar dialect that I had heard in our household growing up filled the air, and I felt at home. On display in the different kiosks were savoury cheeses, cracked olives, cured meats, wild anis cookies, and many more typical casarecci products that had dressed my childhood dinner table – homemade delicacies that I now only get to enjoy during the holidays at my aunt and uncle’s house. It dawned on me how traditional meals that we take for granted can make us feel like we belong and help us connect to our roots.

My mother loved music; she was an artist at heart. I grew up to the sound of the Italian radio playing in the background from dawn. It would still be on when I came home from school. Maybe my desire to see a tarantella was influenced by my mother’s passion for Italian music. I knew the opportunity would likely never present itself again, so I started asking around town if anybody knew of any musical events where local groups performed. As luck would have it, a timely conversation with a shoe store owner revealed that her son was part of a local folk band, and that they would be performing in a nearby town that same week. I could not have imagined that events would have worked out so nicely. My stars were certainly aligned. A few days later, my cousins and I headed to the festival. The band did not disappoint. Not only did they perform different tarantelle and pizziche, which I giddily joined in, but they also played the zampogna, a traditional instrument that resembles a bagpipe usually played during the Christmas season. There was something hypnotic about those sounds, and I was taking it all in.

On one of my last days in the village, I was reunited with a young woman I had met when we were children. My parents had taken me out of kindergarten and we had rushed to Italy to be with my grandfather who was on his deathbed. The little girl was just older than me. We would play an Italian version of patty-cake and other games outside. Over the years she often came to mind, but we had not seen each other in all the passing years. I was grateful that she remembered me fondly, as well. The soft-spoken young woman invited me to visit the town, bringing me to undiscovered passages, showing me her home, and taking me to the most breathtaking views from the mountaintop. I could not ask for anything better to wrap up this trip. Weeks later, I was back home looking over my pictures. In one of them, we are together under a full moon on a mountaintop in Calabria. The universe had conspired to fulfill my search. I did not have all the answers, but I knew enough to feel whole.

Gemma Screnci is a freelance writer. She has collaborated with different publications, including Journal de St-Michel and PanoramItalia Magazine. She studied in languages, translation and communications at Université de Montréal and McGill University. She is following her passion by working in Linguistics. 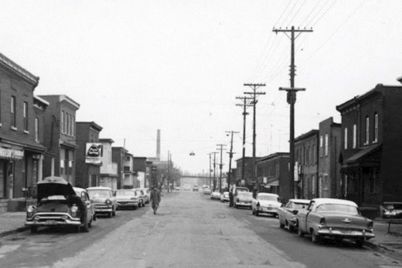 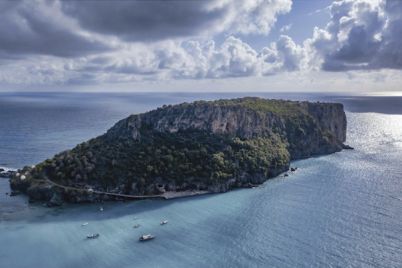