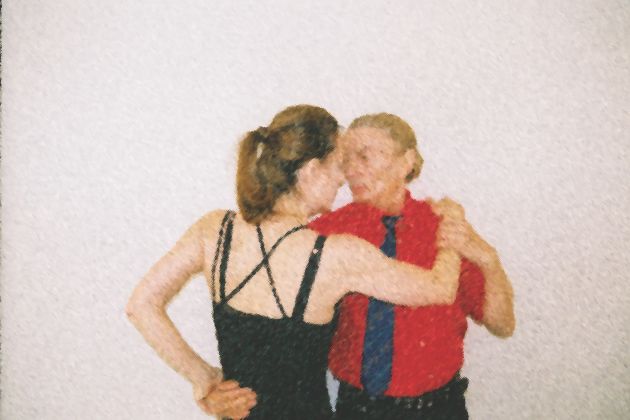 Some images stay inscribed in the mind. Where they come from, I am not sure. One image I do remember the source, however, is from a scene of La mariée était en noir (1967) by François Truffaut. Near the end of the film, Julie Kohler (Jeanne Moreau) finds herself in prison and kills Delvaux (Daniel Boulanger), one of the five men responsible for her husband’s death. This dark scene leaves me wondering why this specific moment and not another strikes me. It probably has to do with the sentiment kindled in the spectator who, according to Truffaut, is satisfied by a character who goes all the way to achieve her goal. I think it has to do with prison: social, interpersonal and personal prisons, within, without us.

Whatever emotion emerged in me, it was responsible for my writing the poem “Bruco” in 1980, a piece about prison. Many years later, in 2005, during my public reading of this dramatic poem, Lazar, the actor who would play the protagonist, encouraged me to turn these verses into a film. A film? I had just completed My Trip to Oaxaca, and so was on a roll. Two features in a single year? That was incredible. I had not made a film since 1983. But, as chance would have it, my novel Un vendredi du mois d’août won the Trillium Award, which brought me a few thousand dollars. So I decided to invest it in this strange poem-play.

Making a film is a strenuous workout. Not the actual shooting of the film – that is the fun part – but deciding to make a film is always a moment of great turmoil. Why spend a lot of money to make a film almost no one will ever see? The films I make are not money-making ventures and, in this case, from the start, I knew that I was going to shoot a totally independent feature, so stubbornly independent that even festivals of independent films would most likely not present it!

Despite the shortage of funds, the film is highly stylized. There is a plasticity in the images and the acting that does not correspond to what is expected in independent filmmaking. Though Bruco is sexual in content, there is no sex, no kissing, no splatter of vomit or blood across the screen.

This film is a poem built with different materials. If a thousand people get to view it, that is more than the number who will ever read the poem itself. In fact, having actors read poems in front of a camera was an idea that I toyed with at the inception of the poem itself.

More than actual dialogue, what I wanted to develop is what I call a duologue, that is, a scene where two people talk simultaneously on a similar topic. Not in conversation but in a sort of stereophony of voices.

This meant that I needed to compose more words to fill the scenes than were in the original poem. Yet there was no improvisation. Every sentence was written beforehand for a specific actor who had to memorize the dozen pages I would email him or her a few days before the shoot. For someone like myself, incapable of reciting poems by heart, the experience when the camera rolled was ecstasy beyond description.

I was extremely fortunate – no, blessed – by the generosity of every artist who worked on this project. Without this sense of collective cooperation, I would never have expanded on what was just a complex, literary work which a handful of people would ever read. I thank each and every person who participated in this shoot that lasted only three days: the first day in June, the second in July, the last in August.

Could this have been done on stage? Perhaps. I rarely enjoy plays on stage. I prefer theatre modified for the screen. This play-poem was shot in my home, and mostly in the dining room. Fascinating, how lighting can transform a white wall!

Bruco is a dark voyage into the world of self-awareness: a personal reading of the Minotaur myth. It is also a social critique of success (assimilation). The word “bruco” is Italian for caterpillar, and so, yes, in many ways, this film is about a man who wants to become a butterfly. (During the shoot two monarch butterflies landed on my shoulder: this touch of superstition has to be mentioned.)

Many expected me to explore Italicity. Of course, the topic is present, but it is not the stereotypical exploitation of Italian emigration. Ethnicity is not pellucid water. The closer one gets to an answer, the murkier the river gets. This film is anti-narcissistic. Selfness in society is ambiguous. Bruco is a man who walks on quicksand and the otherness that questions him leads not to the past, but elsewhere. Nostalgia is an experience I do not particularly appreciate. Ethnicity is a science of the future, its paths are varied and sinuous.

I have never made a unilingual film. This is a medium where one can twist in a way that would simply be impossible to do in book form. Bruco is a writer who writes in Serbian in another country where Serbian is not spoken. There are four languages used in these scenes that are between five and twelve minutes long. There are no subtitles, except in one spot — placed there to avoid equivocalness.

In a country where independent film is synonymous with nothing less than half a million dollars, one can expect trouble when someone does not follow the rules of the industry. This film was produced for a derisive amount of money, too small even to mention here. Actors, musicians, editors and technicians who extend a princely hand is always cause for celebration. When friends gather, as Pliny the Younger wrote, conversation of the highest calibre is bound to unfold. Munificence of artists is what Bruco represents for me: a record of words shared by friends during the summer of 2005.

When he is not making films and writing poetry, novels and critiques, Antonio D’Alfonso is the publisher of Guernica Editions.