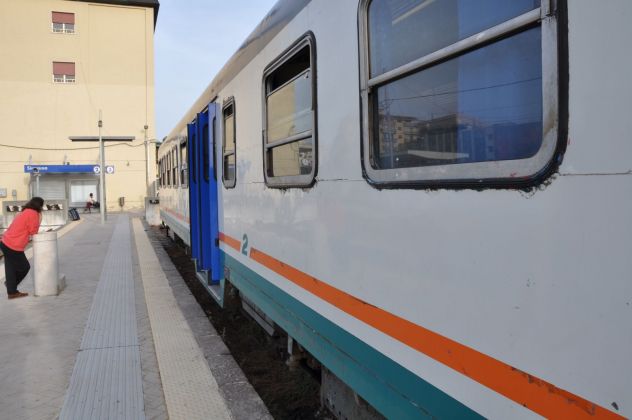 It has been my experience as an educator and a self-proclaimed ambassador of Italian culture that when people think of Italy, they think of three things: the food, the history, and the trains never running on time. They are right on all three counts (although, unbeknownst to them, the third is a direct result of the second). More frequent travellers to Italy might add a few other items to this list: the vineyards, the beaches, the scenery, the hospitality, the more relaxed lifestyle, the romance — that’s amore! But only people who have lived there recently and for a more extended period will also speak of Italy as a place as affected by time, modernization, and globalization as the rest of the industrialised world. Did you know that the average Italian spends more than five hours a day in front of a screen (on social media, surfing the Net, and watching television)? – according to wired.it. That skipping the proverbial riposino del pomeriggio (afternoon shop closure) in favour of the orario continuato has become the norm? That Asian food, and even South American food, have made it to most urban Italian centres – and are thriving there?

And only people with roots in Italy – and a deeper, almost innate understanding of its social and political fabric – will talk to you about workplace discrimination, manipulation, or mistreatment, nepotism and tax evasion, and political corruption. They might tell you what it’s like to be or react to a marginalized group there, what it meant to be a partigiano during the war, or what it means to celebrate the 25th of April today. They might even give you advice on how to make the most of your region’s government-subsidized healthcare, sign up for the maximum unemployment insurance, or close your partita IVA (the freelancer’s fiscal identification number) when financial burdens become overwhelming, as they often do. And they will likely do so without once mentioning “that little dinner place in Trastevere” or how gorgeous their hike along the Cinque Terre turned out to be, quite unexpectedly.

These attitudes are not new. There is a longstanding precedent in the tendency to exoticise Italy or to view it solely as a place of leisure and comfort. British and American ex-pats set the scene early on for our current attitude toward Italy. John Keats travelled to Rome in 1821 hoping that the warm climate would cure his tuberculosis. Lord Byron lived in Ravenna, then Pisa from 1819 to 1824. While there, he wrote his Don Juan between gallops “…through the pine forest which divides Ravenna from the sea…” and lavish dinner parties attended almost exclusively by other English artists and architects (according to Shelley’s Letters). Even John Singer Sargent, born in Florence in 1856, lived mostly as a recluse there, home-schooled and itinerant within Europe, failing in many ways to integrate into Italian society and, as a result, quite literally painting it exclusively as idyllic and serene. And Ernest Hemingway, who immortalized wartime Italy in A Farewell to Arms, spent most of his time there on the battlefield or confined to a hospital bed with limited perspective of the world around him. For anyone travelling to Italy without firmly planted Italian roots, becoming Italian requires consistent, concerted personal effort that goes beyond the mere physical presence or a desire to engage with Italian people and culture.

Looming over this misunderstanding and misrepresentation of Italy is the question of cultural integration that has become so central to Italian reality today. From within, many Italians view the large swaths of political refugees or immigrants from China, Japan, India, Sri Lanka, Peru, Brazil, Syria, Senegal, or Nigeria – seeking a better life for themselves and their families – as threats to Italy’s economy, traditions, and core value system. Often, even the educated are tempted to think of these new groups as liabilities rather than riches. As a result, distance is created between the host nation and the communities it comes to house, each forming small but distinct pockets of the population in all major cities. Tourists, by contrast, are privileged visitors to Italy, and great care must be taken to fare bella figura – make a good impression on them so that they return and further boost the country’s faltering economy. From without, visitors to Italy see only what Italy wants to show of itself: its breathtaking landscapes, its exceptional food and hospitality. Even longer-term guests seldom find the opportunities or venues to interact more fully with Italian culture, as their stay in Italy is usually curated and informed by publications or institutions that wouldn’t have them see the ugly or the difficult. They are none the wiser. They return home with little more knowledge of Italian than the ingredients required to make a traditional dish adapted to their North American way of eating.

As is often the case, however, Italy’s truth lies somewhere between the sum of its hardships and the image it grooms of itself. Its national identity, customs, and practices have been shifting, especially among young people, for the last twenty years: a difficult fact for older generations of Italian policy-makers and representatives outside of Italy to accept. It is no longer the place of either rural struggles and wartime rations expressed in so many Italian proverbs, neorealist films, and immigration literature, or the place of the dolce far niente – sweetness of doing nothing – of the wealthy and privileged that consumers are repeatedly fed by tourism bureaus and travel agencies. It is, as most developed countries, a dynamic and changing state governed as much by practical concerns as by the idiosyncrasies and traditions that distinguish each of its regions from one another.

In the five years I spent living and working in Italy, and five more before that travelling there frequently for my studies, I made a commitment to espouse the Italian way of life in its current form and share my personal experience with others. My goal in writing this column is to describe the reality of daily life in Italy, and what it means to live in and engage with Italy a tempo pieno – full time. Doing so means tapping into hard truths about Italy: its overwhelming caste system, its growing brain drain, the struggles of its young working population, the flaws in its early childhood education systems. But it also means celebrating the absolute best of Italian culture, as its very definition continues to change over time and from city to city, province to province, region to region. This column will explore a different category of Italian reality in an effort to unveil the truth about it as experienced first-hand. It is not a version of Italy that is more real or more valid than others, but rather one that asks some hard questions and, I hope, will inspire readers to do the same.

Tania Zampini is a native Montrealer with roots in Molise and Campania, and her heart firmly planted in Tuscany. She holds a Ph.D. in Italian Language and Literature from Johns Hopkins University. She owns and operates Triple E Travel and Centre de la culture italienne 3E – Éducation Expérience Échange, www.tripleetravel.com