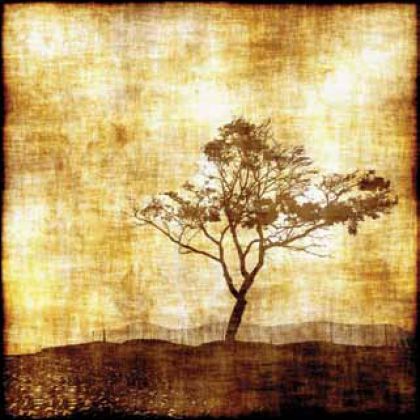 When nonno Carmine Fortunato’s family stopped hearing from him, they thought what people often thought when a husband and father suddenly stopped writing: “He started a new life!” As if there was more than one life to live… So, his wife and daughters thought that he had met another woman; that maybe he squandered his money on her; that maybe he had even started a new family. The type of woman he had met or the kind of life he now led made no difference to them. They only cared because he no longer thought about them; he no longer sent that little bit of money which accompanied his ungrammatical letters.

They didn’t believe that economic difficulties, or any other kind of difficulties, had overcome him. After all, he had gone to Canadà or, even better, to America, the land of a thousand opportunities! Those temperate, God-fearing people could never even imagine that nonnoCarmine Fortunato would have had problems with the law. But as of June 10, 1940, nonno Carmine Fortunato became dangerous, a potential subversive, and was soon arrested. The knowledge that he had been arrested with many other Italians living and working in Canada, brought him no relief. Among the arrested were about a hundred fascists; the Canadian authorities believed it was not by accident that nonno Carmine Fortunato had left Italy during the years in which Mussolini was strengthening his political control. Unfortunately, those authorities did not know that the poor man could not have supported that political faction, even if he had wanted to.

Nonno Carmine Fortunato was taken to Camp Petawawa, in the Ottawa River Valley, to the military base that took its name from the other river in the valley. Petawawa, in the language of the native Algonquians, means “Where one hears a noise like this.” Never had a name been more sadly ironic in those years for the 645 citizens interned in Camp n. 33 at Centre Lake. In those days, the shouts of military commands denatured the noise of those waters that run over the rocks of the river.

He could not understand how and why he had ended up in that internment camp. If it had happened in the first months after his landing in Canada, if he had had problems with the law in 1926, he would have understood and accepted it. Before his departure, he had been very cautious and had taken care of every possible detail. He had decided to leave his wife and five children, convinced that he would return to them. He missed his fifth child’s birth because he had been called to board the ship. Later, when he had already arrived in Canada, he heard that his son had been born and he imagined that he was born on the exact same day he had landed in that new and unknown land. Then the Great Depression hit, and soon he could no longer send savings home, thus losing all contact with his family. The truth was he was ashamed. He did not want to write them without sending money.

That summer morning he had left the house early, as usual, to go to work. It was sunny, and the fresh air promised an extraordinary day. Two men approached him, showed him a card and asked for his particulars. Nonno Carmine Fortunato confirmed the details, but could not show them any identification. The two agents invited him to go back up to his apartment, where they confiscated his passport and meddled with the radio, fearing that it might connect to Italian programs.

“Do you own any firearms?” they asked. Nonno Carmine Fortunato stuttered a negative reply, perhaps frightened by the very idea of the possession of firearms. The only weapon he knew how to use was the trowel.

They told nonno Carmine Fortunato to go with them. Fearing the worse, Nonno Carmine Fortunato asked if he could gather some clothes, but they said it was unnecessary. They drove to an office, then to another office, and to yet another one. After a few days and nights spent in anonymous sleeping quarters, a longer journey – in the company of many other oblivious people – brought him to Petawawa.

He spent his days in a haze, trying to understand where he was and why he was there. He was unable to elaborate a political reason; it could not be that they had interned him because of the recent war, since he had always been a hard worker, when there had been work. So he began to think that someone had falsely accused him. Small jealousies among the wretched poor can reach such levels, in order to take away a day of work from another man – sad thoughts that defeat mainly those who elaborate them.

Nonno Carmine Fortunato knew that if he ever left the place, it wouldn’t be to join his family, like many of his fellow prisoners yearned to do. His family did not even know where he was. In any case, his wife and children were even more distant than the ocean he had crossed.

When the other internees received letters from relatives, nonno Carmine Fortunato experienced a phantasmagoria of emotions. There were those who received letters from wives, girlfriends, or from mothers and fathers. They took refuge in the barracks or the latrines to read in peace. There were those who remained stunned, in silence, reading. Some seemed lost in the ink’s smudged, white vortex; for an onlooker, it was impossible to understand if they had received bad news or if they had been crippled by a sudden, familiar attack of nostalgia. There were those who stood up on the bench on which they had been sitting and announced their good news to their companions or smilingly waved the photographs they had found in the envelope. But they only ever displayed those of their children, reserving those of their wives for rare moments of solitude.

Nonno Carmine Fortunato tried to remain unshaken during the turmoil that was the exchange of correspondence. He wouldn’t have minded receiving a letter, or better, a package; but he knew that there was no one who felt his absence so deeply.

During the first days at the internment camp, wrapped up in one of those jackets with a large red circle on the back – a simplified target for the sentries on the watchtowers in case a prisoner escaped – nonno Carmine Fortunato wrote a letter to his wife and children. The letter was censored twice. The first time by his actual ignorance of the reality that he was living and by his scarce linguistic ability in expressing what was happening to him. The second time it was a military censorship dictated by motives of public order intended to keep under control at least those Italians who were considered dangerous.

He had not received a reply to his letter. How much time would it have taken to reach its destination? How much time would pass until the reply reached him? After a while he started to lose hope. He couldn’t remember the date he had sent his own letter. He oscillated between apologetic reasonings and resigned shakings of the head. After having wondered if it had actually been mailed, a very oppressive thought indeed, he decided to stop thinking about it.

He had even hoped that his former landlady would seek him out, at least to collect the last few days of rent. He had received no reply after having sent her a brief note to claim his few possessions. Every so often he held his head in his hands, and wondered about the fate of his belongings.

Other women in his Canadian life had come and gone with too much ease; it wasn’t necessary to write to any of them. A mixture of personal pride and pity – for him or for them? he wondered – impeded him from writing.

The total absence of women was a terrible reality for the small camp community to face. In the evening, after chatting and playing cards, the internees threw themselves onto the bunk-beds with a sigh of weariness and then everyone was like nonno Carmine Fortunato: alone, faced with the uncertainty of their sojourn at the camp.

During the day he kept his distance from the Italians, from everyone and everything. Sometimes he cursed them, fascists or antifascists. In his eyes there was no difference, and in those moments he could not restrain the curses until he had cursed the day he was born. Only then would he calm down, exhausted, as if he had gone backwards through the senselessness of his existence in a string of bad words.

In the little free time he had, he walked to the river or rather he tried to reach the place where he could hear the water flowing and roaring among the rocks. Only then could he find some peace, by the Petawawa River, where one hears a noise like that of existence, uncontrollable like the power of the water that erodes the rock. Where one hears a noise like that of the deafening clamour of the story that flowed through the veins of every poor, defenceless individual and that dragged every strength and intent to its own inexorable point of stillness.

Despite the rigid schedules and the monotonous life at Camp Petawawa, nonno Carmine Fortunato had learned to take advantage of that routine to collect his thoughts. After breakfast, he didn’t mind busying himself with work. The time passed more quickly, and sometimes work was a way to stay with his own thoughts. Other times it was the best way to set himself free of them. He preferred the constructive work to the destructive tasks that he had to endure at the beginning of his time at Petawawa. He did not willingly go to cut down the trees, leaving permanent gashes in the surrounding forest, but would have preferred reinforcing the barbed wire. He was content when they assigned him small jobs as a mason. He deluded himself with the idea of still being able to build, to leave a tangible sign of his artisanal ability, even in an internment camp in a land that, after a stay that was as old as the now-adolescent son he had never met, was still unknown to him.

The sudden, violent autumn of those places reconciled the falling of leaves with illusions. Along with the leaves that he had to rake, nonno Carmine Fortunato also collected memories and thoughts, the shreds of his existence. Every time the points of the rake skewered a leaf, a sharp pain in his heart ripped his throat in a constricted cry, reminding him that the jacket he was wearing was his only claim. He assembled the leaves into small clumps, their vibrant colours livening the volatile mounds – a slight breeze or a match could have been enough – and there were always leaves that escaped the gathering… There were always memories that fled from his control and assailed him where one hears a noise similar to rushing water against a stone… Nonno Carmine Fortunato realized that each clump of leaves put before his eyes a clump of memories, every gust of wind risked scattering them away, and too often he was tempted to burn everything. His existence had passed and was now still flowing, as he listened to the noise that those memories made echoing in his chest and in his mind, in the reverberation of the colours of those leaves now dead.

Translated from the Italian by Isabella Maria Livorni and Elena Lucia Livorni.

Letting Go of the People in My Head