Revisiting and re-examining difficult episodes from our past allows us to become attuned to the lessons of history that can inform and guide our social policies, laws and practices.

In March 2003, I contributed an article entitled “What We Suffer Most Is Memory Itself” in the inaugural edition of Accenti Magazine (accenti.ca/library). At that time, I was completing research for my doctoral dissertation on post-war Italian Canadian writers. A colleague had brought to my attention a memoir by Mario Duliani, a journalist in Quebec who was swept up in security operations conducted by the RCMP in 1940 at the outbreak of the Second World War and interned in a prisoner-of-war camp in Petawawa, Ontario.

After his release in 1945, Duliani published a fascinating account of his experience as an internee and “enemy alien” entitled The City Without Women. Duliani’s account captured my interest not only for the insights it provided into a little-known episode in Canadian history – and the history of Italians in Canada – but also for the many fascinating questions that it provoked about how, as a nation, as an ethnic community, and as individuals, we remember and manage the impact of individual injustices perpetrated on behalf of the greater community. In the case of Duliani’s “memoir” the task is complicated by the hybrid nature of the text: part journal, part memoir, part fiction, and perhaps in part, a carefully articulated apologia, intended to facilitate the writer’s re-entry into civil society in Quebec when the war ended.

On reviewing the article for republication I thought, rather than edit and update it, I would provide a commentary – a frame, to situate the article in the context of current events. One of the points made in the original article is that history unfolds in time, and its meaning changes. Historic events like the internment are revisited, remembered and continuously re-interpreted in the context of current events and the broader sweep of history. What has transpired in the intervening eight years, and how might those events re-situate Duliani’s account, and the issue of the internment for us today? The political climate in 2003 was quite different from the present one.

In the aftermath of the “9/11” terrorist attacks on the United States, issues of security dominated the news and were felt in everything from national budgets to travel and tourism. This year marked the tenth anniversary of those sad events. It may be a useful time to look back and take stock of what has changed and what has not. It would be easy to suggest that much has returned to normal since September 2001. Some might even conclude that the most lasting impact of the terrorist attacks on New York and Washington has been experienced in the heightened security measures being enforced at airport check-ins, and in the long cues of vehicles backed up at border crossings between Canada and the USA.

Initially, in the aftermath of 9/11, there were frequent reports in the news that drew together issues of terrorism and race. There was heated debate about the use of ethnic profiling by police and security forces to combat alleged terrorist threats. Much of the fallout was directed at Muslims, persons of Arabic extraction, and those from certain regions of the world including Pakistan, India and the Middle East – the supposed lairs of terrorist extremists. Media reports reinforced these ties and, to some extent, fanned the flames of outrage, fear and mistrust. But slowly, over time, the strong public reactions to ethnic profiling and security measures have subsided. Suspicions seem to have largely dissipated, and now it’s pretty much business as usual. Or is it?

A story on the CBC recently brought back the incidents of 9/11 in a powerful way. A man in Dallas, Texas, who was the victim of a post-9/11 gas bar shooting – because he appeared to be from Pakistan or India – was leading the charge in seeking clemency and a reprieve from the death penalty for the man who had shot him at point blank range. The perpetrator was awaiting execution for also shooting and killing another South Asian gas bar attendant. In an extraordinary act of reconciliation and forgiveness, the recovering victim reasoned that he, and the man who shot him, must somehow find a way to move past the kind of reactionary and extreme response that leads to such acts of racial violence. If we cannot, or if we fail to do so, he reasoned, we are destined to repeat those terrible events and extend the seemingly widening spiral of violence in our society that are expressions of fear, mistrust and ignorance. What is required in such cases is extraordinary generosity, courage, optimism, and imagination: to fight hatred with compassion; to overcome ignorance with awareness; and to extinguish fear with understanding. It is enormously difficult to do, and perhaps too much to expect, or even hope for, but it is necessary. The evidence of this is all around.

In July 2011, more news of extreme violence and “terrorism” came from a most unlikely place – Norway – a country where most of us would think people live in harmony. Tragically, 77 people were killed when a gunman opened fire at a gathering of Labour Party youth. After he was arrested, the gunman claimed that the rampage was his expression of rage against the ruling party who had, in his view, ruined Norway by permitting Muslims to emigrate there.

That terrible incident suggests that we may never eradicate random acts of violence in society so long as there are unstable, angry people who will stop at nothing for a cause – however absurd, extreme or senseless their views and beliefs may seem. It also reminds us about the need to continue the work of educating people about historic events, social movements, and groups of people who subscribe to different social or cultural norms. Paradoxically, by raising consciousness about differences, we become more aware of our similarities and those human qualities that bind us.

Revisiting and re-examining difficult episodes from our past allows us to become attuned to the lessons of history that can inform and guide our social policies, laws and practices. Guided by the lessons of the past we can work toward improving relations across ethnic groups and move toward more integrated, more creative, stronger societies, where mutual respect replaces suspicion, and where caring for others, including those who are different from us, is an expression of our recognition of a common human bond – the true measure of our humanity.

Much has happened since 2003. The Community Historical Recognition Program (CHRP) introduced by the Government of Canada through the ministry of Citizenship and Immigration takes a great step toward doing the important work of cultivating greater understanding of historic events that ostracized and mistreated members of various ethnic communities in Canada based on race and ethnicity. At the time of the events in question, policies were enacted by the government whereby Canadian citizens of a specific race, ethnic heritage or country of birth were subjected to treatment that would be viewed quite differently today. The actions taken against them would not be permitted under the law today, or would be far less likely to be tolerated. Or would they?

Recent cases like those of Maher Arar, Omar Khadr and the “Toronto 18” are stark reminders that the balance between providing security for the masses and maintaining the rights of individuals is, indeed, a delicate one. And the stakes are high, on both sides of the equation. Stories like these remind us that we must be ever vigilant in scrutinizing the actions of those who act to protect us, to guard against the abuse of power and the overzealous application of laws and procedures.

In the case of the internment of Italian Canadians, we are now some 70 years removed from the events. So, what is to be gained from this exercise? Is it politically expedient? If so, how? Is a program like this in some way a “sign of the times”? What does it suggest about where Canada “is at” in recognizing past wrongs? But an exercise like this one is not without risks of its own. For example, are we “opening up old wounds?” Some will argue that it is best to leave the past behind and move on. But the counter-argument is equally compelling: If we do not learn from our history, then we are destined to repeat the errors of the past.

So, it is hoped that with the passing of time, and in the light of intervening events, we can revisit and re-examine those events from new perspectives, and come away with new ideas about how to resolve ethnic conflicts, develop policies that are more just, and chart a course toward a peaceful and more just society.

It is often mentioned that Italian immigrants were largely responsible for “building Canada” – quite literally. Road works, subways, houses and factories across this country bear the mark of many Italian labourers. Perhaps one important way that Canadians of Italian heritage contribute to the creation of a more just and more progressive society in Canada today is through exercises like this one.

The projects being undertaken by various Italian cultural groups across the country as part of the CHRP program are an opportunity to reflect, re-examine, and re-interpret past events in an effort to better understand them. Ultimately, we are being invited to share our new understanding with others who might face similar challenges to those endured by Italians in Canada in the 1940s – around issues of ethnicity and belonging, and around how to become agents of positive change in contemporary Canadian society. This can be another important marker in writing the history of Italians, and those of Italian heritage, in Canada.

Having contributed so much to building the physical structures of Canada in the last century, we are now being called upon to play an important role in weaving the social fabric that will define and fortify Canadian society for the generations who will follow in our footsteps.

Jim Zucchero currently serves as Vice-President of the AICW and is on the steering committee for the CHRP project. He is a counsellor and instructor at King’s University College, UWO, in London, Ontario.

This article is published as part of the Community Historical Recognition Program (CHRP) funded by the Department of Canadian Heritage. 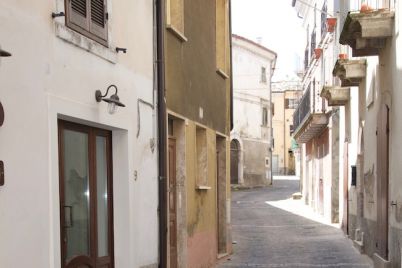 The Ghost in the Grape