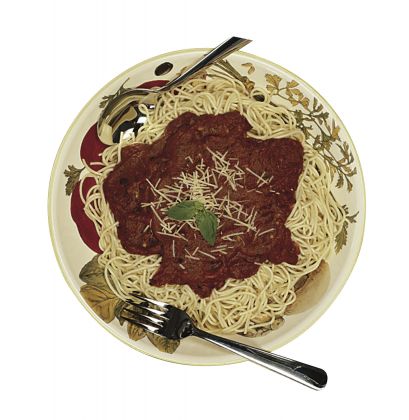 When Italians arrived on the shores of North America, they brought with them knowledge of a great many things. But despite their reputations as scholars and artisans, builders and craftsmen, they – and consequently we as their children and grandchildren – became most admired for what they accomplished not in the workplace, but in the family kitchen. In fact, an Italian astrophysicist is more likely to be quizzed about his culinary preferences than his scientific theories.

That’s because if Italians know anything for sure, it’s that food is comforting. We cook when somebody is born, when somebody dies, when we have something to celebrate, and to fend off boredom. We stand over the stove for hours when our children phone to say they’ll drop by for a snack. And we invest a week’s worth of kitchen time preparing for a holiday meal.

For Italian people – no matter where they reside on this planet – food and the rituals surrounding its preparation are the very substance of life. We eat to live. And we define how well we live by how well we eat. Recently, our most basic foods have found their ways onto endless lists of the trendy fare and tomes about gourmet gastronomy. Perhaps that’s because the wider world has discovered what we have always known: that our favourite foods are, at once, comfort for the trials of life and expressions of love.

How Italians define comfort food is inextricably connected to their provincial heritage and to the traditions of the kitchens in which they grew up. But almost all will agree that there are certain foods that provide higher levels of comfort than others. They are the little treats we give ourselves when we’re feeling, well, just a little bit blue, just a little bit lonely, just a little bit bored or just a little bit under the weather. Our mothers and grandmothers claim that these foods actually do have some medicinal properties. But, for the most part, these comforters make us feel better simply because our mothers and grandmothers prepared them for us whenever they were convinced we were out of sorts for some – even unapparent – reason or another.

The ingredients are always simple. And even if we as adults have to drag ourselves off the sofa to prepare them for ourselves, the effect remains the same. These simple foods are like comforting hugs. And who doesn’t feel better after a hug?

For generations pastina has been without rival as the most comforting of Italian comfort foods. That could be because as babies we were fed bowls of these tiny pasta pearls by our mothers and grandmothers. In Italian households, babies are never fed anything that comes out of a jar. As soon as we could digest solid food, we ate what everybody else ate – only pureed and not as heavily spiced.

As babies grow, pastina becomes the answer to all ills. A cold? The flu? Chicken pox, mumps, or measles? Pastina is always part of the cure. In fact, pastina’s curative capabilities seem to be limitless. It has been credited with removing all traces of discomfort from an ankle sprain, relieving the pain of a broken heart and blunting the edge of any particularly vexing disappointment. What’s more, the woman who prepares a pot of pastina for an ailing child or grumpy spouse actually reinforces her connection to generation after generation of Italian women whose commitment to their families has become legendary. Try and get all that out of a bowl of oatmeal or a peanut butter and jelly sandwich.

However, a good pepper and egg sandwich ranks right behind pastina when it comes to comforting. It was a weekly staple when the Church still carried its “meatless Fridays” rule on the books. Now Italian eateries draw lunchtime crowds when they add it to the “specials board” during the Lenten season. But, the taste for the traditional pepper and egg sandwich knows no season. Many a college student has driven hundreds of miles for this taste of home. And many a man has crept out of bed, and fired up the stove at midnight to munch fried green peppers and eggs on crusty bread.

No one has ever claimed that peppers and eggs contain the same cure-all qualities as pastina, but the aroma released while the ingredients cook has been credited with calming frayed nerves and warding off sleeplessness. Empirical evidence to support this theory, however, remains elusive.

Any short list of Italian comfort foods must include pasta. It is the most basic staple of the Italian dinner table. Until very recently – since it has shown up on high-ticket menus in high-class eateries – non-Italians knew pasta as something to hold down tomato sauce. Italians, however, especially the children and grandchildren of immigrants, knew it not only as a dietary staple, but also as a way to feed a huge extended family on a shoestring. When meat was scarce or unaffordable, they paired it with breadcrumbs, beans, garden vegetables and garlic and olive oil. But the most comforting version is the least complicated.

No Italian kid has ever made it to puberty without ever having a plate of pasta with butter – pasta al burro – placed before him or her by an indulgent mother, grandmother, or doting auntie. Traditionally, it’s the way to get kids to eat when they refuse to eat what everyone else is having for dinner. Besides, if it’s made with penne or rigatoni, it’s kid-friendly finger food: a benefit not lost on adults, either. Grownups have also been known to boil up a pot when time is short or provisions are low. It’s the Italian fast food – minus the drive-through.

Marinara And Other Things Mama Never Heard Of

Sometime during the 20th century – scientific investigators don’t exactly know when – the most basic of Italian foods became gourmet fare. Our comfort foods suddenly turned up on the menus of those sophisticated eateries where patrons stand in line for hours to admire the handiwork of chefs with exotic-sounding names and celebrity connections. The phenomenon is confounding to Italians who are loathe to stand in line for anything – other than a turn to dip their bread into the sauce pot simmering on the stove – and who are generally unimpressed by a chef with professional credentials.

Nevertheless, the purveyors of upscale hospitality have embraced our humble fare, transformed it into haute cuisine and charge patrons plenty to experience it. Marinara sauce is a figment of their imagination. No matter how many times it shows up on a restaurant menu, nobody’s mama ever made marinara sauce. It just doesn’t exist. What does exist is something called “Quick Sauce,” and every Italian knows how to make it.

Historically, Quick Sauce is a way for Italian wives and mothers to satisfy pasta-related appetites when the inventory of real sauce is depleted. For our grandmothers it was a way to make sauce when meat and seafood were too much for the budget to bear. According to a friend in Calabria, this combination of tomato puree, olive oil, red pepper, onion and fresh basil is a staple. Of course, she admits that it can’t hold a candle to the real thing, which takes hours to prepare.

Italians come honestly by their need to cook slowly and waste nothing. An elder from Abbruzzo recalls that as a small boy in the 1920s all the family’s cooking was done over a wood fire. Ingredients went all together into a large cast iron pot and left to cook over the fire for hours. The heat source was tough to control, and too hot a fire burned the goods. Besides, wood was expensive and there were lots of reasons to conserve it. So the food simmered all day long.

For families of limited means – and most in Italy and in the New World were in those days – what went into the pot wasn’t cheap, either. Whatever folks had, came from animals they raised for the purpose of eventually ending up on the table. Some families kept chickens and cows for the eggs and dairy products they produced. Most would acquire a lamb or a pig once a year, raise it and eventually butcher and preserve it for consumption throughout the following year.

No part of the animal went unused. And the bones – especially pork neck bones with the sweet, flavourful meat – went into the sauce pot. To this day, it is the bones that make the sauce. Then we simmer, just as our ancestors did.

But the quick cook version has hidden virtues as well. Remove the onion and red pepper to create the basil sauce for “Pizza Margherita” – the legendary dish created by a baker from Naples for his Queen. According to legend, the baker believed he could show his love of country and respect for Queen Margherita by transforming simple bread dough into a representation of the Tre Colori – the tri-coloured banner that would eventually become Italy’s national flag.

So, onto the baked dough he placed meatless tomato sauce seasoned with sweet basil and sprinkled with grated cheese. The combination served a couple of practical purposes, according to the baker. It represented his country, and satisfied Italians’ collective primordial urge to feed everyone – high born or low. What the baker couldn’t have imagined is that his invention would become translated in the New World into something he would hardly recognize.

In fact, pizza as most North Americans know it is another thing mama never heard of. “Pizza” is what our grandmothers and mothers made of dough left after baking the family’s bread. The dough was rolled out, rubbed with olive oil and garlic and shoved into the oven to brown. That done, it was topped with fresh tomatoes, parsley, basil and another drizzle of olive oil.

When they wanted to get fancy, they added some grated cheese or some fresh mozzarella – but never before the dough went into the oven. Nobody wasted meat on pizza. Nobody put pineapple on pizza. And for sure, nobody concocted anything remotely like what’s served up in pseudo-Italian pizza joints.

Neither would any Italian imagine that a plate of polenta would fetch upwards of $15 in a trendy restaurant. Polenta is the Italian version of corn bread – or maybe grits. It was appreciated for its potential to feed a big family cheaply, and for its willingness to adapt to several incarnations by smothering it with sauce and using it as a stretcher-base for small amounts of meat or leftovers. It’s long on comfort value, but short on overall appeal. In fact, the immigrants who practically lived on it during tough times would probably have traded it for practically anything else edible, but they certainly wouldn’t have given a week’s pay to have it served to them on a china plate.

Polenta’s recent celebrity – along with other simple dishes including pasta primavera and pesto – is both a puzzlement and an amusement to Italians who grew up on pasta and peas and aglio e olio.

Yet, even as we shake our heads in disbelief at the ways the most basic stuff of our lives has come so far from its roots, the fact that our humble fare has captured the world’s imagination is no small thing. And we revel in the accomplishment. Six generations from now, we will still be arguing over the best way to boil pasta or what goes into a good sauce. Our kitchens will still be the hearts of our households. And the meals we prepare there will still comfort our souls.

Patrice D. Bucciarelli is a veteran journalist, author and poet. Her work has appeared in newspapers throughout the US and in several international business magazines. Her book, Italian Comfort Food: What Italians Really Eat, is slated for release in 2004. 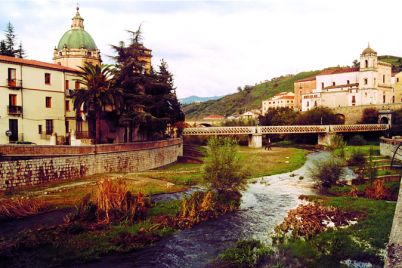 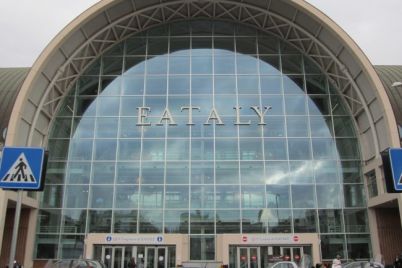