Montreal playwright Vittorio Rossi, at present gearing up for a revival of Paradise by the River, on the internment of Italian-Canadians during the Second World War, has a message for dramatists just starting out: write about what you know and make sure you have an interesting, intriguing, emotionally-charged tale to tell.

That has been the secret to his success, and the lifelong resident of Ville Emard, author of award-winning hit plays such as The Chain, Little Blood Brother, Backstreets, and The Carpenter’s Trilogy, offers it in his affable, easy-going way to anyone who wants to listen.
“Actually, when I was a student I thought that I should be writing something that would appeal to a broader audience,” he said while sitting at a table at AJs, his favourite hangout. “It was an English professor, a mentor of mine, who made me believe that you should write from a place that you’re familiar with, that you know. In my case, it was the Italian background that I grew up in.

“That’s what I’ve stuck with because that way I give myself a better opportunity to make the story believable. It would be ridiculous for me to try and write a story about an upper middle class British family, for instance. I don’t really know what that’s all about. I can understand it intellectually but I don’t really know it. So I write what I know.”

An example of Rossi’s “write what you know” and “tell a good story” approach can be found in The Carpenter’s Trilogy, three linked plays – Hellfire Pass, Carmela’s Table and The Carpenter – that combine elements of story-telling, biography and autobiography.

“The first part comes directly from stories my dad told me,” Rossi said. “Particularly with the event which is the subject of the play: his attempt to reunite with the father who had abandoned him. So in that sense it was biographical based on my father.

“A similar thing with part two – again inspired by stories from my dad and my mom. I built the story around that. Part three, on the other hand, I wrote from first hand experience and knowledge: the deterioration of my father over a period of several years from Alzheimer’s. But even with part three I still needed to invent certain dramatic situations for the purpose of moving a story, a narrative forward.

“Many of my plays start off with personal events. In The Chain, for example, there were things that had transpired between my father and myself, and my father and my brother. I took that as a starting off point and I just invented a story. For the most part they were all inspired by family.”

One of the exceptions to this rule is Paradise by the River. Originally staged at Montreal’s Centaur Theatre in 1998 and set to be reprised in October of this year, the play does not have a personal connection and was at first intended as a TV mini-series. When the mini-series idea fell through, Rossi searched for ways to salvage the development work he had done.

“During the development phase,” he said, “the producer had put together a research team. I told him to just get me anything on the subject: books, statistics, articles of the day. Then about two or three years later, I thought: ‘Wow, all that work done and we couldn’t get this to film or to television.’

So I said: ‘I may not have the power to move that along further but I know I could get this on stage.’”

The idea for the revival came from one of the original producers who felt this might be a good time, considering that interest in the subject had been stirred up by the tabling (and recent passing in Parliament) of Bill C-302. This is the bill brought forward by St-Leonard MP Massimo Pacetti to have the Canadian government issue an official apology for the internment of Italian-Canadians during the Second World War.

The play also differs from Rossi’s other productions in that, while the majority of his work has focused on family interplay, friendships won and lost, local situations and events in Ville Emard, Paradise is more historical and political in nature. But Rossi doesn’t see that as a problem in his attempts to balance the personal and the political.

“I always take the position that, no matter how political you want to get,” he said, “at the end of the day an audience needs to follow a story. You have to cleverly find a way to immerse your politics into the story. If you want to lecture them, you’re better off watching Obama’s speeches.

“I decided to tell the story of how this couple who love each other with a child on the way gets ripped apart, and the goal of the story is how do we get them back together. It was that simple. It had that kind of clarity for me.

“You don’t have to be Italian to identify with the idea that these struggles really challenged the human condition. I think that in itself is intriguing. And let’s face it, I think the idea that this was part of our past, part of our history that actually happened here has an element of intrigue as well.”

Given Rossi’s views on what makes a good play, it’s not surprising that his main influences were Arthur Miller, Tennessee Williams, Ibsen and a touch of Chekhov.

“From early on these were the writers that intrigued me,” he said. “Although Williams did rise to a different poetic level. He did experiment. But his stories were so real and raw. And Ibsen I found early on to be one of my heroes.

“I love Chekhov too but I wouldn’t know how to go that way. When you want to pin it down to craft, I like Ibsen because, though he had strong vibrant characters, they were at the service of a story. With Chekhov, the story was at the service of the characters.”

“They come to see the plays,” he said, “because it’s another Italian-based play. But once it’s over, they don’t show up. I don’t know why. They have to be trained, to be taught to appreciate. And sometimes I think the leaders (of the community) are a little asleep.”

Rossi also feels that there is a lack of a cross-Canada vision among theatre artistic directors, so much so that he feels the term “Canadian theatre” does not mean very much. He also scoffs at the excuse that his plays about Italian-Canadians in Montreal would not travel well to places like Toronto or Vancouver.

“I remember being told that they were concerned there wouldn’t be an audience for my plays,” he said. “And I remember thinking: ‘So you think you won’t have an audience for that but you will for a play about characters from Brooklyn.’ It’s stupid, ridiculous.”

Rossi has a modest proposal on how to solve the problem of regional theatrical insularity: force all Canada Council-funded theatre companies to rotate plays across the country or risk having their funding cut off.

“You pool 10 of the big theatres together,” he said. “Each year each theatre puts on one or two new plays, sometimes even homegrown. Let’s say they total 15 new plays that rose to the top, either critically or box office. Put those plays in a pot and tell the theatres: ‘I don’t care which theatres and

I don’t care which plays but you’ve got to choose two or three of the plays and you’ve got to rotate them over the next two-three years.’

“What does that do? It means the playwright is making three salaries off that play and I don’t have to write a fucking application to the CC [Canada Council for the Arts] to help me survive this year. Now, you can give that money to young kids who need to be nurtured as playwrights.”

Vittorio Rossi’s Paradise by the River runs at Centaur Theatre October 5 to 31.

Michael Mirolla is the author of the novel Berlin. 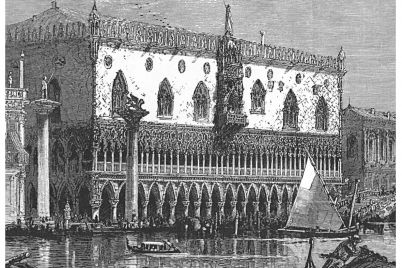 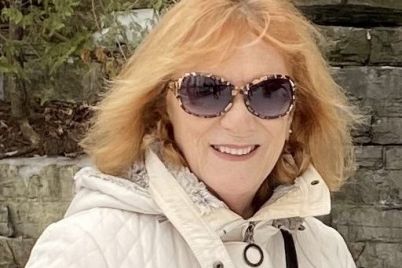 In Conversation with Genni Gunn, Author of Permanent Tourists