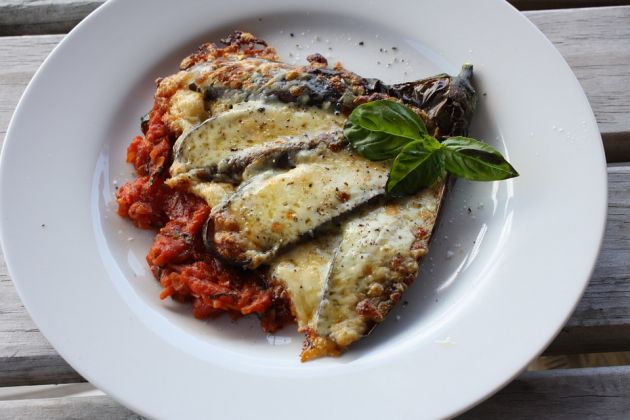 Emma’s hand shook as she presented her dish to the judges. Her lower lip trembled, as did the lavender-infused pannacotta on the bright white plate. This was it. Her last chance. The proof in the pudding. The desperation in the dessert. Her future wobbled in the balance. Either win or go home to a tiny apartment where no one would care if she blanched or tempered or gently poached.

The chefs watched Emma place the plate on the table, watched her step back, watched her quivering. She felt the hammering in her chest, hot and fast, rising all the way to her face. Even the tip of her tidy brown ponytail pulsed to the beat.

The camera zoomed in on the triple-berry coulis and the decorative leaf fashioned from sugar glass, so delicate and transparent that someone could look through it and thread a needle on the other side, if that’s how the someone liked to sew.

Chef Sparkly Eyes divided Emma’s culinary creation into three portions. Chef Frownlines scooped up his share of Emma’s hopes and dreams on a silver spoon. The camera focused on his mouth, mean lips and bleached teeth. He chewed. The sugar glass crunched.

Frownlines gave nothing away. His throat thickened with swallowing. “Is this the best dish you could produce?”

“How much do you want this?”

Sparkly Eyes shook his head and rolled his bright blue eyes. “You don’t have to answer that,” he told Emma.

“The life of a chef isn’t all beer and skittles, it’s not all fun and game birds,” continued Frownlines. “You work until you can’t stand up anymore. You work while your friends are out having fun – if you have any friends left. Then one day you underseason the broth in your acqua pazza, social media kicks in, and the restaurant closes. Your wife leaves you. You have to support her and the baby. You’re forced to sell your eight-point-five-million-dollar mansion. Gordon Ramsey unfriends you on Facebook. What use is a perfectly cooked rib-eye with basil butter and roasted baby vegetables when you have nothing left, Emma? Can a rib-eye keep you warm at night? Can a baby vegetable grip your finger with its tiny fronds and make your heart melt? Can it say ‘I love you, Daddy,’ and press its tiny head into your chest? Can you carry it to bed, listening to its soft snores, and kiss its forehead goodnight?”

“Is that what you want? More than anything? To substitute a baby carrot for a life?” shouted Frownlines.

“That’s enough,” admonished Sparkly Eyes. “No need to make her paranoid before she’s even started.”

The third judge, Chef Cool Guy, declared Emma’s dessert to be in the top ten in the history of TwinChef. “I love the softness of the pannacotta, the snap of the sugar glass, the vibrant colour of the coulis, and how you’ve combined the subtlety of gooseberry and elderflower in the sorbet and crafted that perfect quenelle, so elegant. This dish reminds me of summer.”

Most dishes reminded Cool Guy of summer, or the ocean. He lived in perpetual summer, surfing around the world and setting up high-end restaurants with stunning beach views. Wealthy tourists adored his hideously expensive barramundi en papilotte and exorbitantly expensive chilled lobster salad with citrus vinaigrette.

“Thanks, Emma,” said Sparkly Eyes, dismissing the hopeful contestant from the chef cave and taking out his phone.

“I just want to thank you,” said Emma. “My time on the show has been fantastic. To win is my dream, it’s always been my dream. To win would be such a dream come true! To be a chef is all I’ve ever wanted, ever since I was a little girl.”

Frownlines was onto her like onions on a hotdog.

“Always?” he asked, his right eyebrow lifting to dispute her claim.

“I have it on good authority that you had a very different dream until you turned twenty. So by my calculations, unless you’re lying about your age as well, becoming a famous chef has only been your dream for a mere four years.”

“Is this true?” asked a surprised Cool Guy.

“You were a flautist,” continued Frownlines, “hoping to get into the West Australian Symphony Orchestra. On the verge of auditioning, in fact, when you had one too many Botox injections and your lips lost their elasticity. The flute choked where it should sing. I put it to you, Emmaline, that you took up cooking because you could no longer play the flute.”

Sparkly Eyes was horrified; his eyes lost some of their sparkle. If there was one thing he couldn’t tolerate, it was dishonesty. (And tofu – he couldn’t stand tofu.)

The judges composed themselves, for the show must go on, and the cameras were ready for the next and final contestant.

Addie entered the chef cave. She worried that the eggplant was undercooked, or overcooked, or averagely cooked, or hadn’t been salted long enough, or the slices were too thick. She’d made this dish many, many times at home – it was her party piece. But it was different today, mushy on the white plate, the cheese unevenly layered. Having been given just five minutes to decide on a dish, she’d chosen the first that had popped into her head, not taking into account that it might be a bad idea to serve a traditional Italian dish to an Italian judge, and a nasty one at that. She may as well present a finger painting to Da Vinci.

“Hi Addie,” said Sparkly Eyes, his eyes at their sparkliest. “This is it, the final countdown. How are you feeling?”

“Nervous, but excited. This has always been my dream.”

“How does it feel to be up against your twin sister?” asked Cool Guy.

“Who’s going to take home the money?” chimed in Frownlines. “You or Emmaline? Who’ll do the cookbook? Be interviewed on breakfast television? Do you think it’s an advantage being older by four minutes? Are you wiser?”

“What have you got for us today?” said Sparkly Eyes.

“Parmigiana di melanzane.” She had found the recipe in a book called Traditional Italian Recipes: Focus on Naples and learned how to pronounce it on YouTube.

“You’re brave,” said Sparkly Eyes, “serving Italian food.” His cheeks ached from smiling. He was sick of himself, of smiling, of being the friendly chef, but his on-screen persona had distilled over the years into this caricature of nice. Once the media had dubbed him “the nice chef,” the producers had decided they didn’t want any deviation, so he was stuck with it.

“It’s just like Nonna used to make,” Addie squealed, to distract the judges from her sloppy effort, which was oozing liquid under the harsh lights. “Made to Nonna’s recipe.”

Every contestant on TwinChef with an Italian heritage mentioned their nonna, their nonna’s recipes, and her influence at least ten times an episode. If a nonna had passed away, there would be accompanying tears and a sobbed insistence that the contestant was “doing this for my nonna.”

“I didn’t know you had Italian blood,” said Frownlines. “You’re a sly one, Adelaide. You’ve been on the show all this time and kept it hidden! Both you and Emmaline! Amazing! Where’s Nonna from, sweetheart?”

“Ah, Napoli. My family is from Napoli.”

Frownlines was away with the tomatoes, laughing with his Nonna as she chopped away, pulp and juice dripping down her plump arms. On Tomato Day, his extended family produced up to a hundred bottles of the finest Neapolitan tomato sauce known to humankind. “What’s her surname?”

“Bianchi,” answered Addie. She hadn’t thought this through, but there had been a Maria Bianchi at her primary school, and she knew it was an Italian name.

“Unusual for a Bianchi to be Neapolitan. My nonna is a Ferrari,” said Frownlines.

“Do you think it’s fair to compare a main course and a dessert, Addie?” butted in Cool Guy, who felt he hadn’t had enough screen time this episode. “Emma chose to make a dessert, you made a main. Are they too different? Chalk and cheese? Veal and vegan? Pavarotti and Bieber?”

Addie was thrilled to be off the subject of Nonna. “A main is much harder,” she said. “You have to perfect more techniques. And dessert, well, it comes after dinner, doesn’t it? Sometimes you’re too full and don’t want dessert. So it’s less important.”

“Maybe,” laughed Sparkly Eyes, a pastry chef, trying and failing to excuse Addie for being young, ignorant, and dismissive of some of the finest chefs in the world. His smile turned rictus, teeth clamped together, the sparkle leaving his eyes.

Frownlines threw down his fork. “What kind of oil did you use?”

“Olive and? There’s something else there, I can sense a different viscosity.”

“Can I just check that this is definitely Nonna’s recipe?”

“And Nonna is from Napoli?”

“Then why would she use an oil native to Sicily?” spat Frownlines. “You, Adelaide, are a fraud. Not only does your parmigiana di melanzane bear an oily Sicilian stamp, but the top layer of your dish contains tomato sauce, sprinkled Parmigiano Reggiano and mozzarella. No Neapolitan nonna would ever put mozzarella on the final layer. It’s not done in Napoli. It’s not allowed. It’s a travesty, an insult, a cheese nightmare. I put it to you, Adelaide, that you don’t have a nonna. You wouldn’t disgrace her with this wet muck.”

Sparkly Eyes was worried. This was the first time a TwinChef contestant had been accused of not having a nonna, and he was out of his depth.

“You can’t lie about a nonna,” Frownlines shouted. “Our cooking relatives shape the people we are today. Without Nonna, I would have grown up to be an idiot like my father, but instead I trod in my nonna’s footsteps.”

Addie knew that her Sicilian-influenced, waterlogged eggplant parmigiana and false nonna claim meant sudden death in the TwinChef final. She was the garlic butter in a chicken Kiev, leaking all over the place. There was only one way to go with this – to heap lies on top of this lie. Famous people got away with it. Social media would take over and she’d become more famous than her winning sister.

“I don’t have a nonna,” yelled Addie. “I lied. I don’t have grandparents, I don’t have parents, I’m an orphan. Don’t look at me like that. I’m the victim here. But I will rise above it, I will design handbags, I will date a musician with crazy hair, I will have a lifestyle blog, you just watch me.”

Frownlines smashed the plate against the bench. Cool Guy punched him in the face for the crispy skin insult. Sparkly Eyes smiled a genuine smile. He didn’t know how the show worked so beautifully, but it did. Emma would win TwinChef and, in six months, be broke and forgotten. Addie would design handbags, date a musician, have a lifestyle blog, and appear on a reality TV show. Frownlines would be back next season, leaner and meaner. Cool Guy would leave the show amidst much media coverage and make a new series of his own called Be Careful What You Fish For.

Sparkly Eyes would spend time between seasons with his wife, his kids and his dogs, making croquembouche and pecan pies and croissants, and he would only smile when he wanted to, and his eyes would sparkle like the candles on a salted dark-chocolate ganache triple-layered birthday cake. 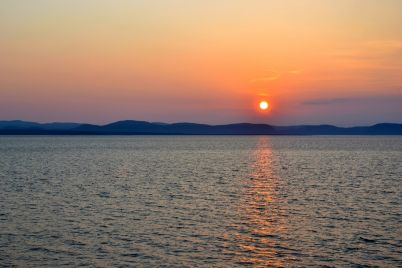 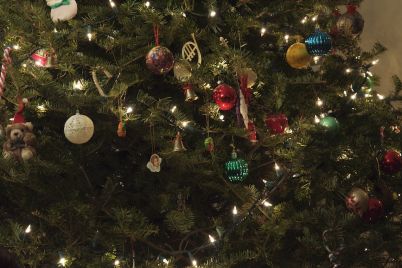 The Importance of Community During the Pandemic 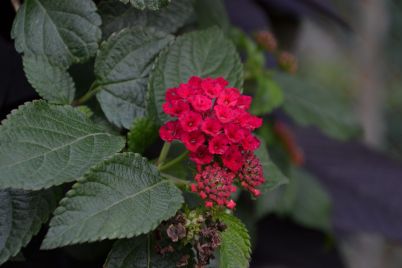