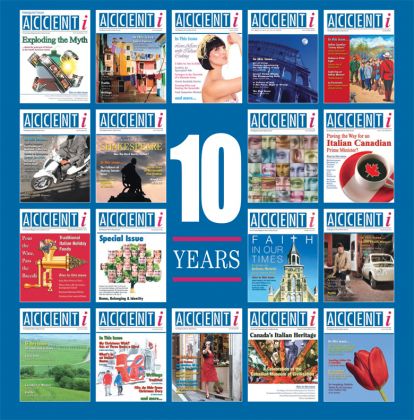 A little over ten years ago, we had this crazy idea to launch a magazine for and about Italians in Canada – a magazine, we hoped, that would distinguish itself by quality writing, images and design. Our aim was (and remains) to publish stories that raise the bar and push the boundaries – that impart a universal theme. We wanted a magazine that would be written from the perspective of the community, but that would look outwardly to everyone around us, inviting them to peer in – to reach out to Italians and non-Italians alike, so that we can all engage in the conversation.

Back in March of 2003, in the editorial of the very first issue, we asked questions that still resonate today: “Why a magazine about Italian Canadians? Why in English? Why Accenti? Many people have asked me these questions in one form or another in the months that led to the launch of this Magazine. While the answers seem self-evident, to the skeptics I can only say that there is a vibrant Italian community in Canada, and that this community is worth talking about – both amongst ourselves and to those around us. As for the argument that looking at the world through the Italian-Canadian prism is an exercise in introversion which limits or even ghettoizes the community, I can say that people with common characteristics coalesce around common objectives all the time. The fact is that such endeavours inform and enrich the human community as a whole.”

Publishing a magazine in print over the last ten years, as the world turns away from paper and increasingly towards digital backlit screens, has not been easy. Accenti has kept up with the times, with a fully functional website which complements and in many ways supersedes the print magazine. Virtually every article and image published in Accenti is archived at www.accenti.ca – nearly 1000 items. In addition, the site has become an indispensable instrument in reaching new and diverse readers beyond our geographical and demographic boundaries – more so than the print magazine ever could. As we go forward, and if Accenti is to survive as a viable medium, Accenti Online will need to occupy a much larger presence.

The last ten years have also seen the launch of the Accenti writing and photo contests, offering $1000 as a top prize for each contest, plus publication. While the benefits for the winners are certainly evident, the windfall of these contests for Accenti has been access to a trove of really great stories and photos, and connection with a slew of very creative people. In the process, Accenti Magazine has awarded more than $20,000 in prizes, and has brought attention to the work of these talented individuals, Italians and non-Italians alike.

We thank our readers, sponsors, contributors, suppliers, friends and supporters for their loyalty, and we look ahead to the challenges of the next ten years. 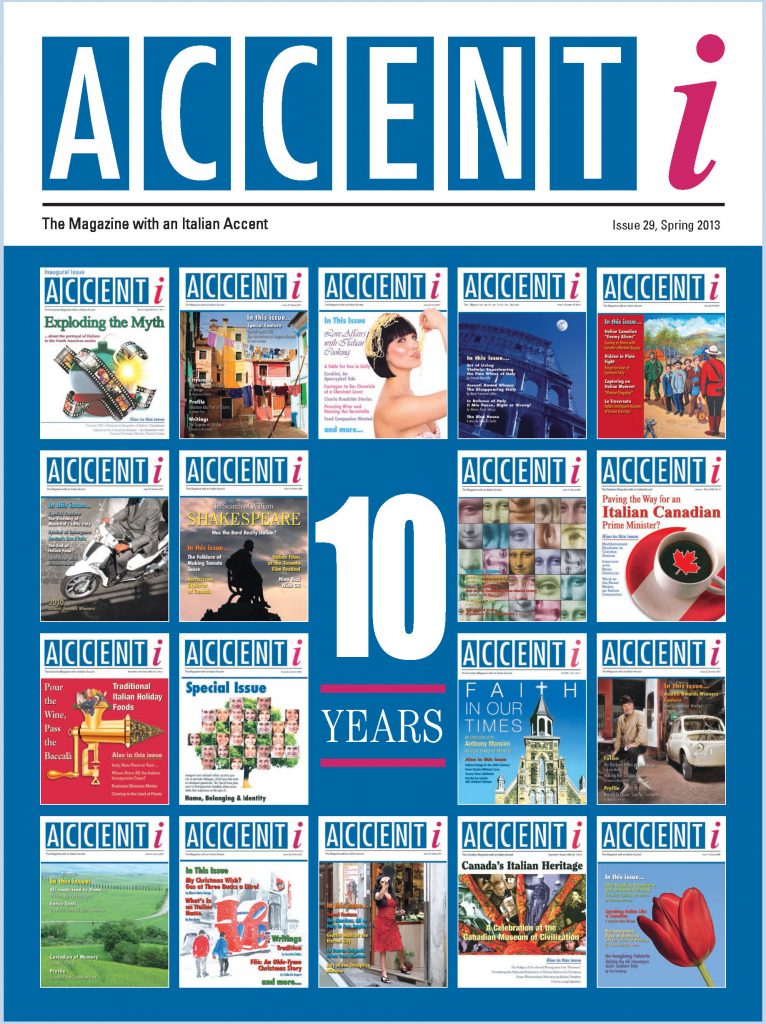 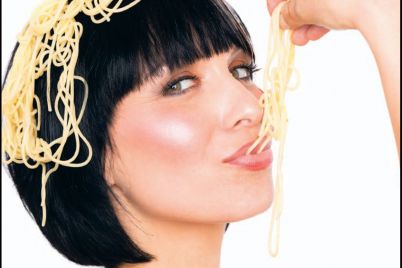 The Food We Eat

Taking the Next Step

The Year That Was