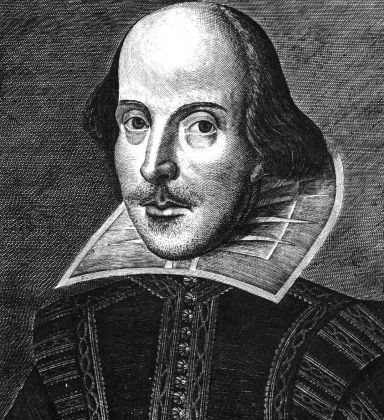 The article about John Florio by Lamberto Tassinari, (“In Search of William Shakespeare: Was the Bard Really Italian?” Accenti, Issue 15) was a cute little appetizer for readers unfamiliar with English literature or the Elizabethan period. The author is apparently quite taken with the story of the Italian father and son who found a niche for themselves in the turbulent Tudor court of sixteenth century Britain. Mr. Tassinari extends his fascination with the character of John Florio to the point of describing him as the William Shakespeare, playwright. He makes this claim based on the use of Italian settings for a number of plays the theatre company performed, and the use of vocabulary present in the dictionary John Florio prepared and circulated in court.

For me, that attribution takes a literary curiosity one step too far. Speculation about the true authorship of Shakespeare’s plays has been a pseudo-scholarly pastime for several centuries. Why not? William Shakespeare of Stratford-upon-Avon did not leave behind extensive personal diaries to construct a biography. His record is all in the plays and poems published under his name. However, records of the Shakespeare family in Stratford do exist, recording a middle-class background sufficient to provide for a grammar school education that included Latin classics. William married Anne Hathaway, who gave birth to their children. Still a very young man, he went to London where he became part of the company of players who performed in theatres, inn yards, and eventually, with royal favour, in the court.

Vocabulary in William Shakespeare’s plays reflect much more than literary background. Characters refer easily to herbs in the countryside, to farming practices, to the lore of shepherds and to country pastimes. Did John Florio know any of these particulars? While it’s true that plays like Romeo and Juliet, The Taming of the Shrew, Two Gentlemen of Verona, The Merchant of Venice, and Measure for Measure use settings very specific to Italian cities, there are also the history plays Richard II, Richard III, and the Henry’s, and the tragedies of Macbeth, King Lear, and Hamlet, that have nothing to do with Italian sources.

Mr. Tassinari implies that the acting companies were unschooled and ignorant. While it’s true that Shakespeare was not a “university wit” from Oxford or Cambridge, lacking the aura enjoyed by his contemporary Christopher Marlowe, the plays in the 1623 folio exhibit both deep thinking and theatrical finesse. The film Shakespeare in Love gives a lively – if not accurate – picture of the life of a company of players in Elizabeth’s realm. The talent possessed by the playwright cannot be easily explained, but it is not unique in the world. There were grand storytellers before Shakespeare: Geoffrey Chaucer and Thomas Mallory in England, Boccaccio in Italy, borrowing tales and references from each other to create something new. And who can explain the grandeur of Dante? He set his magnificent commedia in the underworld and on the moon. Did he travel there? What do you think?

In short, the article that gives credit to John Florio for the plays of William Shakespeare is a clever fantasy, a whim for a summer day.