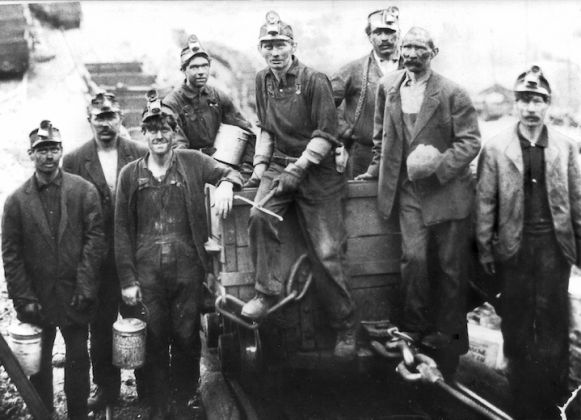 Among the features of Prof Kenneth Scambray’s new book, Italian Immigration in the American West – 1870-1940, (University of Nevada Press, 2021) that stand out are the episodes he relates that come directly from his family papers. These are by no means gratuitous or filio-pietistic boastings about his own immigrant family. Rather, they are integral to his overall thesis, especially regarding two major themes: first, that though early Italian immigrants displayed primary loyalty to their co-villagers rather than to Italians or Italy, they eventually, in America, began to see the virtues and benefits of affiliating with that larger whole. Second – and this was especially true in the West – many immigrants were initially reluctant to adopt American attitudes about racial dividing lines, mainly because they themselves had been the targets of racism, both in an Italy that saw them as tainted by proximity to Africa, and in America.

As a result, they were quite willing to fraternize with both African Americans and Native Americans in their new country. The episodes Scambray employs to demonstrate this both concern his grandfather, Vincenzo Schembri (the original family name became Scambray in America). In the first, he relates how Vincenzo, having emigrated from his Sicilian village of Bivona to Brazos, Texas, to work as a farm hand, married a woman who had settled across the river with her paesani from Poggioreale. Scambray notes that, “This ‘bi-cultural’ union would have been next to impossible in Sicily” (42). The point is made: already, in America, the mixing of origins by Italian immigrants, here only from one Sicilian village to the next, has begun. The second episode is even more poignant. Vincenzo Schembri, like many Sicilians in the South, saw no reason to shun the African Americans with whom he worked, and routinely invited them to his home. This soon aroused the wrath of local Ku Klux Klan members in Bryan, TX for whom this was heresy. It prompted a visit from three members of the Bryan community “to inform him that he had to stop allowing African Americans to enter the front door of his house and to stop allowing them to eat at the family dinner table.” Scambray goes on to relate how Sicilians, used to such unfair treatment in Italy, often responded:

Vincenzo relented, but not totally… he ceased allowing his African-American friends to enter the front door of the family’s small house. However, he continued to host African Americans out back at the family table next to the barn where the family more often than not took its evening meals (Scambray Family Papers) (48).

The use of his family archives in this way gives added weight to the episode and sears the point into the reader’s mind that this kind of muted resistance to American racism on the part of Italian immigrants was a common occurrence.

But Scambray doesn’t limit his text to only personal knowledge. He has combed the literature for every bit of scholarly evidence to make his update of the research on Italians in the West and what made their settlement unique likely to become a standard reference text. He references not only the standard works, such as Andrew Rolle’s 1968 classic, The Immigrant Upraised, but a host of other full-length studies and essays and census reports that define his field. This gives the necessary weight to his study that should satisfy even the most meticulous scholars, as well as more general readers.

Scambray departs from Rolle in a number of ways but perhaps his most significant is in what he covers as “the West.” Rolle considers all states west of the Mississippi River his “West.” This includes states normally considered mid-western states, such as Kansas and Minnesota. Scambray does not. He does include all of Texas, even though much of the state is actually east of the 100th meridian, but he then stays with strictly western states, from Arizona and New Mexico to Colorado, Utah, Wyoming, and Idaho, then Montana, Alaska and Washington, finally moving on to far-west states like Nevada, Oregon and California. He groups these, in order, into sections titled Southwest, Midsection of the West, North of the West, and Far West. While some of this grouping may seem arbitrary, it provides a convenient organizational framework to what might otherwise be a cumbersome survey.

The book then treats each state individually. For each one, Scambray treats the themes he has pinpointed as having given the western immigrant his particular advantage. The major themes he explores for each are generally the same: how priests, often Jesuits, were the pioneer settlers, establishing missions and schools that typically turned into colleges, and paved the way for immigrants to feel somewhat at home in an otherwise unsettled and unsettling world. He then explores in detail the jobs always crying for laborers – the western mines, forests, farms, and fishing zones that offered the immigrant wages well above what he or she needed for simple survival. This leads to one of Scambray’s major arguments. Where the narrative of eastern immigrants is often one of being trapped in low-wage jobs and harsh conditions, Scambray points out for each state how the daily wage for workers in the labour-starved West was high enough to allow the immigrant to quickly amass enough capital to quit his dangerous entry job and become a “free labourer.” This, in turn, allowed him to pool resources with others, usually family members, and often start enclave businesses, such as a saloon or a grocery. Such independence made him a real part of a community, rather than an outsider.

The advantage of being a free labourer was coupled with one other major boon for immigrants to the West: cheap land. Scambray repeats this theme again and again. The immigrant who was able to save from his wages in a coal mine, for example, was then able to turn the accrued capital into land – land which could be farmed. He was thereupon able to grow much of his own food and eventually become a landowner, something almost impossible in the Italy of his birth. Many farmers in California’s Central Valley, and in other states in the West, thus found that they could begin to amass farmland in productive ways, and to introduce American buyers to fruits and vegetables not initially part of the local cuisine. And most significantly, to focus on the raising of wine grapes to turn much of California and other states into premier wine-producing areas. 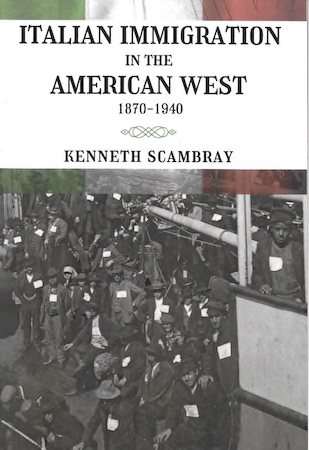 This focus on success does not blind Scambray to the darker side of his immigrant narrative. He in fact makes much of the differences in the ways Native Americans and African Americans were treated, compared to newly-arriving immigrants. These two groups, often competing for the same labour-intensive jobs, were denied the advantages given to Italian-Americans, who, for the most part, were considered white or semi-white. This meant they did not endure the same handicaps as Blacks, usually denied the right to own land. Asian-Americans, too, were denied that right by law. So the point, Scambray emphasizes, is that the “struggle” of Italian settlers was made demonstrably easier by their conditional racial acceptance. But this was complicated and sometimes compromised by the above-mentioned tendency of Italian immigrants to fraternize with people of colour.

One stirring example cited by Scambray occurred in northern California near the town of Ukiah. There, Italian immigrants worked the same “day labour” jobs, often on farms or in sawmills, as the Pomo Indians. Regarding Indians as co-workers and neighbours, immigrants saw no reason why they should not serve Indians wine at their saloons, or attend dances and celebrations on Indian rancherias. Local authorities looked upon such fraternizing as suspicious at best, and as violations of the law at worst. When some Italian immigrants even intermarried with Indians, the suspicion grew that Italians were foreign anarchists seeking to overturn the social order. It was only when enterprising Italian farmers turned unproductive land into profitable farms and grape-growing areas that local sentiment towards them slowly changed. Nonetheless, Scambray qualifies his account of the Italians’ success with the central acknowledgment that not only were Native Americans and Blacks denied the same success, but that the very lands which were so cheaply available to the immigrants were literally stolen from the Native Americans with whom they were forbidden to associate.

Scambray also makes it a point to treat the crucial role played by women. Each chapter directs the reader to the typical role of Italian women in America in running not just the household, but many of the enclave businesses like saloons, and especially the boarding houses that were so crucial to male immigrants. Without the unpaid labour of women, many of these businesses would have failed. With them, they added to the growing prosperity of Italian immigrants in the West.

Finally, Scambray is careful to bring the story of each settlement up to date by modifying the standard immigrant story of assimilation with what has become a current tendency: that later-generation Italian Americans, contrary to predictions about vanishing ethnicity, have returned, in recent years, to a renewed interest in the “old country.” This has made them, in the current jargon, “transnationals,” with their allegiance split between America and Italy. But since they are much more confident of their full acceptance and status in America, they do not have to worry, as the immigrant generation did, about how this interest in and love for the old country is perceived. They may not know the precise term for their bi-focal identity, but they are quite comfortable with it, nonetheless.

There is much more in this wide-ranging study, particularly its delineating of individual stories of success and/or failure, but that may not be necessary here to conclude that Prof Scambray’s study, with its breadth of coverage, with its exhaustive reference to the most current literature, is likely to become the standard work on Italian immigration to the West. 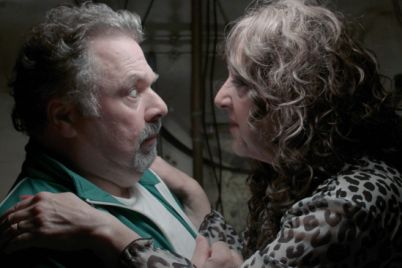