The Door – [Winner]
by Susanna Cupido

“Go shut the door,” he told me, and I stopped
a second, wondering exactly what
he meant, if I’d been wrong to leave it propped
open, if drafts were getting in, if “shut”
meant something different, if he had asked
before, if “door” could be a metaphor
for our relationship, if we were past
the point when shutting doors would help, if “door”
derived from Anglo-Saxon or from French,
if I was overthinking this, if he
could shut the door himself, if I could wrench
it off its hinges if I tried, if we
were doomed to die alone—all this (and more)
I wondered, when he told me: “Shut the door.”

At the carrefours, signs and avenues
Usher us to divergent destinations.
We trace thoughts through clouds,
Neuronal bridges tethering
Roads. Branching out deltas
Of serpentine labyrinth loops
In the expanding metropolis.
In toxic sub-zero dawn
Traffic exhales
Nauseous exhaust.
Night shuts its wings
And the sun, ethereal egg
To the east, fries its way west
Over easy, on this town awakening
Like every other town in the world,
Where this morning, we are reborn
To ourselves, to our routines of work
And family obligations,
Huddled in our parkas, with our coffees,
Our cigarettes, car radios and breakfasts on the go.
Revamped into one more time slot.
This day we name and carve with our rituals
Born again to adaptation. We are words
Tumbling onto a new page
Of some half-written book. We coalesce
Some sort of meaning from the totality
Of our days, the whorl of them
Coiling into an ever strengthening helix
Surviving winds and blunt force
On this tangible terrain.
The page is blank
And seems benign
With all the tabs open
To a thousand yesterdays.
The memory of them intruding pop-ups
Of non-continuous text claiming attention,
Stitching upon time’s arrow past to present.
Continuity to future me on an invisible trajectory
Through places, faces, events, my life, one story
I weave of the years, these words.

When they were old men
they couldn’t recall if they had strode that mystery,
or if another sailor had bragged of walking
on the broad backs of cod
all the way to the shore

of the new found land;
though even Caboto himself
might have baulked at that word ‘found’:
his tensed eyes
saw nothing you could pin down, only landfall

receding into mist, and a wild grey sea
shape-shifting
into translucent islands,
learning to crackle and splinter;

learning to soften
to slob ice, and then be washed ashore
as lolly turned to slush:

a liminal place,
a borderland which surfaces and fades
in the throats of its own people, through words
which bob up
and hide beneath the tide of standard speech;

sudden as a wind
that stretches cheeks in a screecher; or perhaps
in a damp muggy day which closes the lips
to murmur mauzy, or with the force
of brickle ice exploding harsh consonants
in throat and mouth.

it is a language
like distant glim; its words as elusive
as a fairy squall, a gust which appears
to come from nowhere.

A standard speaker
is strangered by this tongue, feels as displaced
as perhaps Caboto did when he returned
to the jewel-hard light of Venice, learnt to live
with palaces and towers, yet in his dreams
still walked a squirming silver bridge of fish,
the nearest thing he could find
to solid land.

we are made of weak cloth
and barely woven fabric
sewed, having chosen
a design because of texture,
jute or silk

having chosen a colour, violet
brown or red, for the breadth
of cotton held against light
for the depth of denim
that soaks up all stains

weak cloth never woven
for the strength of weft
for the sounds it makes when
flapped against laundry lines
in wind, for threads that stray
and those that remain

after so many washings

we, these ties we say
we’re cut from are paper persons
dangled, accordion ribbons
designed not by craft or skill
but by hands, scissors

Who Can Sell Books on the Accenti Bookstore? 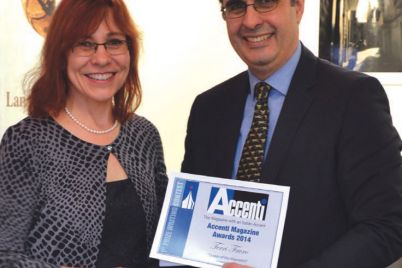