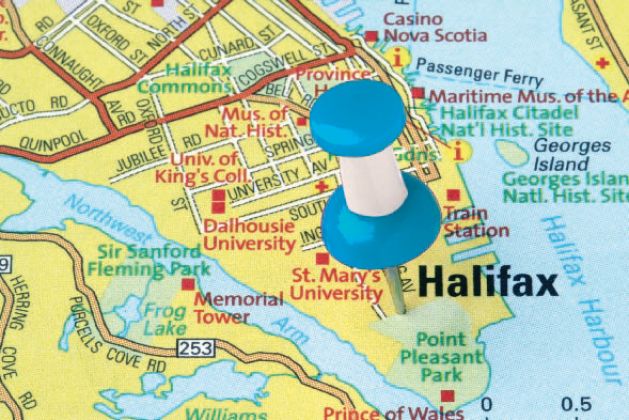 Although the Italian community in Nova Scotia is among the oldest in Canada and Halifax holds a significant place in the history of immigration, it was only in 1974 that a group of Italians came together to form the Italian Canadian Cultural Association of Nova Scotia (ICCA).

Previously, while the Italian community was present in Nova Scotia, most Italians were too busy creating a new life in a new country to go about seeking official recognition. Occasionally, volunteers organized dances in church halls and, several times a year, a priest would celebrate Mass in Italian. But that was the extent of organized social activities for Italians as a group.

That all changed with the creation of the ICCA. The ICCA offered a way for Italians to have the chance to gather and speak their language, cook their traditional meals, and meet new friends with similar backgrounds. In short, Italians were forming a community for themselves and their families, while struggling to become part of the social fabric of their adopted country. With the help of organizations such as ICCA, they succeeded in doing both. They found jobs, worked very hard, sent their children to university and, at the same time, they kept their identities as Italians.

Within a few years, the association could afford to rent a space in the North End of Halifax, to facilitate meetings, as well as to organize parties and events. In the eighties, the Canadian government gave the ICCA a grant, and the association was able to buy its first building on Agricola Street. In time, a new building was put up on the same site.

The new building, inaugurated in 2007, is the result of the years of hard work spent promoting Italian culture in Nova Scotia. As the members of the association integrated in their new country, more and more people joined the club: some of them to rediscover their Italian origins; others to find a community away from home. Today, mixed in among the original community and the new Italian immigrants are many Canadians of non-Italian origin who are interested in Italian food, art and language.

With more than 13,000 square feet, the new ICCA building has multiple spaces that can be used in a variety of ways. Among these is the Big Ballroom with its fully-functional kitchen. The room can accommodate up to 180 people, and is the space where many cultural events take place, including musical revues, celebrations and festivities such as Mother’s Day, Carnival, and Festa della Repubblica. It is also used for weddings and anniversaries, and has often hosted gatherings held by other non-profit organizations.

A smaller and cosier Clubroom boasts a traditional Italian bar. This is where the Golden Age Club meets every week for tombola, card games, bocce or simply to socialize. A big screen TV beams the RAI network directly from Italy for those who want to be updated on the news.

Five classrooms on the second-floor are used to teach language and cuisine to Italians and non-Italians alike. Thanks to grants from the Italian Government, the language classes in particular have mushroomed from one with 21 children in 1976 to 24 courses and more than 350 students across Atlantic Canada. The cooking classes offer students the chance to learn to prepare traditional Italian food.

Other features of the new building include a space where woodcarving is taught, and a library with Italian books and movies that can be checked out by members, or enjoyed in the TV room.

One of the key projects at the ICCA is the creation of a book that combines the best recipes with stories of immigration. The ICCA is hoping to bring together both young and senior members of the community to ensure that this important idea comes to fruition.

Every year in September, the ICCA invites all of Halifax to take part in Italian Weekend, the best known of its 27 events, with ICCA members offering their time and skills to the community. In addition to being a successful fundraiser, the weekend serves as a reminder that humans are one big family, and that working together can be fun and satisfying, especially when it is done to reach a common goal.

Another popular annual event is San Martino Gala Night, in honour of the Italian version of Thanksgiving. Held in the middle of November, the evening celebrates both harvest time in Italy and the ending of another year. At San Martino the community stops for a moment to consider the achievements of the year, and to get ready for more challenges.

As the Italian presence in Halifax grows and Italians take on an increasingly active part in the life of the city, relations between ICCA and the rest of the community also grow. For example, every year the club hosts a fundraiser for the IWK Children’s Hospital, as well as Opera Night on Valentine’s Day, with live music performed by Opera Nova Scotia.

In the last few decades, both Canada and Italy have undergone changes. The ICCA in particular and the Italian community in general would like to think they have participated in a small way in helping make some of these changes. These are the ones that emphasize integration, promotion of culture, family and community values, work ethic, and yes, also the ability to enjoy each other’s company, preferably while about to tuck into an inviting plate of lasagne. 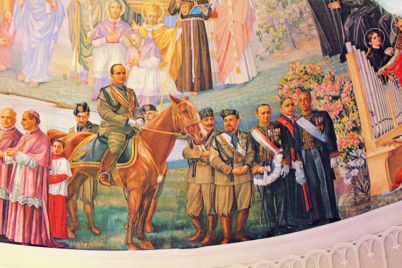