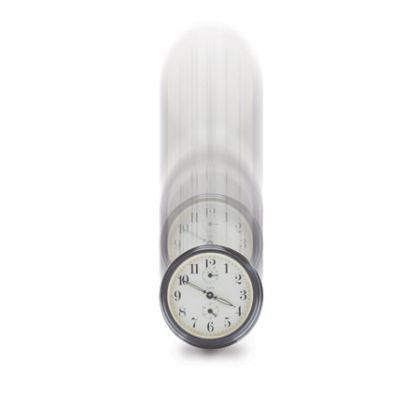 A freak snowstorm diverted the London-Venice flight to Monfalcone – an industrial town nestled near the Gulf of Trieste. There was a bell tone. A sign blinked on overhead: FASTEN SEAT BELTS. The intercom crackled once, and the pilot informed the passengers (mostly tourists) that a winter storm was raging along Italy’s Adriatic coast; airports in Treviso and Venice were snowbound; and when they landed there would be buses to transport the passengers to a train station where they could continue on to Venice. After a brief silence, there was a chorus of grumbling. “What a bloody nuisance!” “So much for la dolce vita.” “I knew something would happen.” “Well, it is December.” “Is the airline paying the train fare?” As the plane began its descent, stewardesses checked that everyone’s seat belt was fastened.

When the passengers deplaned at the small airport in Monfalcone, a cold night of falling snow greeted them. There were no buses in sight. Not even an airline official was present. With their carry-ons and two large suitcases, a handsome middle-aged couple from Canada threaded their way through a noisy throng of people. The woman bade the man wait with their luggage in the bus area outside the airport; then she dashed off to seek directions and information. Others, looking disgruntled, confused, impatient, milled about or scurried here and there. It was cold in the open air despite the canopy the man huddled under. He lit a cigarette. Just then a bus pulled in. A crush of people surged toward it. The man wondered what was keeping his lady companion. He couldn’t see her anywhere. Someone shouted that the bus wasn’t going to the train station. The man glanced at his wristwatch. He had forgotten to set it one hour ahead. The woman returned presently. She told him that no one seemed to know what was going on.

The man cursed under his breath. “Welcome to Italy,” he said sarcastically. “Let me go and find out.”

The woman frowned. “No, just wait here,” she said, and hurried off again.

Suddenly, in the crowd, a woman with a suitcase was standing beside him. She was alone, and her face was beautiful. The man smiled at her. She smiled back. He guessed she was in her early thirties. She was wearing a camel-hair overcoat, kid gloves, and she was hatless. Her long dark-blonde hair tousled slightly in the cold wind. Now and then she gave a toss of her head, or swept her lustrous hair aside with a flick of her hand.

“Mi scusi. Parla inglese? Do you speak English?” the man asked her.

“Were you on the plane from London?”

She shrugged, then smiled. “I hope the bus is here soon.”

He could smell her minty breath. He could tell from her accent and manner she wasn’t English. She’s lovely, he thought, feeling suddenly protective toward her.

“Ah!” He was happily surprised. He was about to tell her that Treviso was where his maternal grandparents (his nonna and nonno) were born, but a stout, moustached man interrupted them and asked, in English, if they knew anything about the bus schedule.

The young woman shook her head, then said: “I am waiting for the bus.”

Resenting the intrusion, the man looked at the moustache and said brusquely: “Better check inside the terminal.”

The moustache turned away and brushed past a clutch of people.

“You speak English very well,” the man said to her, trying to resume the easy tone of their conversation.

“Thank you. I learn English in school,” she said. “Do you live in London?”

“No. I’m from Toronto… Canada. I’m Italian, too; but non parlo l’italiano.” He shook his head, with a little show of embarrassment.

“This is my first time in Italy. I’m going to Venice.”

“Oh. I am sorry the weather is so bad,” she said. “It is not always this cold; but you will like Italy.”

She smiled demurely, then looked away for a moment. After a pause, she said: “You have a nice voice.”

“Grazie. You have a nice voice, too. What’s your name?”

He repeated her name, and then he told her his first name.

“You’re very beautiful, Laura.” He would have liked to put his arm around her. She looked cold standing there. The noise and the milling, jostling crowd made small talk almost impossible.

Does she think I’m alone? he wondered. The thought made him mindful of his companion, who might return any minute with news of the bus that was going to the train station. He glanced around. Time and place seemed unreal. He looked at Laura. He couldn’t put the make on her, yet he sensed she was waiting for him to say something that would reveal his intention. Or did she think he was just being friendly while they both waited for their buses? His mind swarmed with thoughts, images, possibilities. He felt that she was attracted to him. How could he tell her the things he felt? He was probably old enough to be her father. Omnia vincit amor. Ah, youth! In the endlessness of a few minutes she made him aware of all his years, all the women he’d known and loved who were not her, and he wished he were thirty again, the loverman he used to be. He wanted to kiss her lovely pink lips. Laura, her name laureled his memory. Laura, the classic mystery movie. Laura Secord chocolates: his mother’s favourite. Petrarch’s love sonnets to his beloved Laura. He once knew a Laura. She was black and beautiful, as in The Song of Solomon. Was his sudden euphoria akin to love at first sight? She was like a missing piece of his past. He wished he’d gone to Italy, the land of his forebears, a long time ago; visited Treviso where Laura, his female counterpart, lived. Laura. Aura of Laura. He truly loved his companion. They were unmarried, they didn’t even live together; but she made him happier than his ex-wives had, happier than any woman he’d ever known. Who was Laura? A chance encounter at a small airport on a snowy December night. A once-upon-a-time Laura. Maybe she was married, engaged, or had a lover. What was her life? He could only guess, or try to imagine. It wasn’t merely physical attraction but a certain aura she had, as though her presence beside him had been predestined. This was a woman he could love if he weren’t already in love with the woman he was with. Yet he wanted to embrace her, to feel the warmth of her body against his. He knew his sudden, intuitive, irrational love for her would be unrequited. How could it be otherwise? The probability of seeing her again was remote. Loving her in the flesh rather than from afar meant he would have to change his life dramatically. So many obstacles, so little time. The risk was too great; besides, it would have been unconscionable on his part. To kiss her, to leave her with an impression of his passion, so she would remember him. To express the words of the spirit; to flatter her; to seduce her. Greenwich time was against him. Geography was against him. Ditto circumstance. I love her, he thought. Age tempers love with knowledge. What was it the poet had said? “There is the world dimensional for those untwisted by the love of things irreconcilable…” The only love which lasts is the love that has accepted everything, every disappointment, every failure and every betrayal, which has accepted even the sad fact that in the end there is no desire so deep as the simple desire for companionship. Metaphysical concerns were inimical to love. Sometimes he believed reality began outside verbal language. Nothing existed in the intellect that had not previously existed in the senses. A cliché is a cliché is a cliché. Love was free from the restraints of morality. Love had a good reputation because there was so much hate in the world. There was no evil so great that love could not accommodate. Yes, he wanted to hold Laura in his arms. Laura. Her name sounded like praise. In the space of a moment he saw her sleeping, eating, bathing, dressing. Laura of Treviso. Had the plane landed in Treviso he probably wouldn’t be talking to her now. He wondered what the satyric poet Gabriele d’Annunzio would have done in a similar situation. Age was the worm gnawing incessantly on life. He thought of adulteries, betrayals of loving trust, love for love’s sake. Did love justify jeopardizing another’s happiness? Was human love a disease? There were as many definitions of love as there were lovers. Love was an ideal that presupposed an object. What of the lovesick love subject? Yes, he truly loved his companion. He knew that she loved him. They loved with a love that oscillated between the sacred, the Platonic, the sensual. “If dead men dream of anything in their graves, it is to creep underground into the next grave, lift a dead woman’s shroud and share her sleep.” He couldn’t remember for love or money where he had read that, and he didn’t know why it suddenly came to mind. Ah, Laura! She was the woman he had always dreamed about. She embodied the unattainable by virtue of her radiant transience. Her hazel eyes seemed to charm whatever they gazed upon. Clothed from neck to foot, with snowflakes sprinkling down on her, she stood there poised, waiting . . .

Shouts of mingled joy and irritation rang out. Three buses arrived one after another. As the buses slowed to a stop, the crowd massed around them.

“Which bus is going to the train station?” the man asked her.

“That one, I think,” Laura said, pointing to a dirty blue bus, and then picking up her suitcase.

The man extended his hand to Laura. “Well, it’s been a real pleasure.” He held her gloved hand in his. “I’ve enjoyed talking with you. Maybe we’ll meet again.”

“Have a safe ride to Treviso.”

“I hope you enjoy Italy. Ciao.” She gave him a quizzical smile, then turned and headed toward her bus.

People were quickly queuing up to the buses. The man looked around worriedly for his companion. He saw her emerging from the crowd and waving to him.

“The number five bus!” she called out. “The blue one.”

They gathered up their luggage.

“I thought you got lost,” he said, and suddenly realized he didn’t know Laura’s last name.

“It was a madhouse inside the terminal. Let’s hurry.” She glanced at him. “What’s the matter?”

Poet and short-story writer Len Gasparini is the author of two story collections: Blind Spot (2000) and A Demon in My View (2003). He lives in Toronto. 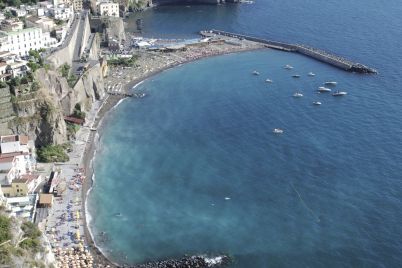 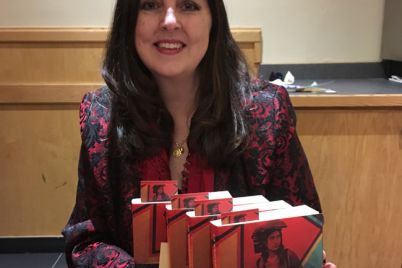