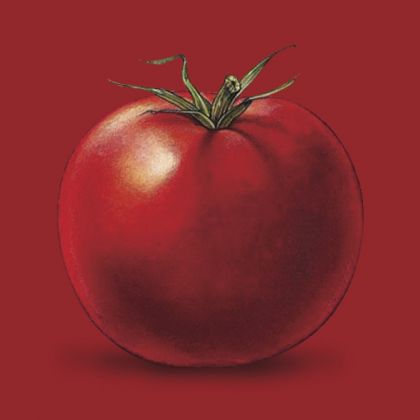 Every year for the past 32 years of marital bliss (I had to say that for the obvious reasons) on Labour Day weekend, my in-laws have made the succo di pomodoro. We can call it a number of things: “succo, salsa, conserva,” or sauce in English. But never, and I mean never, call it “GRAVY!” With all due respect to our American cousins, gravy is what you put on turkey, roast beef, and hot chicken sandwiches – not on any kind of pasta. Period.

The different ways of making tomato sauce depend on who you’re speaking to, as everyone is an expert and their way is the best. According to my in-laws, their way is the official Molise, Pope-blessed and sanctioned, world-renowned tomato sauce-making procedure. My in-laws hail from the city of Agnone in the province of Isernia. Actually, they are from the village of Maravecchia, which can be described, for the sake of North American readers, as the suburbs. Agnone is famous for its copper bells.

Their procedure for making tomato sauce is as follows. Pick the tomatoes, preferably on a farm, not far from the city, with space for a picnic lunch (bring your own homemade prosciutto, cheeses, crusty Italian bread and homemade wine). After picking the tomatoes, bargain with the farmer (who will usually try to tilt the scales in his favour, but you’re the wiser having picked more than the bushel you claim). At home, lay out the tomatoes on a blanket on the garage floor, giving them time to ripen and/or soften. The softer they are, the easier they’ll pass through the tomato strainer. This saves wear and tear on the motor and results in fewer expletives from the father-in-law.

Once the tomatoes are ripe, cut them in half or in quarters, all the while taking extra care to remove the spoiled ones or those that have a funky smell. Place the cut tomatoes in large caldrons set on gas tripods and let them cook on low heat. This allows the tomatoes to soften even more, thereby making the straining part easier. Next, pour the cooked tomatoes into a large cheese cloth that is draped over a straw basket (you can use the tablecloth you used for lunch, spread over a plastic hamper – preferably one that won’t melt). This allows the excess water to seep out. Once this is done and after assembling the strainer, which usually takes forever since someone lost the instructions, the process of straining the tomatoes can begin.

To prevent third degree burns, it is advised that for this part you don’t wear shorts and/or skirts or short sleeved-sweaters. Safety glasses are also suggested. As the boiled tomato pieces pass through the straining machine, jets and streams of hot liquid might spew across the room, and the hot juices make no exception as to their possible victims. There’s also the “sauna effect.” When the tomato pieces are ladled into the device, heavy steam envelopes everyone and sometimes you miss the machine’s hopper.

After the tomato pieces are processed through the machine, the sauce is returned to the caldrons and set to boil for half an hour. Not less and not more – or else you’ll spoil the broth, so to speak. Once the sauce has boiled and has been properly seasoned, it is time to fill the one-litre glass canning jars and seal with the metal caps. You can buy these at any Canadian Tire (or Quincaillerie Dante, for Montreal readers). Once the jars have been filled and tightly secured, cover them with a blanket and let them cool for a couple of days.

It took four of us about five hours to process eight bushels of tomatoes. The five hours included a steam bath, blotches of tomato juice burns across our arms and faces, and wet and sore feet. Any local Italian grocery store sells peeled or crushed tomatoes in a can – for as little as 99 cents per litre. You simply open the can or jar and heat the sauce. No steam, no burns, no heavy lifting, no swearing at a machine that jams all the time. Why do we do it? Because it’s homemade, and to an Italian nothing beats homemade. Also, it is a time-honoured tradition during which we get to spend some quality time together as a family…

Luigi Palazzini’s passion for satirical writing began during his studies at Concordia University, where he earned a BA in drama. 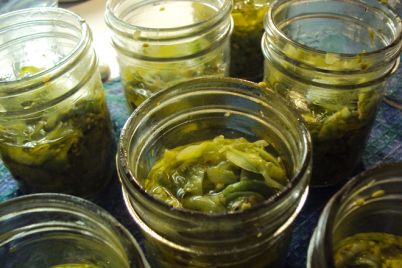