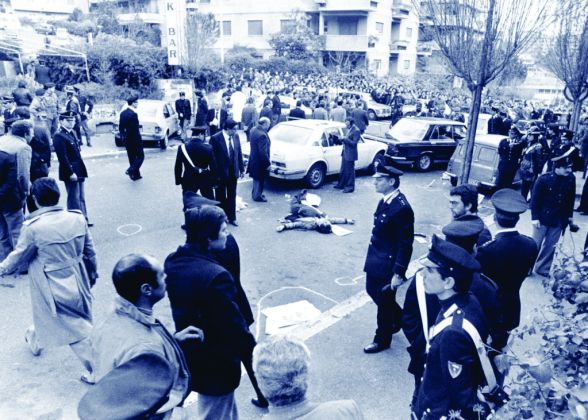 “If you look at events in Italy from the late 1960s to the late 1980s without any context, it would seem that at some point Italians divided themselves between communists and neo-fascists, and started killing each other. But that’s not what it was.” Vincenzo Bisignano was an 18-year-old union activist during Italy’s Years of Lead. The controversial decades were characterized by political violence, especially among young people. It officially started on December 12, 1969, with the massacre of Piazza Fontana, Milan, where a bomb exploded in the Banca Nazionale dell’Agricoltura (National Agrarian Bank), killing 17 people and injuring 88. In the 50 years since, no one has been convicted.

“Since the 1950s, police officers had been facing protesting students and workers. Often there were incidents, as they called them,” Bisignano said. “My father was a communist, but he was not going to demonstrations. They were too dangerous for him.”

In the 1950s, there were 145 deaths and more than 5,000 injured, as a result of riots at demonstrations, as Carlo Lucarelli said in an episode of Blu Notte, a historical program on Italian history and crimes dedicated to the subject.

In the 1970s, student movements and factory workers started organizing themselves. They were mostly peaceful organizations arising from labour unions and the Italian Communist Party (PCI). However, some communist groups like Antifascismo Militante, were armed, while others became violent after serving as defensive groups during the demonstrations. On the other side were mainly violent fascist organizations, such as Ordine Nuovo (New Order) and the Nuclei Armati Rivoluzionari or NAR (Armed Revolutionary Nuclei), who allegedly served as the armed wing of police and secret service. Both sides had representation in the Italian Parliament: the PCI on the left, and the Movimento Social Italiano (MSI) (Italian Social Movement) for the far-right.

What changed in the 1970s was the increase in political violence – fascists were looking for communists to face, fight, and defeat, and the same was true for the communists.

Italian cities were divided into red-Communist and black-Fascist zones, forbidden to the opposite faction. You could get killed for being a red in a black zone, or for being a cop, or a judge. You could get a beating because you were a journalist. And if you were an activist, you could get undesired attention from the political police, the Divisione Investigazioni Generali e Operazioni Speciali or DIGOS.

“I never realized that the police was tailing me,” Bisignano said, “I made a request for a passport. Four months later, I still had not received it. So I went to ask why it was taking so long. The answer was ‘bureaucratic procedure.’ Sure.”

Bisignano asked a colleague who had a friend at the passport office for help. “He came back to me a few days later, telling me that I was a suspected terrorist, that there was a dossier with my name on it, pictures of me at my parents’ house, and me during some demonstrations.”

Bisignano was considered a suspect because of his activities as a union activist and some satirical poems he had published in Avanguardia Operaia (Workers’ Vanguard).

Between 1969 and 1978 there were eight political terrorist attacks in Italy: Piazza Fontana, Peteano, Milan Police Headquarter, Fiumicino (Rome), Alessandria penitentiary riot, Italicus train bomb, Alcamo Marina (Sicily), Piazzale Arnaldo (Brescia), and Acca Larentia (Rome), resulting in a total 64 fatalities. This does not include assassinations, and all the injured.

How did it happen? How did it escalate? “In the 1970s employers didn’t care about our health. Look at what happened with Eternit [asbestos]. They just exploited us,” Bisignano said. “But it was dangerous when we had to go to Milan for protests. Piazza San Babila, downtown, was the headquarters of the Fascists. We needed defensive groups, the ‘black[shirts]’ were attacking, and the police was doing nothing to stop them.”

The behaviour of the Italian police in those years has long been questioned. Episodes such as the death of Giuseppe Pinelli, an anarchist who died by mysteriously falling from a window of the Milan Police Headquarter on December 15, 1969, increased the feeling that police and neo-fascists were working together.

On March 16, 1978, tensions reached their climax. The Brigate Rosse (Red Brigades) kidnapped the leader of the Christian Democratic Party and former Prime Minister of Italy, Aldo Moro, in Rome, after killing the five members of his police escort. The Brigate Rosse wanted a revolution. They were an entity devoted to the communist rehabilitation of the working class.

“Kidnapping Aldo Moro was meant to arouse fervour and inspiration among the voters of the PCI, to distance it from the government parties, and go back to its nature: as opposition,” said the Italian historian Francesco M. Biscione, a former consultant for the Italian Parliamentary Commission on Terrorism, in 1994.

Aldo Moro was held captive for 55 days, during which time he was tried by the Tribunale del Popolo (the People’s Court of the Red Brigades) and sentenced to death.

“During Moro’s kidnapping, police officers were everywhere, especially in Turin,” Bisignano remembered. “Once, my sister was searched by the police. The poor woman had never gone to a protest in her life!”

The journalist Sergio Zavoli interviewed many protagonists from those years for his book and then for the historical TV program La Notte della Repubblica (The Night of the Republic). Valerio Morucci, a member of the Brigate Rosse, revealed how the commando followed Moro for weeks, and still had to rely on luck to capture him. “That morning was one of those in which he [Aldo Moro] might pass by that street, and we were not sure,” Morucci said.

Aldo Moro’s body was found in the trunk of a Renault 4, on May 9, 1978. The Brigate Rosse had proposed an exchange of prisoners to the Italian State. Pope Paul VI had spoken in favour of any attempt to rescue Moro. And some political parties were ready to make a deal with the Brigate Rosse. But the State was determined to not negotiate with terrorists.

Two years later, another tragedy shocked Italy. “It was heinous, so many people dead. Can you imagine how many people are in a train station in the summer?” Bisignano said. On August 2, 1980, at 10:25 a.m., a bomb of some 40 kg exploded in the Second Class waiting area of Bologna Central Station. It killed 85 people and injured or mutilated 200 more.

Inquiries were thrown off track from the beginning, with false pieces of evidence and fake dossiers about international terrorism, communist and fascist terrorism, some provided by General Pietro Musumeci from the Italian Military Secret Service. Two fascist terrorists, Valerio Fioravanti and Francesca Mambro, together with Luigi Ciavardini, were eventually convicted of the massacre.

About the similarities between then and today, Bisignano said, “It’s sad how it ended, so many deaths, we lost so much.” He does not define himself as a communist anymore. Still, he does not regret the path he chose. Fighting for rights and ideas for a better world, he said, is something you cannot regret.

Cecilia Marangon is a graduate student in Journalism at Concordia University, with a deep interest in contemporary history and a background in foreign language mediation. She worked as a radio journalist for MustarFM community radio in Hungary. 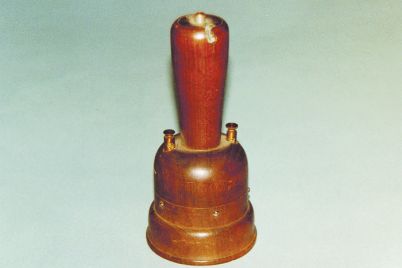 Antonio Meucci’s “Teletrofono”: The True Story Behind the Invention of the Telephone

Enrico Tonti: The Most Powerful Man in America 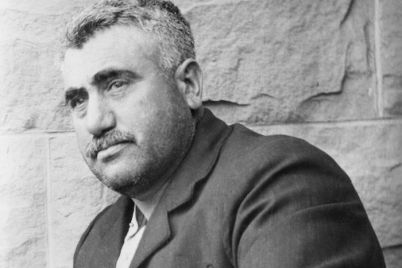 The Downfall of Emilio Picariello