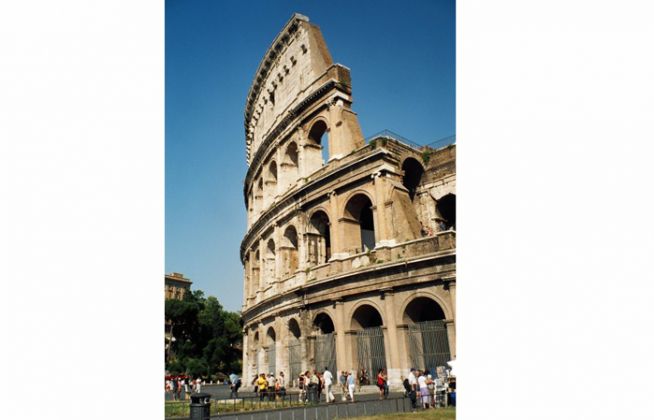 Can you imagine waking up every morning in a place where nearly every street has a coffee bar or gelato stand? Where you can sit on your balcony and watch the sunrise or set behind a majestic duomo in the distance? Where beauty and culture are at your fingertips? This place could seem like a dream, but for one summer, it became my reality: this was the summer I lived in Italy.

I am the daughter of two first-generation Italian immigrants. My parents came to Canada at a very young age; my mother was four and my father was nine. Although they left Italy and started a new life in Montreal, their love for their culture and traditions remained. Growing up, my parents would tell me stories of the time they lived or travelled in Italy. Their stories always amazed me and made me want to experience Italy for myself.

In the summer of 2004, at the age of eighteen, I set out on the trip of a lifetime. As the youngest in a family of three girls, the idea of asking my parents to go on a trip alone terrified me. But I decided to approach them anyway with the idea of taking courses in a language institute in Florence. To my surprise, they agreed, and in June I boarded a plane for Florence, my home for the next four weeks. When the plane touched down, I promised myself that I would savour every moment. I wanted this trip be one I would never forget. This was my chance to create my own stories, just as my parents had theirs.

But I quickly realized that life in Italy was very different from life in Montreal. For the first several days, I found myself wandering around Florence with nothing to do. All the shops and many of the restaurants were closed at lunchtime – the idea of taking a siesta in the afternoon was still a foreign concept for me. But, as I became accustomed to the pace of life, I made it a habit of going back to my apartment to rest in the afternoon. It is amazing how quickly you can adapt to a country and the lifestyle of its people.

Every weekend, my friends and I travelled around Italy and explored sites which, until then, we had only seen and read about in books. In Napoli we ate the most delicious pizza and we visited the nearby ruins in Pompeii. In Pisa we took the compulsory photograph holding up the leaning tower. In Cinque Terre we walked up to the heart-shaped gates of the Via dell’amore. In Venice we rode a gondola through the canals. In Tuscany we took a class on how to make pasta with pesto sauce. It was one of the simplest and most delicious meals I had in Italy. In every city I visited, I made sure to try their most celebrated dishes. Each of these moments seems unreal to me now, and if I didn’t have my pictures as proof, I would say it was all a dream, a truly beautiful dream.

As the end of my stay drew nearer, I nervously called home to ask my parents if I could stay an extra week. After some deliberation, my father remarked, “Who knows when you will have the chance to go back. Enjoy yourself!” Did I ever! I couldn’t have imagined being in Italy without visiting Palermo and Rome. We went to the most beautiful beaches and ate dinner in what could best be described as wonderful “mob-chic” restaurants. We sat for hours on the Spanish Steps, and we wondered about of all the lives lost in the Colosseum. On our last day, we threw a coin into the Fontana di Trevi with the hope that we would someday return.

Although I made many new and incredible friends, the hardest part about living in Italy was being on my own. When I left Montreal I was frightened and uncertain. My time in Italy taught me to be more independent and confident. I also became self-sufficient in a new country and in a new language. It was an incredible experience for a young adult.

Travelling and living in Italy during that time felt like home, even when I had to navigate some of the cultural differences. I am overwhelmed with admiration for the country my family came from. My experience allowed me to better understanding how my parents grew up and how it shaped them into the people they became. I saw where their traditions and customs began, and I understood how keeping them alive in Canada allows us to keep Italy alive in our daily life and in our hearts.

Michelle De Vincenzo is a student at Concordia University where she is pursuing an honours degree in Italian studies. She is co-author of the blog, Been There, Ate That, which chronicles the food adventures of two Montrealers. 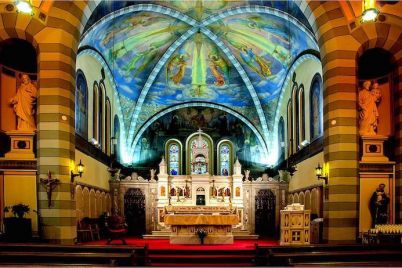