Thirty years ago, René Rozon had “une idée folle.” His crazy idea was this: a film festival dedicated to the arts. During its first year, FIFA (the International Festival of Films on Art) showcased 50 films from 12 countries. The festival lasted five days, and took place in a single theatre, the Cinémathèque québécoise. Since then, FIFA has gone on to show more than 5 000 films on art. It now runs for ten days instead of five, and is spread throughout multiple venues in Montreal. Certain prize-winning festival films tour around the globe. In fact, FIFA has grown to become one of the largest film festivals on art in the world.

This year marks their 30th year of operation. To celebrate, FIFA is bringing in a whole slew of brand new features. Not only will the festival offer 232 films hailing from 27 different countries (Italy among them), but FIFA will also be starting a Children’s Corner and will be presenting, for the first time, a 3D movie. The film festival will also include exhibitions, performances, conferences and master classes.

FIFA will also be presenting, for the very first time, a documentary about the festival itself, titled Une Idée Folle: Un hommage au FIFA (A Crazy Idea: An Homage to FIFA). The film is a gift presented by Alain Fleischer, who, as a filmmaker who’s works have been screened at the festival on multiple occasions, wanted to offer something in return. Why the title? “Because it’s the first thing I told the interviewer when he asked me about the festival,” confesses founding director René Rozon, laughing, “He asked me, ‘how is it that you came to create this festival,’ and I answered that it was just a crazy idea.”

This year, the festival will run from March 15 to 25 and will be screening films in a number of venues throughout the city. For more information, you can visit their website at www.artfifa.com. 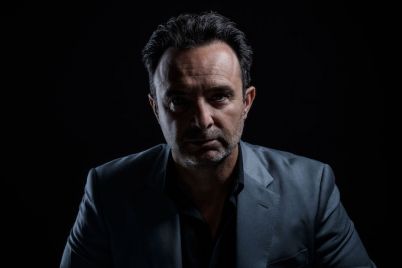 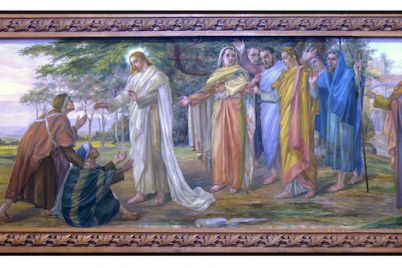 The Blind Leading the Blind: A Work by Guido Nincheri for Our Time