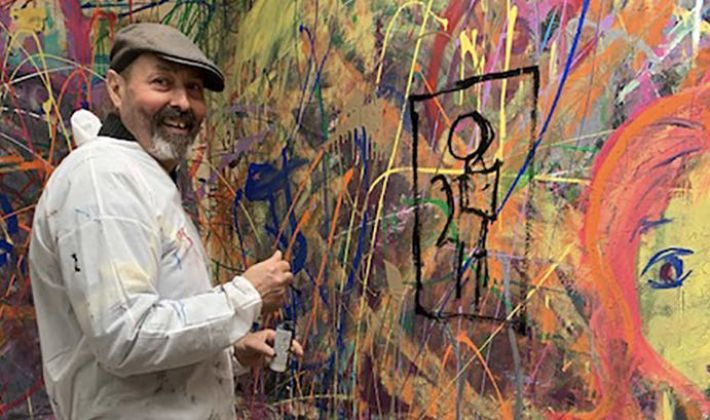 Luciano Iacobelli passed away on August 30, 2022, after a long illness that eroded his body, but not his spirit.

These might sound like detached words, taken from a bulletin or a press release, but it’s not like that at all. Luciano Iacobelli – poet, educator, artist, editor, traveller – was perhaps not hugely famous, however he was a significant figure in the Italian-Canadian community and a highly regarded artistic-literary figure in Toronto’s artistic community.

Luciano Iacobelli was undoubtedly extraordinary, having fought a cruel battle against cancer for almost seven years and having come forward with the idea of a unique lifestyle with the simple, yet ambitious goal of creating a community of artists and writers that would influence our daily lives through the tools that art provides.

As the editor and founder of Lyrical Myrical Press and cofounder of Quattro Books, Iacobelli revamped experimental poetry and the novella as a literary genre by creating a group of artists and intellectuals around him. In the course of his career, Iacobelli published several books of poetry. He managed a bookstore, Clinton Books and other things, with painter John Romano, and Q-Space, a cafe where poets and artists met to exchange poetry, images, and ideas. A short documentary entitled Voices from College Street, shows one of the cultural activities of Q-space.

Luciano Iacobelli roamed College Street and Little Italy far and wide, walking or riding his bike, with a basket for carrying books and sculptures. In this area, the Gatto Nero Café and the Caffè Diplomatico were for many years the places where artists and poets would meet him. Luciano taught the young generations to create books, read and make poetry, and paint without hesitation and shyness. 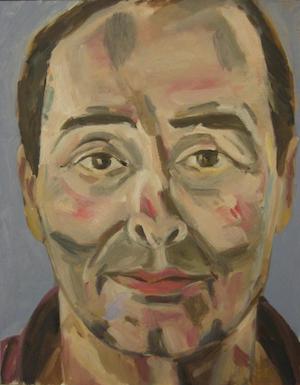 Most of all, Iacobelli was an exceptional man, a gambler who was never afraid to bet and lose. He believed in poetry, in painting and sculpture, he believed in the art that unites and very often doesn’t pay. In fact, I should say, there have been a lot of great artists, but the great artists who were also great human beings are not and will never be many.

Luciano Iacobelli was one of them. He taught us hope. The hope that the world will go on, the kind of hope that a simple cancer cannot kill, the certainty that individuals like him make the world, and make life worth living. Art and heart. And the heart was the last organ to abandon him. Only then did Luciano Iacobelli pass away.

And only when Luciano, “Lucio” Iacobelli passed away, did we recognize the big hole he left behind. With the passage of time, we will see that his legacy is large, but also, the missed opportunity, because we could have had so much more from him, we could have seen so much more of him, and we could have appreciated his body of work much more.

I have talked with many people who knew Luciano and I have come to the conclusion that we all have our own idea of Luciano Iacobelli—we have built our own Iacobelli in our individual imaginations.

My Luciano Iacobelli walked for hours speaking about everything and nothing (very few have such ability), he could handle the eristic superpower of speaking from one point of view and its opposite. No one will ever forget his beautiful and heartbreaking smile and his ability to entertain you despite years of pain and therapy. I will not use the word ‘hero’; I refuse it and I refuse the war language that people use when they talk about cancer. The battle, the winning, the losing. Rubbish. 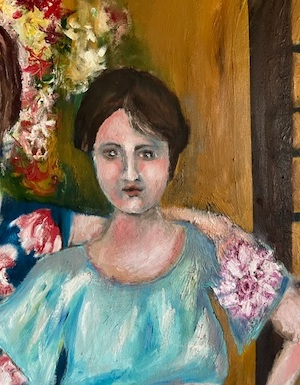 Luciano Iacobelli had the power to make you laugh for hours and this power was joined to the power of painting, sculpting, educating, traveling, playing bocce. All of them were another way of writing poetry and we walked with Luciano while the arrays of buildings, trees and horizons were unfolding. He walked like Rimbaud, rode the bicycle like David Byrne and made you laugh like nobody else could.

The legacy that he leaves is a body of work that is flesh and blood. The students that today write prose or poetry have learnt from him that their growing pains can be translated into art. Today’s pain can be tomorrow’s art. Luciano suffered a lot, I believe all his life, but he knew that his art was coming from something. And he knew how to react to the flood of bad experiences. With a smile, with laughter.

Luciano Iacobelli was born a poet and all his life he loved poetry. Many readers have learnt to appreciate his excursions in the avant-guard, in the experiment. When Luciano was not travelling to forbidden places (he was a traveller and a gambler) he explored the language. He didn’t speak Italian, but he could understand it perfectly (I always thought that he could write it, one way or another). He loved opera and Dante; he loved listening to me speaking or reading Italian poetry.

He was a visual artist, and he had several mentors in that field. He took a path that was close to his nature. Luciano, while walking, was taken by the ecstasy of finding the leftovers of consumerism. According to him some amazing stuff was thrown on the sidewalks. Luciano was there. In the basket of his old bicycle, he used to put any kind of material—abandoned canvases, broken objects of design, small furniture. He was a painter and like many Italian Canadians, started with a strong, almost bitter and angry expressionism, with portraits of relatives and family pictures. The subject was the displacement of immigrants seeking a house, and then a home. Above all he was seeking redemption: from poverty, and from the sin of ignorance and deprivation.

He discovered that poetry has many faces and painting became a sonnet of constructed order and structured passions. Religious motives were replaced by letters, by symbols—the alphabet of poetry mutated into the language of belonging. Luciano was becoming a real Canadian (but what does it mean?). He wanted to write for everybody, and he didn’t want to mediate with his background. Yes, his family was Italian, but he belonged to everybody and to nobody. His poetry is barrierless, international (not global, please). His paintings displayed geometrical designs framed by letters. Luciano is an interzone: a city of neighbourhoods, the barrios of poetry, education, art, travel, gambling, physical pain.

His artworks were black and white sheets, like Rorschach tests or Kline copycats in a frozen process of negotiation, a truce of two elements (immigration/Italianity and integration) that scream for a final solution. Luciano opened and closed the door of sculpture. His sculptures (installations) are the most arbitrary and independent expressions of a mature artistic attitude. Luciano Iacobelli was so much more. He knew how to laugh and how to make you laugh. He didn’t care about clothing and dressing, and I used to mock him for that.

In one of his dearest dedications to me, he thanked me for being a mentor and a fashion consultant. This was Luciano, this is Lucio. Art and heart. Thank you, Luciano.

Watch the documentary A Conversation with Luciano Iacobelli by Antonio D’Alfonso.

Corrado Paina is an Italian-born poet based in Toronto. His writing reflects the changes of borders in life, sex and soul. His works have been published in Canada and Italy.