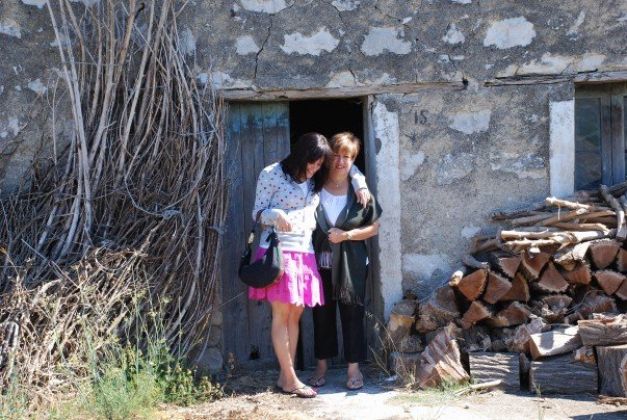 There is a song, a famous Neapolitan song, that my mother taught me when I was a little girl:

The opening lines of the song, Torna a Surriento, have been made famous by Elvis Presley, Dean Martin and Luciano Pavarotti. They have been enjoyed by thousands and thousands of fans over the years. For me, though, that song holds a special meaning. The melody has always stirred in me conflicting sentiments of comfort and longing – comfort, because it reminds me of my mother, home, and happy memories; longing, because it instantly brings me back to the crystalline waters of the Bay of Naples, in Campania, Southern Italy – my other home.

Sentimento is the Italian word for feeling. For me, nothing evokes greater sentiment than my country – not Canada, where I was born and raised, but Italy, my birthright. Stereotypes aside, my identity, as the child of Italian immigrants, has always been split in two. I am culturally and nationally ambiguous, as proud to be Italian as I am to be Canadian. A flight across the Atlantic is more than a vacation to me, it is a journey home. My identity, like that of most children of immigrants, has always been fluid, dualistic, and mutable. As an Italian Canadian raised in the vibrant Italian community of Montreal, I have always understood my ethnicity in these terms. My identity is largely based on this cultural heritage. On paper, I am Canadian; in my veins, however, I am Italian.

I have always grappled with my identity. I think that might be a common thing for the children of expatriates, who are born of one country but bred of another. A few years ago, one experience enabled me to come to terms with my duality. In 2007, after I completed my first university degree, I travelled to Italy with my parents on a whirlwind tour of several cities. One stop – somewhere between Rome and the Amalfi coast – was the commune of Teggiano. Teggiano is a small town in the province of Salerno in the region of Campania, situated on the isolated Vallo di Diano. It has a population of 8,139. It is also the birthplace of both of my parents.

I had been to Italy several times, but before that visit, I had only seen Italy as a tourist. I’d visited the Colosseum, the catacombs, and il Duomo, as well as the lemon groves on the Sorrento peninsula. This was, however, the first time I’d ever been to the tiny town, tucked away in the mountains, which my family called home. Until then I had never truly realised the importance of my roots.

Over the next few days, I visited various members of my extended family. I saw Teggiano’s sights, including the church where my mother was baptised and the fountain my father drew water from as a young boy. Every morning, I woke up to a view of the valley and the mountains, a view my mother would have awakened to every day before she boarded the ship that took her across the ocean to Canada.

I realized where I was fromwhen I walked into the house my grandfather had built with his own hands, the house my father was born in – and again when I saw the house where my mother was raised. I saw the stream she had played in as a child. That is when I realised I belonged to this country as much as I did to Canada. Everywhere I went in Teggiano, people knew who I was. I was recognized as being both Canadese, straniera, (a stranger), and my parents’ daughter — una di noi. The house my grandfather built has stood there for decades, and it will continue to stand there for decades to come. In a way, that house reminds me of my own roots in Italy’s soil.

I belong to the rest of Italy as much as I belong to that tiny town tucked away in the Alburni Mountains. The canals of Venice, the Ponte Vecchio in Florence, the hibiscus flowers of the Amalfi coast, and the archaeological treasures of Sicily are all, by virtue of my bloodline, my birthright. I remember that once, when I was a young girl, my mother told me, “Italy is the only place you will never be considered an ethnic. You may live in Canada, but you are Italian.”For that reason, Italy is home. It always has been, and it always will be.

Elizabeth Cotignola received her Bachelor of Arts at McGill in political science in 2007, after which, she moved to Chicago to attend law school at Loyola University, where she recently graduated. 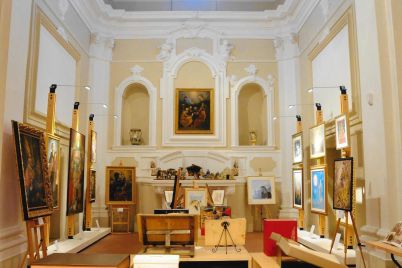