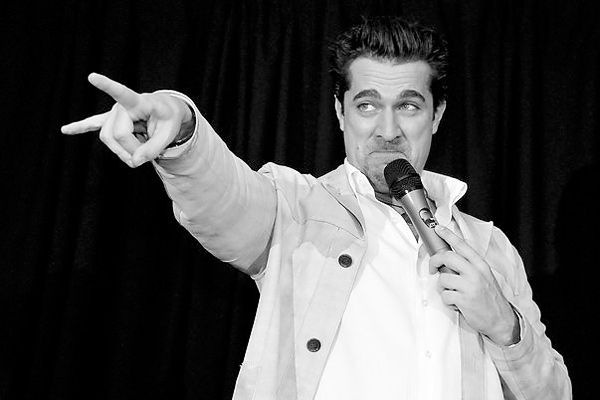 As a stand-up comic, Guido Cocomello has a reputation for being unpredictable and audacious. His uninhibited performances have garnered him many fans. However, the thirty-something Montreal native is also quickly making a name for himself as a compelling stage actor.

Cocomello is currently starring in the role of Robert in Montreal playwright Steve Galluccio’s latest play The St. Leonard Chronicles, which opens at Montreal’s Centaur Theatre on October 1, 2013. The play is about a young Italian-Canadian couple who decide to move from their duplex in St. Leonard (Montreal’s very densely Italian suburb) to a home in far-off, anglo-dominated Beaconsfield. When their parents learn about their planned move, they not only disapprove, but they are determined to stop them so they can keep them close and under their control. “I think Italian-Canadian audiences will sympathize with the characters in the play because they all have relatives or friends with parents who want them to move into a home around the corner or better yet, to an upstairs apartment of a duplex they own,” says Cocomello.

The play is a hilarious commentary on Italian Canadian domestic life, and Cocomello has enjoyed every step of the process. “It’s a fun cast. We laugh so much during rehearsals, it’s crazy! Director Roy Surette is always open to suggestions, and he doesn’t shut you down when you propose your own ideas. It’s been great.”

To date, the actor has performed in five plays at the Centaur Theatre, with all of his roles penned by ​Steve Galluccio or fellow-Montrealer Vittorio Rossi. “Vittorio Rossi is my mentor, but more importantly he’s like an older brother. He keeps me confident. When my father passed away, he was the first person I called. Steve is loyal. If he likes working with you, he will put in a good word to make sure you get another opportunity to work with him.”

Working at the Centaur Theatre has allowed Cocomello to further his acting career. Nevertheless, he claims that nothing can replace the rapport he has with audiences during his stand-up gigs. “When I do stand-up, it’s just me, a microphone and the audience. And when I kill on stage, after the show I feel like I just went to the moon.”

Despite the fact that Cocomello is comfortable on stage doing both stand-up and serious acting, the climb up has not been easy. For most of his life, the young performer has had to battle with a serious stuttering problem. But the entertainer in him would not let that stop him from doing what he loves to do. “I was determined to be an actor despite my stuttering. But it was a difficult time. I tried everything, like seeking help from speech pathologists and using homeopathic products. Nothing worked, until I moved to New York in 2001 to pursue acting as a career.”

Cocomello was accepted at the New Actors Workshop run by Oscar-winning producer, writer and director Mike Nichols (The Graduate, Catch-22). The young performer impressed Nichols with his intensity and improvisational talent. It was also at the Actors Workshop that Cocomello was able to overcome his stuttering problem by practicing different acting techniques and breathing exercises. “Being in New York was hell, to tell you the truth. But I learned a lot. It took two years, but thanks to Mike Nichols I also stopped stuttering.”

After five full years in New York, Cocomello returned to Montreal to attend Concordia University, where he obtained a degree in Marketing. “In show business you have to be able to market yourself. I figured the best thing I could do was acquire the knowledge to do that properly. I also wanted to take a break from acting. It was during this time that I discovered my love for stand-up comedy.”

Cocomello began to take comedy classes given by comedian Joey Elias, the host of The Comedy Show, which airs on Montreal’s 800 CJAD radio. “Joey told me I should be doing stand-up because I had the skills for it. I immediately booked some shows with the help of the late comedian Jocko Alston. Around that time, I began acting on stage at the Centaur Theatre, and I realized that being on stage in front of a live audience gave me such an adrenaline rush that I couldn’t get enough of it.”

There is, of course, a certain irony in Cocomello’s accomplishments as an actor and comedian and his past stuttering problem. “It’s funny when you think about the fact that I talk for a living. Not too long ago, I was being teased for merely opening my mouth. My advice to those with a stuttering condition is to not let that stop you from living your life. Support from family always helps; if you have a family member who stutters, helping to build his or her confidence makes a huge difference.”

The St. Leonard Chronicles by Steve Galluccio, directed by Roy Surette, is at the Centaur Theatre from October 1 to October 27, 2013. 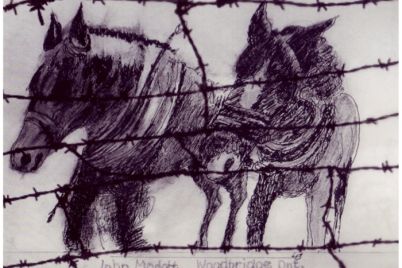