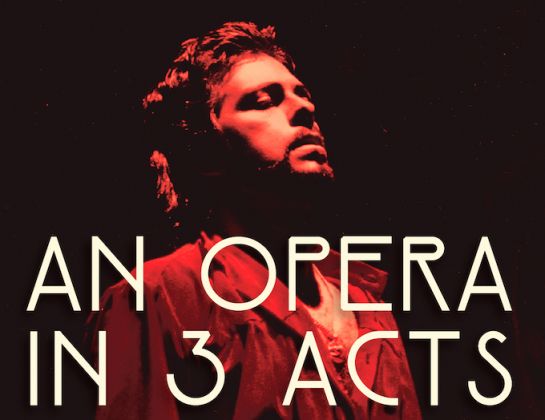 In her new book, An Opera in Three Acts Starring Gino Quilico (LLP, 2022), Connie Guzzo McParland chronicles the lives of three giants of Canadian and international classical music: renowned Canadian opera baritone Louis Quilico; his wife of 40 years and classical pianist Lina Pizzolongo; and their equally renowned son and opera baritone Gino Quilico. The narrative is presented in the first person from the perspective of each of three protagonists. The passage below is from the first chapter of the third section of the book seen through the eyes of Gino.

In June 1977, I auditioned for Maureen Forrester−my first professional paid engagement as a soloist. I debuted as Mr. Gabineau in a production of The Medium by the Comus Music Theatre, produced by the MacMillan Theatre and later by CBC Television. My father reminded me that Maureen Forrester had also given him his first concert debut, and I felt proud and honored to sing next to her. My star was rising slowly but surely, though I was still not earning enough to support myself and Anne-Marie. I didn’t let this discourage me. I was lucky to be able to count on my parents.

After three years of living with Anne-Marie, I was still determined to marry her despite our frequent screaming matches. Though not fully convinced that we’d make a good married couple, in 1978, my parents offered us a dream wedding with some of the most important opera personalities in attendance. My parents also generously gave us the down payment for our own condo. They did all they could to help make the marriage work.

Thanks to some significant roles, my career began to take off, and I was becoming in demand as a singer. That same year, the Cincinnati Opera accepted me for their Young American Artists Program (YAAP), and Anne-Marie accompanied me. I studied classic dancing for the stage like the waltz and period dancing like the minuetto, mime, and even Broadway-style choreographies.

My bohemian life as an artist travelling away from home had begun. Meanwhile, my talented young wife struggled with an artistic career that as yet lacked traction. Was there resentment at my success while her career was lagging?

All I know is that Cincinnati would become my Waterloo.

Jealousy, love, and betrayal are some of the most recurring themes in opera, so are brash and macho male roles, like Escamillo, Figaro, and Don Giovanni. In Cincinnati, I was finally interpreting characters, and their roles helped me master my insecurities. However, the fights with Anne-Marie intensified, her behaviour becoming more erratic, even suspicious.

“I’m going out for a walk,” she told me one afternoon. “Have to get some aspirin.”

The weather was not very pleasant, and it was not in her habit to go walking at that time of day.

I followed her from a window. She turned the corner. I leaned out the window and could just catch a glimpse of her walking briskly past the corner drug store. She did not go in. There was a telephone booth a few metres away. I could only see part of it, but it looked as if she stopped there and disappeared into the booth. Within a few minutes, she came back in view and returned home. She never stopped by the pharmacy for her aspirin. I found a full bottle in her cosmetic bag. 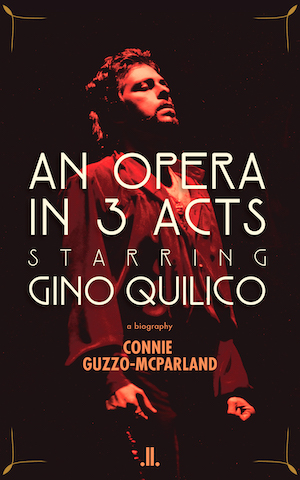 I could not question her without disclosing that I spied on her, which would have started a vicious fight, so I let it be. A week later, she had a dentist appointment and would be out all afternoon. It just so happened to be on a rare afternoon when I was not rehearsing. I decided to go to the theatre rather than stay home by myself. I knew that the rest of the cast was rehearsing. I thought I’d catch them on their break and have lunch with them.

From a distance and to my surprise, I saw Anne-Marie waiting outside the theatre. I stayed back and watched. Within a few minutes, who comes out to join her, but one of my friends from the company: a man who sang bass and will remain nameless, tall, skinny, and nerdy. I had nicknamed him the twerp when he tried hard to ingratiate himself with me. He joined her. They kissed and walked away. Should I follow them? Confront them? I didn’t know what to do. It can’t be, I told myself. This guy can’t possibly be cuckolding me! I was the Don Giovanni par excellence, for crying out loud! All the girls swooned over me while he was only a third-rate bass singing a secondary role. What did she see in him that I didn’t have? Furthermore, I had been faithful to her, even if I thought of myself as a Don Giovanni.

There must be an explanation, I thought. Maybe the twerp was helping her in one of her dancing roles. Perhaps they were only friends, and she was confiding in him about our constant fighting, about things she was too intimidated to discuss with me, to get the opinion of another man whom she thought was a friend of mine. High hopes, I thought. But I confided in women friends at times, so why could she not confide in a man friend? Should I catch up to them, I wondered, and just pretend I was passing them by without making a fuss, or just stay back? But what was that kiss about?

The temptation to follow them was too strong. I kept a distance without losing sight of them. They held hands as they walked and often stopped to kiss each other on the lips, my anxiety rising with each step I took, with each kiss I saw. Would I wake up from this? They seemed to be walking around in a circle; then, they stopped at the dingy boarding house where I knew he lived, just a street away from our apartment. I knew other members of the chorus who rented there. I had often joined them in their rooms at the end of rehearsal for drinks. The love birds entered the building happy and smiling, she giggling. I hadn’t seen her smile like this in ages. There could be no doubt that they were having an affair. Still, I asked myself: Why with him? I waited outside for a few minutes to compose myself before knocking at the door. I’d pretend I was just passing by and stopped to say hello to the twerp.

What followed was worthy of any opera buffa.

He answered the door, a look of surprise on his face, or was it fear? I walked right in without being invited and saw Anne-Marie sitting on his bed. She suddenly stood up as if caught raiding the cookie jar.

The twerp ran to her, put his arms around her as if to protect her from my anger. I forgot to pretend I was there by chance.

“Is this where you get your teeth checked,” I asked, “your cavities filled?”

“We’re in love,” he butted in quickly as if to protect her.

“In love? You mean you’re not just having a good time in the sack behind my back?”

I would have taken the admission of a good time in the sack much easier than them being truly, truly in love.

This is where my Latin over and Italian blood came to a boil! I thrust myself at him and shocked him with a jab under his jaw, a move I had learned in a boxing class at Notre Dame. I had boxed there until my mother took me out of the team for the Golden Gloves because of severe nosebleeds. I knocked him off balance, and he fell on the bed on top of Anne-Marie, who shrieked. He jumped up quickly and clearly wanted to counter-attack. He positioned himself as if for a duel. I did the same. We had both studied fencing and rehearsed duel positions many times, but ours became more of a dance than a fight without the fake swords. I lost patience and jabbed him again on the chin. Hearing Anne-Marie’s screams, some choir members ran into the room and tried to separate us. But I was too enraged and kicked and punched everyone in sight. One guy managed to take the twerp away and into the corridor.

I followed them and yelled, “Fight me if you can, you coward.”

Meanwhile, other residents came out of their rooms, watching the commotion. Some yelled at us to stop; others cheered us to go on. I couldn’t stop fighting. I wanted to see him on the floor, holding him down with my foot so that I could spit on his face, but it was me that three guys threw down and pinned on the floor. All I could do was scream out at the top of my voice, “You can have her. You deserve each other!”

Connie Guzzo-McParland is the author of The Girls of Piazza d’Amore (LLP, 2013), shortlisted for the Concordia First Novel Award by the Québec Writers’ Federation, and The Women of Saturn (2017). She is the 2005 winner of the Premio Letterario Cosseria in Italy, and the Concordia David McKeen Award in 2007. Co-director of Guernica Editions, she lives in Montréal. 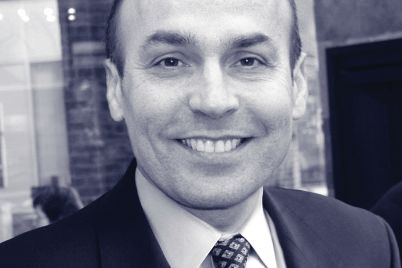