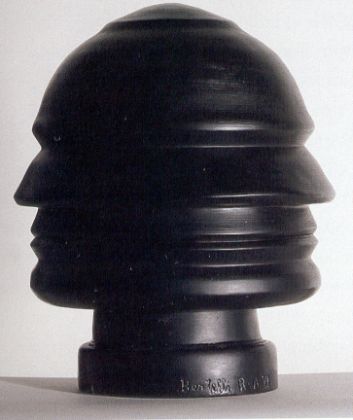 Because Adolf Hitler is the stark monster of 20th-century history, a diabolical warlord who laid waste European Jewry and devastated Europe, and who was grandiose—Wagnerian—in the epic scale of his wanton, apocalyptic bloodshed, Benito Mussolini’s crimes—trumped-up executions and assassinations favoured over industrialized genocide—have rendered him almost a comic-opera figure, a villainous buffoon. Such was Max Gallo’s verdict, three generations ago, in Mussolini’s Italy (1964), translated from the French by Charles Lam Markmann in 1973. In Gallo’s estimation, Hitler was a consummate gangster, “Evil” (spat Gallo) incarnate. In contrast, Mussolini was less a savvy antichrist than a vulgar ogre: “Pathetic” and “bombastic,” and presiding over a people composed of the farcical [and] the heroic,” the “frivolous and profound,” with himself embodying post-Great War Italy’s “defects” and “qualities.” These are Gallo’s summations. So, because “Musso” (the spelling of spellbound Pound) is paraded as a kind of Lilliputian Hitler, guilty of a few bloodstains, but not unleashing oceans of blood buoying up millions of corpses, his history-dimmed star has continued to burn—and be burnished—by popular myths, whose articulation seems innocent enough: Praise for the safely dead-and-gone Duce is simultaneously a critique of today’s Italian political class who are either incompetent or corrupt or some malfeasant combo. However, there is a point wherein glorification of the supposed successes of Musso—and thus of Fascism—become corrosive of liberal democracy and its messy, parliamentary deal-making. That’s why Francesco Filippi’s polemic, with its provocative title, Mussolini also Did a Lot of Good: The Spread of Historical Amnesia (Baraka Books, 2021), translated by John Irving from the bestseller, Italian original (2019), is such an urgent read—for all of us—Italian or not—right now.

Strangely though, Filippi seems unaware of Gallo’s knocking down of Mussolini’s statuary (so to speak) sixty years ago (which may indicate a degree of literary—if not historical—amnesia of Filippi’s own). Nevertheless, the Duce busts and portraits and polished fasces, once again being brandished, require fresh discrediting, and this role—not unlike Julien Benda’s acid denunciation of anti-Semitic and racist nationalisms of the inter-war period (see Treason of the Intellectuals, 1928)—is a duty that Filippi discharges with brio, with gusto. To probe for barbarities! (Mere whining is pure waste!)

Filippi opposes the “fake news” and falsified history of Mussolini and his Fascist regime because “The basis for a possible totalitarian future depends partly on the rehabilitation of the totalitarian past. Evincing the reality of that past is the first step to preventing it from becoming the future” (15). So, chapter by chapter, point by point, Filippi dislodges propaganda with fact, answers mirage with astringent sunlight, and dispels nostalgia with body-counts. (Ready severity secures Verity.) 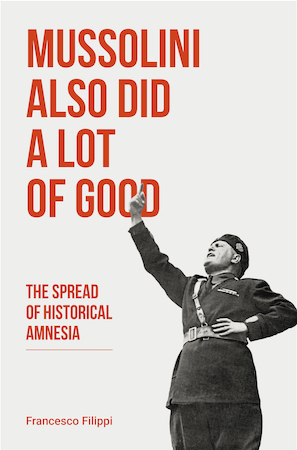 Was “Benny” the benefactor of the working-class and the poor, distributing pensions? Not really! Filippi reminds us that Francesco Crispi’s governments of 125 years ago introduced state welfare systems that Fascism “merely” amalgamated after seizing power in 1922 (22). Socialism with a fascist mask, as it were. Too, once welfare was centralized, worker-financed, social-spending funds were ripe for theft by Mussolini, his apparatchiks, and assorted racaille and brown-nosers (25).

Similarly, though Mussolini is credited with creating an annual Christmas bonus, Filippi clarifies that the benefit was an “ad hoc” payment for white-collar (petty bourgeoisie) to ensure their loyalty to the regime—and was paid only at the discretion of employers (27). Blue-collar workers had to wait until Musso’s grisly machine-gunning and the extinction of his rule to receive the extra, Xmas-time moolah (28).

“Did the Duce drain the marshes?” Nope! Filippi reports that Musso just usurped credit for initiatives already underway when he usurped power (34). His propagandists counted “eight million hectares of land” (47) to be “clawed back from water” (39); but the true acreage was “only a little more than 6 percent” (47) of that figure. Thus, mosquitoes continued to breed, malaria remained a mortal threat, the disease as verily virulent as that pestiferous polemicist—the colossus as ignoramus—who topped Italy like a rapist.

Praised for social housing initiatives, Mussolini was more astute in posturing, registers Filippi, than in building. “As in other fields of the res publica, in social housing the Fascist regime merely renamed and assumed control of administrative structures that had come into being in Liberal Italy” (55). Referring to autostrada infrastructure, over 11 years, 1924-35, the Duce only laid down a mere 700 clicks of highway (64). Why did road-building screech to a halt in 1935? Well, Filippi advises, Fascist Italy’s “invasion of Ethiopia sent the cost of fuel rocketing” (65). The blood-price of gas meant that driving became Verboten.

Filippi also analyzes Mussolini as a purported defender of law, i.e., a champion of justice. What a canard! Filippi declares, “the regime’s true nature [was] more that of a criminal association than a political party” (76). A bunch of grifters, the Fascists siphoned off public wealth and used it “to bankroll the party and its members” (78).

Behold—salute—Benny the Feminist! He did give—some—women the right to vote, mainly soldiers’ widows, teachers, and bluebloods (119), but true universal suffrage did not occur until February 1945—save for sex-workers who remained bereft of the ballot (119). Thus, the Fascists—just like Nazis—preferred that women bear litters of troops; they were to be the sows of procreation, not equal citizens (122). Worse, the Fascist state encouraged ‘honour killings,’ reducing the penalties for male relatives who slew wives for adultery and daughters for ‘promiscuity’ (126), while absolving men of rape (even of girls) if they would agree to marry their victim (127).

When they weren’t just oppressive and arbitrary, Musso’s domestic policies were all pitfalls and shortfalls. But his foreign policy bred wars, famine, misery, and reduced Italy to being a vassal state of the execrable Hitler.

To bring Libya to heel, Mussolini fielded “machine-guns, airplanes, and motor vehicles against bands of desert guerrillas armed with … mostly old rifles” (133). To pacify Somalia, the nation “was laid to waste” over five years (134). The conquest of Ethiopia required over a half-million Italian men and three-billion tons of arms and equipment (135). “The state coffers were drained,” “the theory of terror” was applied to tribesmen, and mustard gas was mustered against spear-chucking warriors (135). Soon, Mussolini sent his forces to aid Franco’s Fascists in Spain; but his “prestige victory” bled the treasury and bloodied national honour (138). Once he bedded down with Hitler, Mussolini waged war on already German-defeated France, but had trouble securing even Nice (note: 1,258 Italians died versus only 20 French); and couldn’t take Greece (the Germans did the job for him); and, then, to combat the Soviet Union, he sent an entire army corps—essentially—to be slaughtered (141-144). Filippi quotes an official report that numbers 472,000 Italian deaths in the wars that Mussolini triggered (do excuse the pun) (175).

Towards the terminus of his corrective philippic against ‘Benny,’ Filippi even disputes the famous claim that Il Duce “made the trains run on time.” Guess what? The Fascists just lied: Trains went on departing late and arriving late (178), but no one but the frustrated passengers were the wiser.

In the end, Filippi’s deconstruction—nay, destruction—of the Benito-was-beneficent mythology is a gift to all truth-seekers and a warning to all democrats, liberals, and leftists, that we must never allow ourselves to entertain illusions about photo-shopped, pin-striped alt.rightists, glamour-puss neo-nazis, or torch-bearing, Roman-toga’d Klansmen (and women). Filippi’s just-the-facts style is the perfect riposte to idiotic romanticization. (No crookedness in his penmanship.)

Yet, I wish Filippi had taken up Gallo’s tome. I guess he didn’t, given it’s absence from the Bibliography. Pity. (Curiously, in an appended filmography, Fellini’s Amarcord is mentioned, but neither Bertolucci’s 1900—nor his The Conformist—nor Pasolini’s Salò score citation.)

Nigh a year after the January 6, 2021, rightist “March on Washington,” i.e., the rabble action against the U.S. Capitol in defence of President Donald Trump’s attempt to stage a coup against the just-elected Biden Administration, there is a passage in Gallo’s treatment of Italian pro-war fever in 1915 and the catalyzed mob ruction that is frighteningly prescient of the American, fascistic incident:

Barricades were thrown up in via del Viminale in Rome; the demonstrators regrouped before the Chamber of Deputies … scaled the fences, entered the building ([perpetrators] supposedly … assured … of immunity), and streamed through the corridors. Taking neutralist deputies by surprise, they hooted at them, clubbed them, and spat in their faces. (44)

Opines Gallo, “This contempt, these charges of treason, this anti-parliamentarianism were all to re-appear with Fascism” (44). Touché.

The illiberal peril that flash-mobs and Kancel Kulturalists offer democratic debate and ideals is a present danger. And all that plebeian rabble now need is a Trump-like tribune to pitch them—like Fascist squadristi—against all legislatures, to lay siege until minority Terrorism can overthrow civil liberties and elected government.

George Elliott Clarke is the E.J. Pratt Professor of Canadian Literature at the University of Toronto. His latest books are Where Beauty Survived: An Africadian Memoir (Kopf Canada) and J’Accuse…! (Poem Versus Silence) (Exile Editions). He is co-founder, with Joseph Pivato, of the Pier Giorgio Di Cicco Poetry Award. 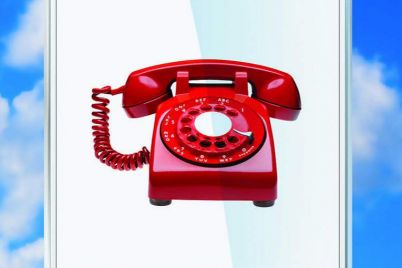 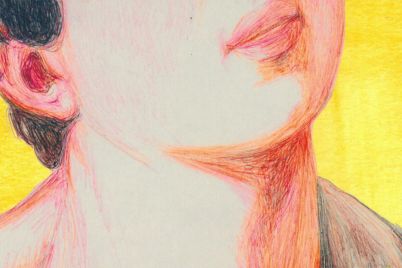