The ritual demanded that if the girl wasn’t interested in a suitor, she would decline his request to sit next to her. But since she approved, the courtship could begin.

Winter began with a fury. The ground was covered in snow and on this night a fierce wind was blowing. Tonight they might be the only ones there.

They had had an early dinner, as was customary at this time of year. On the table there was polenta, thick slices of cheese, and some leftover stew from the previous Sunday. Guests had been expected for the Sunday meal, but the weather had played havoc with their plans and the guests never came. So they ate leftover stew for the next four nights. It was such a luxury. Everybody, even the grandmother, was happy to have something tasty in her plate. The polenta was usually served steaming, with cheese either dropped on top or placed beneath. Either way, the cheese would melt quickly and release its pungent homemade scent. They knew that it would be a long time before they would have such a treat, so they divided the food equally. Everyone enjoyed the stew in their own way – left for last or mixed together with the hot polenta and cheese. Some alternated a spoonful of stew with a spoonful of polenta.

After dinner they made their way to the barn as planned. Someone had been there earlier to light a small lamp. The light it emitted was dim but sufficient to guide them in the right direction.

The warmth of the barn hugged them as they walked in, making them feel welcome and comfortable. Someone shut the door and everyone began to scatter about. It was a tacit code – everybody knew where to go and what to do. The grandmother, mother and daughter each took a stool and sat in a circle around the lamp. They had brought small baskets with them and placed them on the straw-covered floor. They took out their work and began the evening’s occupation. The mother was teaching the daughter to knit. The young girl needed to learn many skills before she was ready for marriage. It was not a good idea for a woman to enter her husband’s house without knowing how to take care of the household, and knitting was part of a wife’s duties. The girl was improving slowly, which was just as well since she was still too young to think about marriage. The grandmother was mending socks. Her sight was not as good as it used to be, and the dim light certainly didn’t help. Soon, she would be passing on this task to her granddaughter, and she would be free to say the rosary or go straight to bed after supper. She was getting old and she often felt sleepy as the evenings wore on.

Some of men and boys sat on the bales of straw or on stools that one of them retrieved from a dark corner of the barn. The old men were eager to finish their work so that they could start playing cards and enjoy a glass or two of the new wine. But there was a lot to do tonight. The local fair was next Monday, and the baskets and brooms needed to be ready to barter for the things they could not afford to buy in town. The brooms and baskets were made out of sorghum, a leaf that was sun-dried in the spring. It was the children’s job to go along the ditches and gather all the sorghum they could. Some of them, so tiny, would walk home with their arms so full they couldn’t see where they were going. Sometimes they would stumble on the stones and fall to the ground, much to the amusement of the older children and adults working in the nearby fields.

The art of making brooms and baskets was ancient and had been passed on from generation to generation for centuries. The grandfather, who had learned the technique from his own father, had taught all his sons. The father had tried to teach his own children, but they were either too young or too distracted chasing girls. They will be back, the grandfather would say to his son when he looked disappointed.

But there was no time for sorrow tonight. The men went straight to work, while the young children huddled around, hoping to hear a story or two, or be challenged by a riddle. The only sound was the whispering of the women who had begun to pray the rosary. At times, a burst of laughter made everyone jump – the men must have exchanged a dirty joke among themselves.

Suddenly, the wooden door burst open and a group of six or seven people – the neighbours – walked in. Although the weather was awful, they had decided to walk the mile instead of staying in their cold, damp house. As usual they had each brought their own stool. The men joined the other men, the women sat around the widening circle, and the children sat down with their peers.

One of the neighbours admired the finished baskets that had been carefully laid on the floor. The grandfather smiled proudly. He was known in the area as one of the finest basket makers. He knew that he could barter those baskets for a lot of goods at the fair. He had made his wish list from the moment he heard the fair was coming to town.

The men continued to talk: a new calf had been born a few days before, the weasel that threatened the chickens at the neighbours’ had been eliminated, the winter passed slowly but the wine was aging well, someone had stolen Giorgio’s cow… and on it went.

One of the men, Oreste, had the habit of going to the local bar every Sunday afternoon to read the newspaper cover to cover. Not many knew how to read in these parts, and everyone in the barn wanted to hear what Oreste had learned.

The women continued with their work. Having finished the rosary, they began to sing softly to maintain the rhythm of the sewing and knitting, and to keep the loud murmur of the men at bay. The young girl was distracted. She kept looking at the door as if she expected someone to walk in. She made a mistake in her knitting and her mother, who knew the reason for her daughter’s edginess, scolded her.

There was a feeble knock on the door. That was him. The young girl felt herself blush. Her first instinct was to spring up and open the door, but she knew better and remained seated waiting for one of the boys to do it. A young boy walked in. He was tall and handsome, with black hair and brown eyes. He was panting, as if he had just run a great distance. Or maybe he was nervous. He took a quick look around, greeted everyone out loud, and moved towards the circle of women. There was an unoccupied bale of hay next to the young girl, and the boy asked if he could sit there. She nodded without looking up.

This was a good sign, an excellent sign! The boy was happy, but he could not show it. He had to stay calm. The ritual demanded that if the girl wasn’t interested in a suitor, she would decline his request to sit next to her. But since she approved, the courtship could begin. This would be the first of many such evening encounters for the pair. The girl’s parents would never allow the young couple to be together without one or more chaperones. Even now, sitting so close to each other, they couldn’t really speak to one another, never mind hold hands. All eyes were on them. The boy tried to break the ice. “I heard the storyteller is in town,” he said. Everyone stopped their movements and looked up, even the men. Suddenly, a sense of excitement filled the air. The storyteller was near, and soon he would be visiting their farm. He always did. His presence was a great occasion, as much for the adults as for the children; some regarded it as a bigger happening than the fair.

The storyteller was respected by all the adults and much loved by the children. His visits to the farms of the area were customary in winter. He would spend a week or two in one farm, then another, and another, and by the time he would finish his round, the winter would be over. Everyone was happy when he came to stay. He was given room and board in the main house, and in return he made himself useful. During the day he would help with chores around the farm, or he entertained the children while the mothers cooked and cleaned. He had made most of the stools that were in the barn. It was great to have him around.

In the evenings he would tell his stories. He was so talented and knowledgeable. How was he able to remember all those tales? He had been coming around to these farms for many years now, and never did he tell the same story twice. He had travelled the world and seemed to have an inexhaustible supply of experiences which he was only too glad to share. Everyone loved him, and knowing that he would soon be stopping in made them more cheerful. At the end of his stay, he would be given clothes that no one wore any longer, for which he was so grateful. Sensing the tension easing, the boy peered straight into the girl’s eyes; she looked into his and smiled tenderly.

Now it seemed as if the hours had gone by quickly. Some of the children had fallen asleep on the straw; it was time to awaken them and head back to the main house. The men stood up and started to put away all their implements. They hadn’t had time to play scopa and taste the new wine. But, at least, the baskets and brooms were ready for the fair as planned. The stools were returned to their corner, and the women put their work back into the baskets. The neighbours picked up the stools they had brought and everyone headed for the door as they said good night.

The girl and boy made every effort to be the last to walk out. Thanks to the excitement generated by the news of the storyteller’s arrival, for a brief moment the adults forgot about the two young lovers. The pair took advantage to hold hands briefly and in a whisper promised to see each other again the following evening.

The mother called out to the girl, ordering her to go immediately. The couple walked out together quickly. She turned and locked the barn door, and headed hastily towards the house, turning once to see the young boy. The boy stood and watched as the girl walked inside the house. He now faced the prospect of walking home, more than a mile away. But the next day held a great deal of promise, for a promise had been made.

Filò refers to the gatherings that used to take place in people’s barns during the winter nights in the rural farming communities of Northern Italy. The word comes from the Italian verb filare, “to spin,” which was the women’s main occupation. 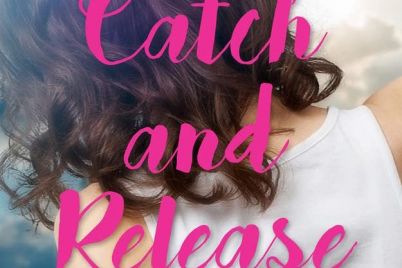