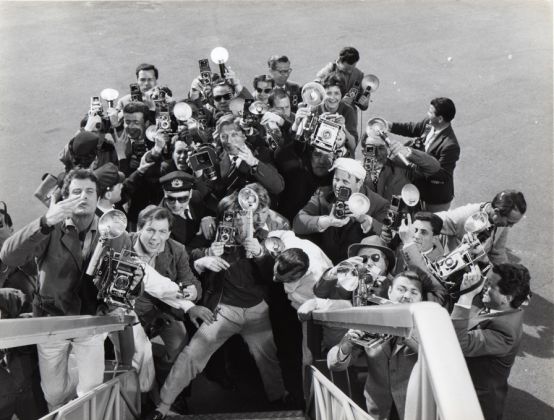 The gala to launch the Fellini Spectacular Obsessions Exhibit at TIFF Bell Lightbox this summer seemed to prove the long-held suspicion that if you want to attend a fun party in Toronto, go to one thrown by Italians.

It all started, appropriately enough, with a wild party.

Perhaps “wild” is an overstatement. After all, we are talking about a party in honour of the great filmmaker Federico Fellini (1920-1993), a man who knew a thing or two about decadence. No one did a striptease wriggling out of a mink stole to the handclaps of world-weary hipsters. No one frolicked in a fountain (I’m not even sure that Toronto has a fountain worth frolicking in). No one dragged a sea monster out of Lake Ontario or helicoptered in a giant statue of Jesus.

Nonetheless, the gala to launch the Fellini Spectacular Obsessions Exhibit at TIFF (Toronto International Film Festival) Bell Lightbox (June 30 to September 18, 2011) seemed to prove my long-held suspicion that if you want to attend a fun party in Toronto, go to one thrown by Italians. Held in the leafy courtyard of the Italian Consulate, the party offered lavish food and wine, great live music, strolling commedia dell’arte characters and well-built, scantily-dressed young men and women tossing around beach balls and pinning tiny Italian flags to guests.

Walking into the party was an event in itself, with paparazzi armed with 1960s-era cameras jockeying for position as flashbulbs popped in our faces. On that hot, humid night, la bella gente was out in force, the men with nicely groomed face scruff, the women in Anita Ekbergian gowns and updos.

Even the conversation seemed more sparkling than usual – not one boring discussion of real estate prices! Which was one reason why it was difficult to pull ourselves away for the short trip down to TIFF Bell Lightbox, where we were treated to the jazz great Jane Bunnett and a group of superb musicians playing a selection of Nino Rota’s music against film clips from La Strada, La Dolce Vita, I Vitelloni, Amarcord and a number of other celebrated films, engagingly narrated by journalist-broadcaster Paolo Pietropaolo. And then we were ushered into the exhibit itself.

The Fellini Spectacular Obsessions Exhibit and accompanying Fellini Dream Double Bills offered a welcome opportunity to immerse ourselves in all things Fellini – not a bad thing in an overheated summer when Torontonians could be seen loosening their ties and getting a little – how shall I put this —Felliniesque.

Walking into the exhibit was like taking a stroll along a strada, perhaps in Fellini’s seaside hometown of Rimini or near the legendary Cinecittà Studios in Rome where he created many of his films. Organized by theme, the Exhibit’s streetscape took us into the laneways and back alleys of some of the director’s major obsessions, symbolized by neon signs – a martini glass, the “woman” symbol, and a cross, among others.

For anyone even glancingly familiar with his films, Fellini’s obsessions with clowns, parades, carnivals, food and the theatricality of the Catholic Church will come as no surprise. But there were some new discoveries here, at least for me: for example, Fellini’s interest in photo novels, comics and comic books, particularly the character of Mandrake the Magician. In the final years of his life, Fellini even collaborated on a graphic novel, Il viaggio di G. Mastorna, detto Fernet (The Journey of G. Mastorna, Called Fernet) about a man who discovers the afterlife.

Another discovery was the director’s interest in advertising parodies, best expressed in Ginger and Fred (1985), an attack on the mediocrity of television. Still shots and film clips from The Temptations of Dr. Antonio (1962) feature a droll series of billboards urging Italians to “drink more milk” accompanied by huge, provocative images of the uber-bosomy Anita Ekberg.

For Fellini, Ekberg beautifully expressed another spectacular obsession: the changing mores of the 1950s that saw the rise of pin-up girls and sex symbols, such as Marilyn Monroe. Ekberg was chosen to star in La Dolce Vita, not because of who she was “but what she represented,” according to the Exhibit’s curators.

Prostitutes, too, were an obsession, particularly in an era when Italy was abolishing the practice of licensed, legal brothels, legislated out of existence in 1958. The Exhibit features some surprising footage from City of Women (1980) showing a prostheses of a giant posterior being applied to the body of an actress, as though trying to make her a monument to sexuality. The resulting images are grotesque and yet also weirdly worshipful.

I was intrigued by the reproductions of “Dream Books” that Fellini started keeping when he went into psychoanalysis in the early 1960s. Full of sketches of women (again, often monumental compared to the puny men trying to scale them), fantastical animals, comic strips and scraps of writing, the books fed his imagination and captured motifs that found their way into his films.

Equally intriguing was a theme called “Miracles,” showing cover illustrations from 1934 Italian newsmagazines of a Leviathan that had been pulled from the ocean near Rimini when Fellini was a boy. This well-publicized “sea monster,” rendered in La Domenica del Corriere in classic Jules Verne style, shows up in the final scene of La Dolce Vita, when a huge, grotesque fish is pulled onto the beach in front of a bemused Marcello Mastroianni and friends.

Fellini’s writing style was collaborative – he wrote that he too “dreaded the script” and wanted to work with writers who shared the same memories, tastes and jokes that he did. Yet, as a director, his main interest was not in words, but emotion, to so great an extent that he had his actors count rather than say lines, so that they could better express the feeling of the scene. He would then go on to overdub the dialogue, frequently with different actors voicing the lines.

The paparazzi – a word coined by Fellini – warranted a side exhibit of their own, devoted to celebrity photography of the 1960s. Titled “La Dolce Vita Years,” it featured candid shots of Sophia Loren, Brigitte Bardot, Frank Sinatra, Ava Gardner, The Beatles, Ingrid Bergman, Jane Mansfield, Charlton Heston (reading a book about Shakespeare’s tragic heroes), and perhaps most notably Elizabeth Taylor and Richard Burton whose love affair was revealed to the world by photojournalist Marcello Geppetti. His telephoto lens captured the actor and actress – both married to others at the time – “canoodling” on board a yacht, a major scandal in its day.

Step two in my Fellini Summer was to catch one of the Fellini Dream Double Bills that TIFF had put together to highlight the powerful influence that Fellini exerted on Hollywood filmmakers. I made a date with my friend, writer Eufemia Fantetti, for a screening of one of Fellini’s early successes, I Vitelloni (1953) and Barry Levinson’s 1982 classic, Diner.

No sooner had I Vitelloni started than I heard Eufemia softly say, “I mammoni” – mamma’s boys – the most accurate way to describe the film’s thirty-year-old “overgrown calves” in small-town Italy, partying, living off their mothers and sisters, sleeping around and constantly talking about moving to Milan or Rome, but never quite managing to do it. In fact, the debt of Levinson’s movie to I Vitelloni was so obvious that it’s impossible to believe it wasn’t deliberate. Even the characters of the two womanizing cads in each movie – Fausto (Franco Fabrizi) in Fellini’s film, and Boogie (Mickey Rourke) in Levinson’s – bore a marked physical resemblance to one another, right down to the blonde pompadour hairstyle and well-cut topcoat.

During his lifetime, Federico Fellini received 12 Academy Award nominations, winning four Best Foreign Film Oscars and a Lifetime Achievement Oscar in 1993. He continues to influence today’s filmmakers and writers who try to express that larger-than-life sense of humanity, humour, sensuality, fantasy and decadence captured by the word Felliniesque. TIFF Bell Lightbox provided us with a welcome opportunity to explore this rich cultural legacy during a long, hot summer that felt positively Roman.

And the party wasn’t bad either.

Terri Favro grew up in the Niagara area and lives in Toronto where she works as a freelance copywriter
and magazine writer. Her work has been shortlisted three times for the CBC Literary Awards. 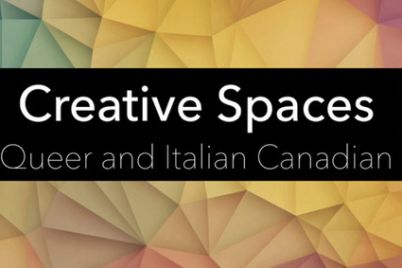 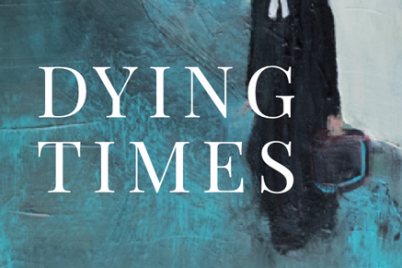 Under the Shadow of Mortality: Review of Dying Times by Darlene Madott