In a flurry of sticky fingers, we drop our change in the box and nod to the man with the moustache. He says hello, or thank you, or you need six more euro, but we don’t understand because neither of us bothered to read the conversation guide, and Anne’s first year-Italian proved to be useless before we even got off the plane. So we nod back and walk into the church anyway. Anne squares her shoulders as we pass over the threshold. I watch as she clenches her fists against the impulse to cross herself. The boys leave us and fly down the centre aisle, immediately drawn to the depictions of saints in positions of torment. I’m not surprised, but I can tell Anne is. She told me once that she can still admire the beauty that comes from religious suffering, even though she herself has been released from it. She does not, however, understand that same admiration from outsiders like our sons. Outsiders like me.

“Cooooool.” The word starts on Matthew’s tongue and ends on Brian’s. Anne rolls her eyes. I try to grab her hand as we follow the boys past the pews, but she pulls it away.

“I told you we should have taken the train in. We’re never going to find a cab back to the hotel this late in the day.”

The boys move down the aisle, their eyes fixed on the walls. They linger longest on the most graphic trials and tribulations. Matthew’s jaw hangs open, his tongue tinged green and dangling out like a dog’s.

“And I can’t believe you bought them that ice-cream.”

“Whatever. They’ll be bouncing off the walls all night.”

We move past paintings and stained glass pictures of starvation and flagellation, of ecstasy and redemption. The kids lap it up like the last drops of double-chocolate pistachio. Where could they have learned what all of this means? Not from me. Never from Anne.

Under a rendering of the Blessed Virgin, Brian points both of his hands up in the air, index finger and thumbs erect. He thrusts them towards the ceiling of the cathedral.

His brother joins in. The cathedral echoes with the sounds children think guns make.

The man with the moustache hurries out of the shadows and puts a sudden finger to his lips.

“We were crazy to bring them here. Especially after all that sugar. And these pictures…they’ll have nightmares.”

The boys run up and down the side walls, past members of the congregation intent on real prayer. An old woman wearing a fanny-pack printed with maple-leaves smiles at our sons, but most of the other patrons of the cathedral ignore them. The saints look down, silent.

Anne has her arms crossed over her chest, as if against a chill. A crucified Jesus hangs suspended over the end of the aisle. Anne keeps her gaze low. She doesn’t have to look to see what I see, so familiar is this image to her. We stop before a painting of a tranquil looking woman holding children on her lap. Each face bears a smile, and light engulfs the scene from every angle. The children in the picture have their arms and legs up in the air, as if they’re struggling to free themselves. The woman smiles on.

From the other side of the church we hear a crash, breaking glass, an outpouring of angry Italian syllables. Neither of us moves. We keep our eyes on Santa Anna’s serene smile.

“I’ve always hated this one,” Anne says. She drops her arms to her sides, and allows me to weave my fingers in with hers. Far off in the church, Matthew begins to cry.

Kim Clarke lives and works in New Westminster, BC. She proofreads and teaches English when she’s not busy writing. 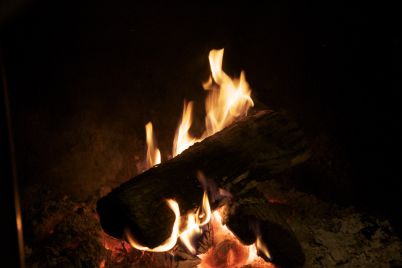 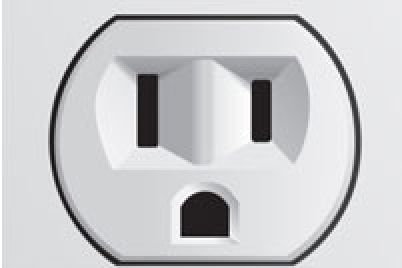 Queen of the Majorettes