The Degrassi television series, which deals with real-life issues facing its young characters, has enthralled viewers in Canada and 100 other countries for thirty years.

The original series, The Kids of Degrassi Street (CBC, 1979) took its name from a street in Toronto’s East End – De Grassi Street. Degrassi Junior High and Degrassi High followed. The current edition, called Degrassi: The Next Generation, is now in its ninth season. A TV movie, Degrassi Goes Hollywood aired in 2009.

According to Toronto author Charles Sauriol, De Grassi Street was named after a son of Captain Phillipe De Grassi who was born on May 15, 1793, in French-occupied Rome, across from the Vatican. His father, Alfio Mariano Grassi was a renowned lawyer and his mother, Anna Elizabetha Brumaritz, was the daughter of an Austrian baron.  As a young man, Phillipe De Grassi fought for the French against the British and was taken prisoner. He changed sides and enlisted in the British Army.  Later, he taught languages in England for sixteen years, married Charlotte Hearn, an English woman, and made many influential friends. De Grassi was awarded a tract of crown land at the Forks of the Don River, and his family settled there in 1832.

The De Grassi were one of the first Italian families to settle in Toronto, but they were very different from the Italians who came to post-Confederation Canada. The latter were for the most part railway workers and itinerant labourers. Phillipe was aristocratic, well educated and fluent in English.

The De Grassi, according to Charles Sauriol, played an important role in defeating William Lyon MacKenzie’s Rebellion in 1837. Fourteen-year-old Cornelia De Grassi rode on horseback to a blacksmith shop, pretending to be shopping for a sleigh and obtained vital information about the number of rebels gathering at the Montgomery Hotel.  Upon her return, she reported to her father, and the news was given to Governor Sir Francis Bond Head. With the news that the rebel troops were few and undernourished, Bond Head unleashed a surprise attack, ending the rebellion.

The name De Grassi Street first appears in Toronto newspapers in 1876 and is located at some distance from the De Grassi settlement. It is likely that De Grassi Street was named after Phillipe’s son Alexander De Grassi who became a prominent Toronto businessman.

A word about the spelling of De Grassi: Charles Sauriol in his book Remembering the Don, spells the family name “de Grassi.” De Grassi is the way it is spelled on street signs. The TV series spells it Degrassi and 19th century newspaper stories and ads spelled the name DeGrassi. In an effort to be consistent, I have spelled the name the same way as the street sign, “De Grassi,” though when referring to the TV series, I spelled it the way the show spells it, “Degrassi.”

Frank Giorno lives in Toronto. He is the author of two books of poetry, Elvis in America (2006) and Arrivederci! Plastic Covered Couch (2008). 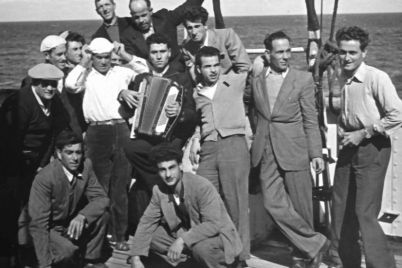 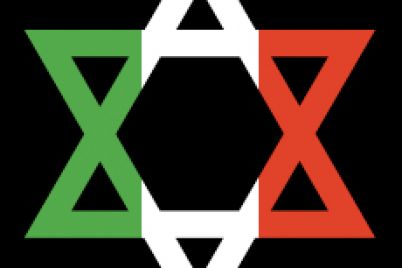