I am scribbling these notes moments before departure.

I have awakened from a dream which seemed to last for years. I remember nothing of the preceding day, month or year. On the dark screen of memory, fragments of images appear for a fraction of a second and are gone. The clocks of the metro – station after station – all stopped at the same hour. A tiny mouse penetrated the wall of the connecting station and disappeared without a trace.

The young man with the cement shoes – barely out of adolescence – cheeks hollow, eyes empty, walked laboriously. His hair in tousled curls hung over his shoulders; his beard darkened the contours of his face. With one arm he held a full sack which was slung over his shoulder; with the other he balanced the shapeless mass wrapped in a dark cloth which rested on his back. Glancing around, I became aware that there were many like him – men and women wearing cement shoes, staring with empty eyes and carrying heavy weights on their curved backs. They all advanced toward the dark entrance of a sewer drain. Some had to lower their heads to enter. Just past the opening, the drain swelled, widened, then narrowed to a pipe.

In the clearing in front of the entrance, people arrived from various directions, while others stepped out of a form similar to the one that stood in front of me. Behind it, there was another, and another and yet another. I thought of a large upside-down uterus: he who left the vaginal canal was not born into life but found himself in front of a similar forced passage. The forms were repeated as far as the eye could see. Far in the distance, I noticed something different. But I couldn’t distinguish its shape; it was too far.

I realized that I, too, was proceeding among a crowd: I dragged my feet, weighed down by the cement, under a burden which made me falter. I was tired and afraid that I would not be able to stand. But the two blocks which rendered walking so difficult also kept me upright.

Little by little, as I came closer, the entrance to the sewer widened, filling the horizon. Now, I could see nothing but the suffocating blackness which would soon swallow me. As I write these words, I can recall that for a time I lived as the others – the “oblivious.” But I was awake, conscious; and I saw what I had not seen before; I listened to that which was not supposed to be understood. I came to know that Gamma III – where I find myself – is considered the most effective treatment centre in the intergalactic system: psychiatrists from every location come here to specialize.

The first experiments in psychic hibernation, which consisted of subjecting patients to identical days and to repeated deeds, were conducted here. If the treatment is begun in the early stages of life, the patients are ready to punctually execute the tasks assigned to them. They are serene, docile, co-operative.

The method is now applied on a large scale and, although the best results are achieved when psychic hibernation is begun in very young brains, often adult individuals are sent and immersed in the program.

At first, I thought I was the only one who had eluded the mechanism – I don’t know how. On some occasions, I thought I received knowing looks from “conscious” people. But they quickly averted their eyes, and the encounters were not repeated.

Then I heard that THEY talked about it. The system which works so perfectly for the very young, which achieves good results even when applied to adults, can do nothing to recondition those who have awakened from their hibernation state.

Not even THEY have been able to isolate what provokes the “reawakening.” For some time, THEY concentrated on resolving this problem but, having obtained no positive results, THEY abandoned the project. THEY follow the principle that only productivity can justify the expenditure of energy.

THEY concluded, therefore, to distance the “reawakened” from the system, because these tended to create hindrances and, even more alarming, could have in some way induced others to reawaken.

I feared that once singled out, I would have been condemned to death and, because of this, I was trying to conceal my state. But then I understood that for THEM, to be expelled from Gamma III is death. THEY can’t imagine that one would consider living under different conditions.

THEY will send me to a place called Earth. That planet was abandoned when technological progress allowed for the construction and maintenance of efficient interplanetary stations at first, later intergalactic ones. At that time, it became simpler and more productive to begin anew, than to try to reclaim what had already existed.

THEY’ll send me to Earth. Those who went before me have never returned to tell about it, but there have been rumours. They say that the planet, once on the verge of suffocation and so abandoned by THEM, has slowly become reborn. Years, perhaps eons, have passed, and it is possible that the poison absorbed by the waters, the earth, and the forests, has become diluted to the point of harmlessness.

They say that those who are sent to Earth – rejects from the most progressive space stations – live a hard and simple life, nourished by the products of the soil, united in small groups who help each other. They say they are happy.

Elettra Bedon is a poet and the author of several children’s books. 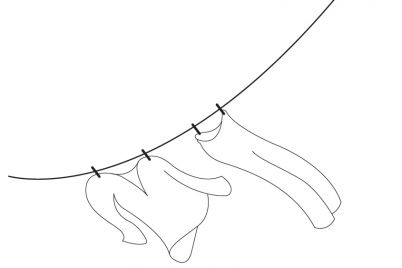