On June 10, 1940, and in the months following, while Canada was at war against Italy, hundreds of Italian Canadian men across the country were arrested by virtue of the War Measures Act. Terrified men, some as young as eighteen and others in their seventies, were whisked away to internment camps in the Canadian bush to serve a sentence as “enemy aliens”; yet they were never formally charged with any crime.

A first-hand account of these events of Orwellian magnitude is La Ville Sans Femmes by Mario Duliani, published in French in 1945 and translated into English as The City Without Women by Antonino Mazza in 1994.

“Imagine,” says Antonino Mazza from his home in Ottawa, “you do not know what you have done wrong or for how long you will be punished … you live in suspension, in limbo … you experience a huge torment of being alive and great anxiety.” With Mazza’s translation of Mario Duliani’s text, renewed attention was focused on the trauma and injustice inflicted on these Canadian-born or naturalized citizens.

The events that began on June 10, 1940, would have far-reaching consequences, not only for the internees, but also for their families and for the fabric of Italian Canadian culture. They also foreshadowed the racial profiling of today, as we wage yet another global war – the war on terrorism!

Antonino Mazza, poet and award-winning translator, knew about the internment long before he translated Duliani’s book. “In the Italian community where I grew up, people knew about the camps. They would whisper about it, but not talk openly. They tried to keep it a secret. There was a lot of shame surrounding the subject,” he explains.

Mario Duliani, who died in Montreal in 1964 at the age of 79, served a forty-month sentence, first in Camp Petawawa near Ottawa and then in Gagetown, New Brunswick. A year after the publication of La Ville Sans Femmes, Duliani published La Città senza Donne, an Italian translation of his original account. Few paid attention to his chronicle, and those who did, dismissed it by maligning the author. “[Discrediting Duliani] was a total red-herring,” says Mazza, his voice rising. “He was a well-respected journalist, playwright, and a prominent leader in the literary and artistic communities of Montreal. People focused on his political leanings, on whether or not he was a fascist, instead of paying attention to what he wrote about.”

The City Without Women is a documentary infused with poetic language. To maintain the privacy of his fellow inmates, Duliani does not mention anyone by name or dwell in depth on any one individual. Instead, he provides an overview of life within the camps. The men lived in stark physical surroundings. Both camps were set up in isolated locations surrounded by miles of forest. The barracks did not have electricity and the prisoners slept on iron bunk beds. There were bars on the windows, and barbed wire circled the camps.

A number of the men were members of Fascio, the Canadian branch of Mussolini’s Fascist Party, but the majority had been arrested because of their visibility within their Italian communities. They were leaders, professional men of importance, businessmen, members of Italian social clubs, and participants in parades organized by the Italian Consulate. “Their greatest crime was to show emotional loyalty to their country of origin,” emphasizes Mazza. They were arrested for no reason other than their ethnic heritage. Duliani reports that one man did not even know, until he arrived at the camp, that Italy had declared war on the Allies. Every profession and trade was represented, including a member of parliament, doctors, lawyers, engineers, musicians, farmers, gangsters, labourers, students, ministers, and a Catholic priest. Some were able to practice their trades within the camps, but most helped build roads, cleared brush, or cut timber to fire the camp’s furnaces and stoves. Those unsuitable for hard labour worked at lighter chores, such as kitchen duties. Others who had been mentally fragile before they were interned suffered relapses and had to be transferred to mental institutions. Almost all of the internees endured bouts of depression and anxiety.

“The value of the past radically increased . . .” writes Duliani. “At moments the nostalgia for a landscape, for a face, a voice, bursts in our hearts and … chokes us… Our collective temperament is dictated by the loss of our women.” Men over fifty who were close to reaching the high point of their careers “feared the inadvertent crumbling of the edifices they had built with the dedicated patience, hard work, and the sacrifices of a lifetime.”

Duliani was one of the lucky ones. He resumed his pre-internment life. “Many others did not,” says Mazza. “[Because of the stigma,] they changed their names. Some moved to other cities. They developed strategies to disappear within their communities.”

During the internment, the Italian communities across Canada collapsed, their leaders no longer there, and their social clubs and organizations erased. Health care deteriorated with the forced exile of Italian-speaking doctors. The communities were rife with confusion, discouragement, and resentment. Italian Canadians began to hide their ethnicity. Later, those who had immigrated before the Second World War distanced themselves from the post-war Italian immigrants. “They were too Italian for their taste,” states Mazza. “They considered them uncivilized and called them nicknames like greenhorn.’ The established Italians wanted the newcomers to shut down their cultural volume.” Post-war immigrants, hoping for a helping hand from their countrymen, had to look elsewhere. It took decades for the Italian-Canadian communities to re-establish themselves.

Now, more than sixty years after the internment, our country is once again grappling with racial profiling, this time ensnaring Arabs and Muslims. “We are moving towards total bigotry,” emphasizes Mazza. “[The passing of Canada’s anti-terrorism laws, Bills C-36, C-22, C-35, and C-42] is the most vile suppression of civil rights yet, far worse than the War Measures Act. In a sweeping fashion, Bill C-36 obliterates the Charter of Rights and Freedoms.” It represents a precarious balance between civil rights and national security. The anti-terrorism laws allow the government to arrest without warrants, hold secret trials based on secret evidence, and convict without proof of criminal intent. Because trials can be conducted in secrecy,” Mazza continues, “no one knows what is going on…

Rocco Galati, a constitutional lawyer from Toronto, is familiar with “secret” trials. In a speech to the Justice Committee on November 6, 2001, he stated, “… there are approximately 800 illegal detentions in this country currently going on in the correctional centres … Muslims and Arabs have been directed not to be able to phone their lawyers, see their lawyers, phone their families … I see it in jails everyday.”

“We have a militaristic approach to solving problems,” protests Mazza. “We seem to take a concentration camp approach.” It’s a paradox that our country turns against its own, and chooses to trample on the rights of citizens in order to protect itself from predators. “All immigrants are here by invitation,” Mazza adds. “We ask them to come, yet we do not create a safe environment for them … I think Trudeau got it right with his Charter of Rights and Freedoms.”

In his introductory essay to Duliani’s book, Mazza quotes the Mayan proverb, “Those who do not know their history cannot predict their own future.” By translating The City Without Women, Mazza makes sure that the history of the Italian internment will not be forgotten. He also forces us to think about how we and our children might remember the profiling and internment of Muslims and Arabs sixty years from now. 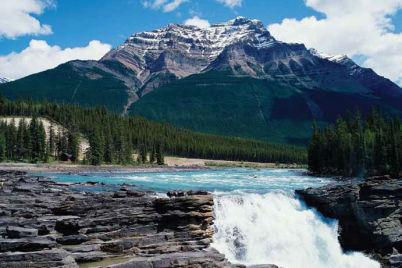 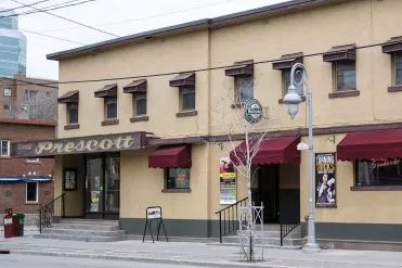