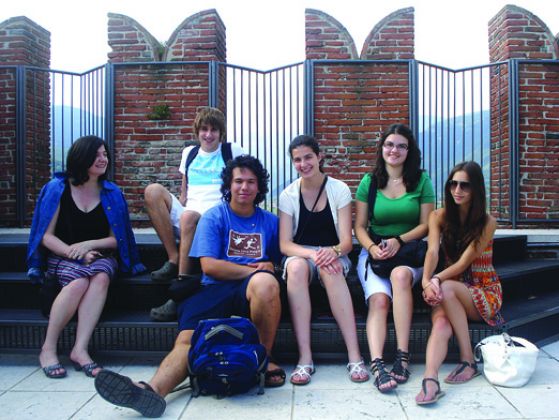 The refrain that we often hear is how difficult it is to get young people to connect to their cultural roots – that young people don’t care much about the language and heritage of their parents and grandparents.

This past summer I chaperoned five young Montrealers, with roots in the Veneto region of Italy, on an 18-day language and culture “expedition” to Friuli. Our host was the Associazione Veneziani nel Mondo, and its president Bruno Moretto. For the first time, Canadian students of Venetian heritage joined their Friulian counterparts from North America in a program that the Ente Friulano Assistenza Sociale Culturale Emigranti has been administering for the past decade. The Friulani students, from Toronto and Windsor, were accompanied by Loretta and Danilo Cal and Tania Traversiero. Daniela De Pau chaperoned students from Philadelphia.

The Venetian-Montrealers I accompanied were Vanessa, Bruno, Jessica, Liana and Fabio. On weekends, each student was the honoured guest in the small town from where a grandparent emigrated. We were welcomed by the mayors in Bassano del Grappa, Cavarzere, Codogné and Trevignano. Relatives were invited to attend the official meeting, followed by a visit of the town accompanied by the family members – which included great-uncles and aunts, and second and third cousins. One of the most touching moments was Jessica’s return to Codogné, Treviso. Her grandmother’s brother and many relatives were in the audience as Jessica received an official souvenir from the mayor. Her great-uncle spoke about how his sister left the town at a young age. His retelling brought tears to our eyes. We’ve all heard or read stories about the “return journey,” and we may even have experienced it ourselves with our own children. But it was special to see Jessica, who had never been to Italy, never taken a plane before, meet relatives for the first time in the small town where her grandmother was born and raised.

I was honoured that parents entrusted me with their children. Yes, I had my hands full chaperoning adolescents, but I was enriched by the experience. I spent time in the classroom with Professoressa Maria Pia Arpioni, and witnessed the passion with which she taught the kids the language of their ancestors. There was the daily routine with Professoressa Elena, which began with the Hail Mary prayer (yes, indeed!) and the Italian national anthem, which the students sang by heart when Gino Vatri, President of the Alpini in North America, placed a wreath on a monument to the war dead during a formal ceremony in Sacile.

Those who make an effort, know that it is difficult to pass along a heritage language within a North American context, where children are focussed on the here and now. But the issue comes to life when young people literally walk in the footsteps of their grandparents – when they are made to feel the pulse of their past, as they try to understand their present and appreciate their future.

These young hearts and minds are, in fact, an investment for the future. By fostering cultural exchanges in its regions, Italy is planting the seeds that create a bond with our children, future Canadian leaders. And this creates opportunities for cultural and business exchanges on a long-term basis.

Challenging as it may be, we must encourage our children to become acquainted with their heritage. Everyone will be richer for it. 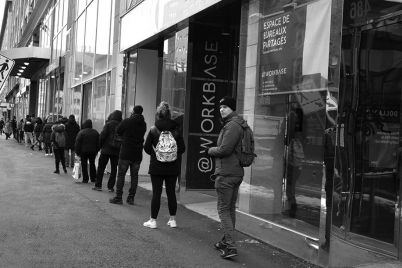 In These Distressing Times…

Coming Together Around the Idea of Italianess