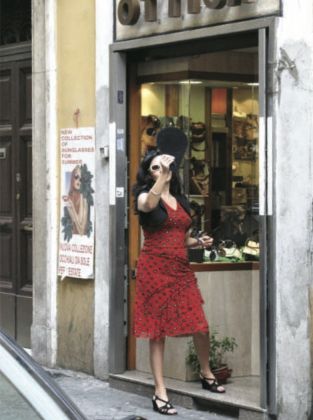 The scene was Rome, May, 2008. I was there writing a story on the making of the film version of Dan Brown’s Angels & Demons, which was shooting at Bernini’s landmark sculptures around town. Walking near Campo dei Fiori I spotted this woman standing on the threshold of an optician’s, checking herself in a handheld mirror. What captivated me about the composition was the woman in the poster behind her, as if the subject were looking at her as well as herself. I had a split- second to get the shot, which gave the scene an almost voyeuristic quality. Through sun- glasses, mirrors and the lens of a camera, we catch fleeting images of ourselves and catch others in the act.

Paul French is a Toronto-based travel writer and photographer who spends as much time in Italy as he possibly can. After having lived in Milan and Tuscany for years, there are still more stories he wants to explore, more scenes of Italian life to capture in pictures. When not visiting the boot country, he contributes words and pictures to publications around the world and edits the guidebook Time Out Toronto. 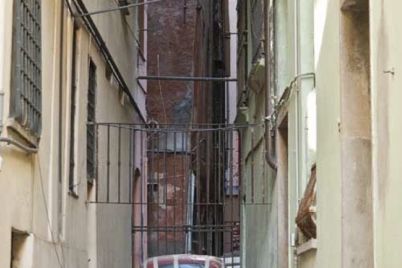 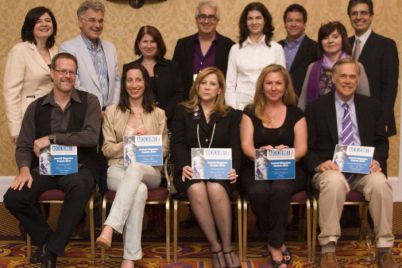 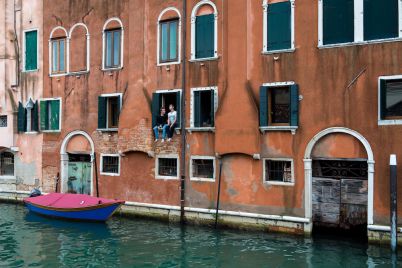