As I sit to write this piece, I am hit by a cosmic, albeit familiar, question: Who am I, really? My identity was never a major concern for me until recently. I’ve always been pretty certain of who I am. I’m Giulia, of course. I had my adolescent identity crisis, but that was part of growing up. Everyone goes through that. But, now that I am an emigrant and live in four different countries during the year, I sometimes feel confused. My identity is, in many ways, shaped by how I see myself through the eyes of others. In Italy, my parents call me Chicca; my friends call me la canadese, even though I now only spend my summers in Canada; in Edinburgh I am transparent, nobody notices me; in Prince Edward Island I am an unwelcome but necessary CFA (Come From Away) and in Cape Breton “son ’na paesana.” In the United States I am the girlfriend from northern Italy.

Lately, I have feeling the pressure to conform to outside expectations of my identity – strangers rarely guess that I’m Italian, my blue eyes and the fact that I speak English fluently throw people off. Once they find out where I’m from, they expect me to conform to what they think an Italian should be. For instance, because I am from northern Italy, they assume I know how to ski, but I don’t; or that I make home-made pasta. I don’t do that either. People also think that I should wear the latest fashions. They are surprised that I dress casual.

The expectations that surround me cause me to step back and think about the way I see myself in the many worlds I inhabit. I was born and raised in Italy. That should make me 100 percent Italian, but does it? I have a passport that makes this a fact. However, I don’t feel that a piece of paper, no matter how official, really makes you anything. Does living in Italy make me Italian? I only live in Italy a few weeks at a time these days. Is it the language I speak? When I speak to my parents or to friends on the phone, I speak dialect, not Italian. Is it my appearance that makes me Italian? Because I am not into fashion, the complicated and mysterious ways of the fare bella figura (making a good impression) are not my thing. I remember that my mother, on the other hand, would never go out without making herself up. She never wanted to be seen without her make-up on or wearing her simple “home” clothes.

I left Italy twice. At seventeen I came to Canada for a year as an exchange student. Maybe I was bored, or maybe I was trying to define myself by leaving. Was I conscious of these things at the time? Probably not; I was seventeen! I wanted to have a magical experience. I wanted to learn English. So I went away. Almost twenty years later I have few regrets about that experience. I ended up learning so much about life on Prince Edward Island. I learned how people live there, and I was intrigued by the differences. PEI used to be cut off from the mainland during the winter months; the coming of the Confederation Bridge changed that, of course. In Charlottetown, where I lived, Italian food products were very rare. Although I craved pasta and polenta, I adapted well to the food and even gained weight.

The second time I left was in 2004. This too was an escape, of sorts. I was unhappy and Canada was still in my heart. During the years I spent at St. Francis Xavier University, my sense of self evolved. I didn’t live with a host family, but with roommates, and cooking for myself became a necessity. I didn’t realize how much I knew about cooking until I had to do it on my own. My parents had always taken care of that for me, but I must have learned it all subconsciously.

Out of my kitchen in Nova Scotia came all sorts of inviting flavours. At first I cooked for myself, then for my roommates, and ultimately for my friends. I began to define myself through the food I prepared, and that food was Italian. At the time, I didn’t realize what impact my cooking was having on my friends. To this day they often say how much they crave my spaghetti ai frutti di mare, my risotto ai funghi, and my tiramisù.
The more interested and supportive they were, the more I cooked, and the better I expressed myself through the dishes I prepared. After finding love (could it be that I seduced him with polenta col tocio e salame?), moving to Edinburgh, and realizing that I was probably never going to return to Italy permanently, I grew hungry for more family recipes. I wasn’t only trying to define myself, I was also trying to recreate a sense of home by preparing the dishes my parents cooked when my brother and I were growing up.

When we are away from a community or a group that defines us, our sense of self can become fractured. In these moments, food intimately linked to the past helps maintain a sense of continuity. When I cook, I am not only defining myself as Italian (or should I say Trevigian), I am also trying to recreate “home.” These dishes remind me of my parents and the events that once marked our daily lives.

My father brought me a jar of dried porcini mushrooms during his last visit. Opening that jar was a tiny step in the process of preparing risotto, and it was important to me. Not only was I preparing the dish that defines me most, but the smell of dried porcini mushrooms connected me to my father, and to the hours and hours of meticulous searching he spends in the woods of the Dolomites where his mom and dad were born.
Cooking is my identity. It brings together my present, my past, and my future. More than the language I speak and more than the way I conduct myself, the food I prepare and consume is what defines me. Food is what makes me Giulia, l’italiana.

Giulia De Gasperi holds a post-doctoral fellowship in ethnology at the University of Edinburgh, Scotland. Her fields of study are Italian emigration and tradition and the customs of Italian farming life. 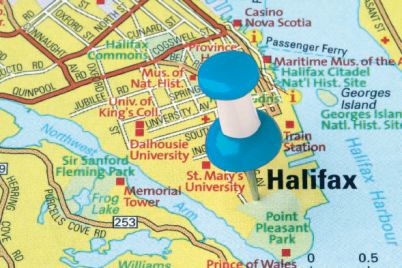 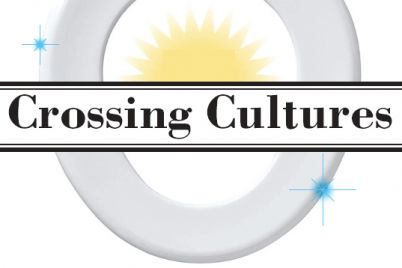 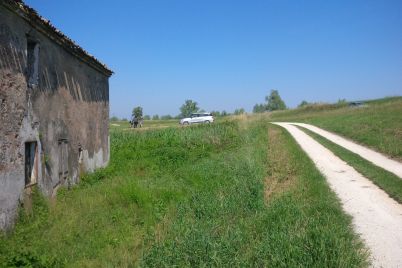