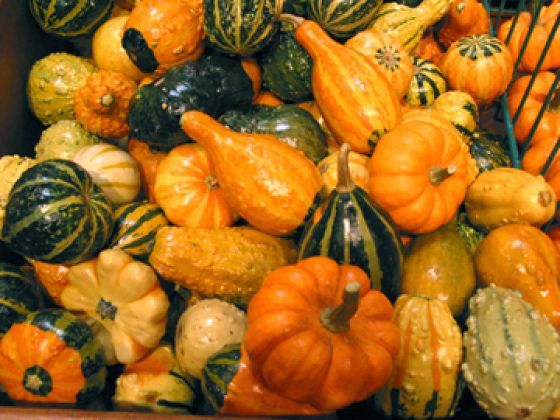 I was born in central Italy, in a beautiful green valley. In the summer, the fields were irrigated from the river Melfa, whose pure waters rushed out from underneath a huge rock in the nearby Apennine Mountains. The lands were very fertile, and my father grew not only wheat and corn, but all sorts of green vegetables for our family’s consumption. My father also attentively cultivated pumpkins and squash, which he fed to our cows.

When we immigrated to Canada, my father continued gardening, only for the family, of course – we had no cattle to feed. He was glad for the large backyard we had and the generous supply of city water. He would be in his garden every day after work, hose in hand, proudly moving through his thriving plants.

After a couple of years in Canada, I became aware of the Halloween custom of carving Jack-o-Lanterns, so I asked my father if he could grow pumpkins the following year. His immediate stern reply was, “And when are we getting the cows?”

I had just turned thirteen, and trying to explain Canadian customs to my father was always exhausting. He was forty years old, and he believed that at home we should keep our customs and traditions and not go changing things, unless we could prove that another way of life would make us better human beings – or perhaps richer. Since I was not a rebel, I dropped the subject, giving up the idea of ever carving a pumpkin like my school friends did. I never even asked my father if I could go out trick or treating.

But when I got married, things were different. We lived on a hobby farm and my husband, Ed, cultivated a huge garden and grew a variety of vegetables, including squash.

One year, I decided to hold Thanksgiving at our house. By now, my father had become somewhat used to the younger generation celebrating this North American holiday. After an antipasto of Italian cheeses, prosciutto, and fresh figs, I served a pureed squash soup. My father looked at the bowl, stared at it with disgust, and didn’t pick up his spoon. My mother, thinking I had not been respectful toward my father, gave me a mean look… Ed, on the other hand, smacked his lips and stated in a joking manner, “I always eat everything your daughter cooks.” My father lost no time in firmly replying, “You married her, not me.” And he continued to sit there, mute, until I brought out the next course. Thank God, it was leg of lamb, instead of the traditional Canadian turkey. That saved the day.

As I got older, I became almost as stubborn as my father. I was going to get that man to eat squash if it killed me – Ed and I loved it.

Years later, my parents came to visit us on the day my husband had just picked his prized nine-pound squash. As we were all admiring its size, I said, “Dad, I know squash doesn’t excite you… but this beauty is full of nutrition. Do you want to see?” I proceeded to show him a Vitamin chart listing 19 vitamins – only four with zero value. “And think, Dad, how the doctor told you that you need more fibre in your diet… and then also, squash is really low in fat and high in protein. It would be really good for your heart. Not to mention it would help you lose all those extra pounds you’ve been carrying around for too many years.”

Mom really liked that, especially the losing weight part. “Yeah, listen to your daughter, Luigi. She knows about these things. And just think… if you lose weight and get your constipation under control, and a few of the other problems you have, we could make that one last trip to Italy you promised me.”

“I don’t care. You can go after I die – you won’t be some poor widow. I know what all this is leading to.”

“What are you talking about,” Mom blurted out.

“Yeah, I’ll tell you. It’s going to be that you and your daughter will force me to eat spaghetti squash, like your son-in-law does. Do you want me to throw up? But I won’t throw up, because I will never eat it. For me, there will always be only one kind of spaghetti. So don’t you go getting any ideas.”

“Oh my gosh, no Dad,” I intercepted sweetly. “Nobody said anything about spaghetti squash. Squash is cooked in many ways, even Italian style. Everybody eats it in Italy now anyway. Didn’t you know? And Mom can make it for you in nice chunky pieces. She will roast it golden like she does her Sunday potatoes. I know how much you love her potatoes, and the squash is even better. I promise you will love it when Mom cooks it. Authentic Italian food – Dad, think of the health benefits.”

“Your father doesn’t know how to think,” Mom said.

“Woman, be quiet,” Dad said, glaring at her. “Do you think you’re the best cook in the world? I could cook it better than you if I had to… So, what is wrong with fresh juicy garlic… which you never use enough of? And some hot pepper too… ”

Mom turned her eyes to the ceiling, as if to say “a genius my ass,” but she looked happy. And, pleased with myself, I began to think that maybe there would be one last trip to Italy for Mom after all. She deserved it for all the years she’s had to live with the stubborn old coot.

When my parents were about to leave, Ed cut the neck off his beautiful squash and gave it to my Mom. In our family, we always believed in sharing our bounty.

Delia De Santis is the author of the collection Fast Forward and Other Stories(2008). Her writing has been anthologized internationally. She is co-editor of six anthologies. 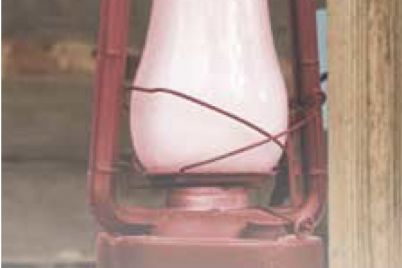 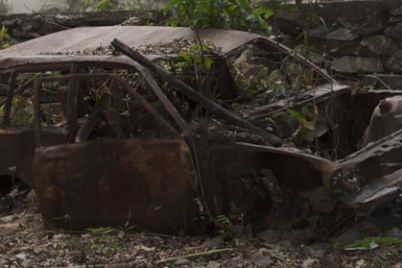