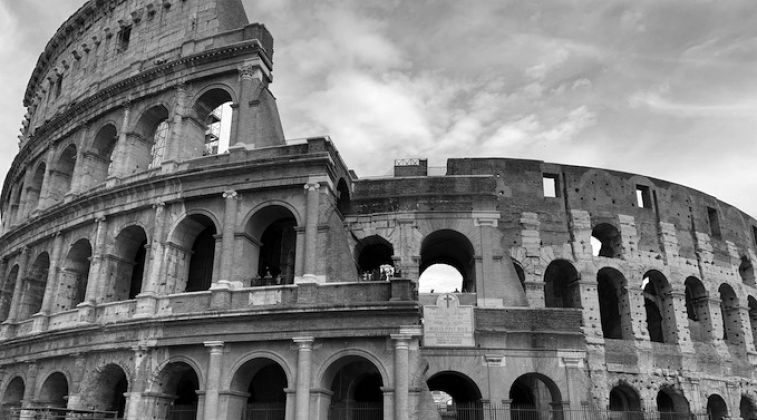 The driver sneaked a look at me in the rearview mirror before he put the cab in gear and took off.

I stared out the smudged window. The humidity, which had hit me the moment I wheeled my rollaboard onto the jetway, hung thick as fog in the late afternoon air. On both sides of the highway stretched miles of low buildings—warehouses, storage units, used car lots—and billboards in both Spanish and English for spine clinics, personal injury lawyers, and mortuaries.

I nodded and pointed to the upcoming skyline. “Looks like a big downtown.”

“That there’s the medical center. City within a city. Close to ninety hospitals. Five million patients a year. Quarter of a million, probably, at Anderson alone.”

“Yes, ma’am. Cancer is big business here. Makes a man wonder if it’s something they’re putting in the water.”

Clearing security at the cancer center was like going through customs into a foreign country. A guard scanned my license; a beagle on a leash sniffed my suitcase. A clerk prepared an I.D. badge and used a Sharpie to mark my route on a color-coded map. By the time I pulled my rollaboard down endless corridors, past brisk-looking white coats, technicians in all color of scrubs, and emaciated patients in wheelchairs, I wished I had worn a pedometer to track how many steps I’d taken to reach Elevator F.

A geographically-impossible jungle mural exploded on the walls of Pediatric Oncology. A panda bear chomping on bamboo sat next to a smiling tiger wagging its tail. A school of striped tropical fish swam toward a trumpeting elephant and her twin babies.

Under her watchful eye, I washed my hands and suited up in a surgical mask, paper bonnet, full-length yellow robe, and blue shooties.

“See if you can get her to drink something,” the nurse said as she buzzed me in.

The blinds were drawn. A Bugs Bunny cartoon blared from the TV bolted to the opposite wall. You wascaly wabbit! Elmer Fudd declared. I’ll catch you if it’s the last thing—

Amy sat up in bed. When she waved, her plastic ID bracelet slid all the way from her wrist to her elbow. Tufts of fuzz clung to her bald head. I’d been warned. But nothing prepared me for the truth of what my daughter had told me: she’s nothing but bones now.

I threw Amy a kiss and sat in the visitor’s chair. At my age, hospital rooms no longer felt unfamiliar. Here was the sturdy bed with rails, remote controls for TV and lights, machines that flashed BP and oxygen levels, and an adjustable tray holding a plastic pitcher of ice water and two sealed containers of apple juice. The only unusual thing was an oversized construction-paper card that announced in blue glitter GET WELL SOON FROM MRS. K + THE 6 GRADERS.

“I love Bugs Bunny,” I told Amy. “But maybe we can shut him off so I can hear you better?”

Amy pressed the remote control. “I always forget how you’re kind of deaf.”

Stinks getting old, I might have said to a friend. But as I watched Amy’s plastic port peek from beneath the loose collar of her blue johnny—rising and falling with every breath—I vowed never to say those self-pitying words again.

“Thanks for coming,” Amy said.

“Sure. Your mom needed a break.” I paused. “I mean, I’m glad she gets to go to your cousin’s wedding.”

“I was supposed to be the flower girl.”

“I know,” I said. Last month my daughter had called from this very room and asked me to send Amy’s dress to another cousin for alterations. They could have just done without a flower girl, my daughter told me. It was Amy’s dress. Amy was supposed to wear it down the aisle.

“Your mom said she’d send pictures of the wedding,” I said. “In the meantime, we can have a good time here, you and me.” I nodded at the tray. “How about we have some of that apple juice?”

“Let’s live dangerously.” I reached over, broke the seal on both of the packs, and stuck a straw in each. I guzzled loudly from one and Amy giggled, then put the straw to her dry lips and guzzled back.

“They have baby-ish nicknames. Nurse Zoom Zoom because she’s fast. Nurse Lollipop because he shaved his head to look like us, only his is super shiny, like someone just licked it.” Amy twirled her straw. “I wonder what my hair will look like when it grows back.”

“Probably same as before.”

“Jenny’s hair was blond and straight, but it came back brown and curly after her transplant.”

“The girl next door. We played Scrabble together.”

“I thought you weren’t allowed to leave the room?”

“Online, Gran-ma. Everything’s online here—support group, art class, music class. Last week we played ‘Frere Jacques’ on handbells. I was the dang in the ding dang dong. It was the best.”

Choo Choo, a stout middle-aged woman in a color-blocked smock, set a tiny paper cup—the kind used for squirt ketchup in fast-food restaurants—down on the tray. “Time for meds. And how are we doing with our fluids?” She picked up the water pitcher and eyeballed the level. “You can do better than that, Miss Amy.”

“Try harder. Right, Grandma?” Choo Choo poured Amy a big glass of water and rattled the pills in the cup. “Which first?”

Amy pinched a blue pill into her mouth and sipped some water. Next came a yellow and an orange. Finally she held onto a white pill the size of a pencil eraser.

“I can’t swallow this one.”

Choo Choo gave her a thumbs up. “I thought you could. Now drink the rest of that water. And remember to sit up for half an hour, unless you want those pills coming back up.”

Choo Choo pulled an electronic gizmo from her pocket, eyeballed the machine by Amy’s bed, and recorded some numbers.

After she left, Amy sat there, looking increasingly queasy. “I don’t feel so good, Gran-ma.” She eyeballed the pink basin on the nightstand. “Will you get mad at me if I throw up?”

“Of course not, sweetie. But meantime—” I reached beneath my left sleeve. “—I brought you the bracelet you like.”

I unclasped the heavy bracelet and set it on the tray. Just as I hoped, the bracelet distracted her. She spread its silver links and fingered one of the charms, tiny as the tokens in Monopoly.

“Tell me the story again,” she said.

“Your grandfather and I went steady in high school,” I said. “He gave me the bracelet for my sweet sixteen, with some charms that represented things I liked to do.”

“Like the ice skates. And the camera. And this little book.”

“And all the rest of the charms are from places you and Gran-pa went together?”

Amy touched her finger to the lighthouse. “This is Maine.” A palm tree. “This is Florida. This is. . . ”

“And this is Yankee Stadium.”

I held back a laugh. “That’s the Colosseum, honey. In Rome.”

“This is the Eiffel Tower. In France. And this is—?”

“Big Ben,” I said. “A clock tower that has a huge bell—so loud you can feel it vibrating, right here, in your heart—when it gongs out the hour.”

Amy toyed a tiny gondola with her bony fingers. “Do you miss Gran-pa?”

“But you still go on adventures without him.”

There was scant adventure, I could have told Amy, in the guided tours I now took. There was a strict itinerary. A bus with a bathroom. A driver who smoked at rest stops. A brisk young guide with a clipboard and microphone paid to hustle Joe & Donna from New York and Herb & Evelyn from Jersey from one place to the next. Inevitably, too, there were other widows, who also had watched their husbands waste away from cancer in hospital rooms just like this one, until in the end the men they loved resembled nothing more than the plastic skeletons hanging in high school biology labs.

I sat next to the widows at breakfast tables in Venice and dinner tables in the Loire Valley. I listened to them talk about their grandchildren in Fairfield County and their ongoing battles with the condominium board to have the garbage picked up more than once a week. At such moments I missed my husband terribly and wanted nothing more than to go home and sleep in my own bed.

“If you could go anywhere in the world,” I asked Amy, “where would you go?”

Amy turned her head toward the window. “Outside.”

I took a steadying breath. “Where else?”

“Dairy Queen. And the place with the Sphinx.”

“Can you go inside the pyramids?” Amy asked.

I stood and tucked the blanket around her, just as I had done when she was an infant in her wicker bassinet.

“When you wake up, then,” I said. “Maybe you can show it to your online friend—what did you say her name was, Jessie?”

Amy closed her eyes. Her lids were blue. “She really wanted to ring the bell. At the end of the hall. You ring it when you leave the hospital and all the nurses cheer.”

Outside of Amy’s room, I divested myself of my mask, bonnet, robe, and shooties. Only after I crumpled them up and tossed them in the basket did I realize I had left the hospital map behind. I got turned around, this way and that, down the long corridors until I found myself opposite an elevator, facing a brass bell on a rope cord.

I prayed otherwise. Yet I feared it was only a matter of time before I returned home and my daughter called me, in tears, to say Amy never got to ring the bell. And so I wanted to yank the cord, with all my might, until I broke its clapper.

Maria Luisa Ierfino-Adornato is a Montreal freelance writer. She is the author of the historical novels McCord’s Quiet Rebellion and McCord’s Griffintown (Chronicler). Maria is a regular contributor to Accenti Magazine.

“Anywhere in the World” is the Grand Prize Winner of the 2022 Accenti Writing Contest. For details on next year’s contest, click here.

Rita Ciresi is author of the novels Bring Back My Body to Me, Pink Slip, Blue Italian, and Remind Me Again Why I Married You; the story collections Sometimes I Dream in Italian and Mother Rocket; and two award-winning collections of flash fiction, Female Education and Second Wife. She teaches at the University of South Florida.