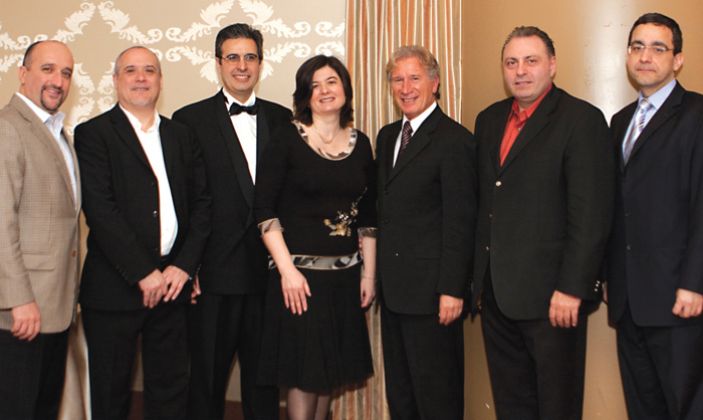 Accenti Magazine and its newly-formed Foundation welcomed the vernal equinox with a dazzling dinner and dance gala. On the eve of the first day of spring, over 150 friends of Accenti Magazine in stylish attire gathered at Buffet Roma in Montreal to celebrate the Magazine, introduce the members of the Foundation and show support for future initiatives.

The evening was enlivened by Disco Prestige, an open bar, generous door prizes and the energy of a vibrant crowd who danced all night. The menu of hors d’oeuvres, antipasto misto, salad with almond shavings, tortellini in rosé sauce, and short rib veal, was as elegant in the presentation as it was delicious. The repast was capped by an assortment of desserts and espresso coffee.

The event was an opportunity to introduce the Accenti Foundation, as “a non-profit organization whose mission is to promote Italian Canadian cultural and artistic expression through the publication of Accenti Magazine.” The Board of Directors is composed of Joseph Prattico, Vice-President at Dumoulin Electronics; Phil Terriaca, President of TLC Global; Dominic Iannuzzi, Investment Advisor at National Bank Financial; Remo Scappaticci, CA at Rubano Scalia; and Annibale Palermo of Hannibal Productions. The Board also includes Accenti Magazine’s editor-in-chief, Licia Canton, and publisher, Domenic Cusmano.

Asked about the Foundation, Domenic Cusmano explained that its function is to be one of a number of instruments in allowing Accenti to succeed in its mission. “The Foundation and the Magazine are separate entities, so the Foundation board does not influence the content of the Magazine. However, the board can decide to support financially (or not) some of the Magazine’s initiatives.”

The Montreal-based magazine with the distinctively Italian accent, was praised by the Honourable Christian Paradis, Minister of Public Works and Government Services and Member of Parliament for Mégantic-L’Érable, when in November 2009 he announced government funding for Accenti. He said, “Accenti provides especially captivating articles for anyone who shares an affinity with all things Italian. It is an eloquent example of how Canadian magazines can enliven and strengthen our communities.”

Not just a community magazine, Accenti is available across Canada at Chapters and Indigo, and a variety of bookstores and newsstands through Benjamin News. It is also distributed in select areas of Montreal through The Gazette. According to Cusmano, the wider distribution allows Accenti to have greater impact, and the response from readers is mostly positive.  “On the other hand,” Cusmano added, “some people seem surprised that Accenti talks about such a wide range of topics the way it does.”

Accenti’s initial goal of celebrating Italian influence on Canada’s cultural and literary heritage remains, but as Domenic Cusmano elaborated, “goals are always changing.  The main objective is to keep expanding the reach and readership of the Magazine, and make each issue better, more informative, more interesting than the previous one.”

If the first gala dinner and dance is any indication, the Accenti Foundation is well on its way to accomplishing its mission of helping the Magazine expand its reach. The often-cited complaint that Italo-Canadians are disinterested in the cultural life of the community was easily dispelled by the presence of so many young professionals, alongside many familiar figures in the community, and a table laden with door prizes from sponsors and supporters. “The response to this initiative was phenomenal and this augurs well for next year’s gala,” exclaimed Cusmano.  The Magazine and the Foundation can use the help of volunteers. People who wish to help can write to accenti@accenti.ca. 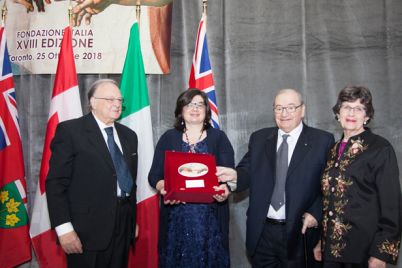 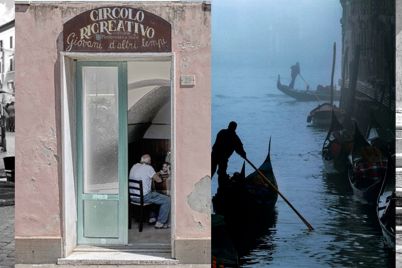 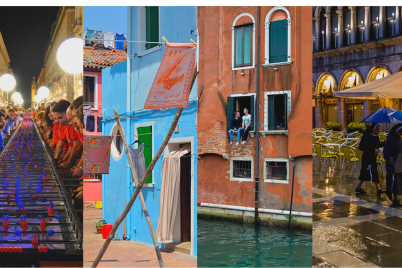